The Japanese took up the gas the fuel of the future?

Japan today is the beginning of a trial extraction of methane hydrate - a form of natural gas, whose reserves, according to some experts, can largely solve the energy problems of the country. Special research vessel "Tiko" /"Earth"/ started drilling in the Pacific ocean 70 km South of the Atsumi Peninsula near Nagoya city on the East coast of the main Japanese island of Honshu.

In the past year, Japanese scientists conducted a series of experiments on Pacific drilling bottom in search of methanehydrates. This time they intend to test a full-scale energy resource extraction and the selection of his of methane gas. If successful, commercial development of the field in Nagoya will start in 2018.

Methanehydrate or methane hydrate is a compound of methane gas with water, resembling the appearance of a loose snow or melted ice. This resource is widely distributed in nature - for example, in the permafrost zone. Under the bottom of the ocean there are big deposits of methanehydrates study that until now was considered to be disadvantageous. However, Japanese experts claim that have found a relatively cost-effective technology.

Stocks of methanehydrates only in the area South of Nagoya city are estimated at 1 trillion cubic meters. Theoretically they can fully meet the needs of Japan's natural gas needs for 10 years. All in all, experts predict, methanehydrate deposits under the ocean floor in the surrounding areas of the country will last for about 100 years. However, the cost of the fuel taking into account processing, transportation and other expenses still exceeds the market price of conventional natural gas.

At present, Japan lacks energy resources and imports. Tokyo, in particular, is the world's largest buyer of liquefied natural gas. In recent times, after the accident at NPP "Fukushima-1" and the gradual shutdown of all nuclear plants Japan's needs for energy has increased 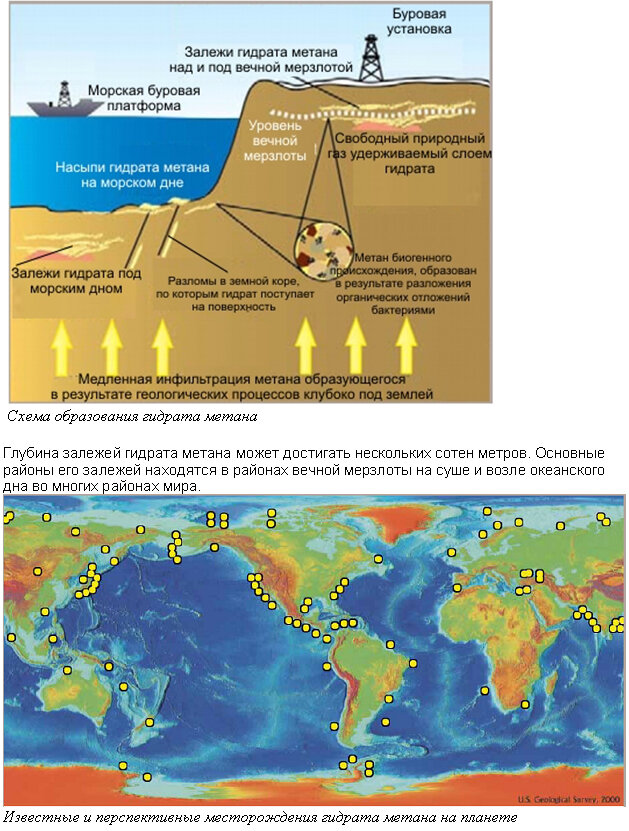 Despite the development of alternative energy sources, fossil fuels still retain and, in the foreseeable future, will play a Central role in the fuel balance of the planet. According to experts, ExxonMobil, the energy consumption in the next 30 years on the planet will increase by half. As the productivity of the known deposits of hydrocarbons is reduced, large new fields are opened less and less, and the use of coal damages the environment. However, scarce reserves of conventional hydrocarbons can be compensated.
The same expertise that ExxonMobil is not inclined to dramatize the situation. First, the technology of oil and gas developing. Today in the Gulf of Mexico, for example, oil is extracted from a depth of 2.5-3 km below the surface, such depths have been unthinkable 15 years ago. Second, develop the technology of processing of complex types of hydrocarbons (heavy and sour crude oil) and petroleum substitutes (bitumen, oil Sands). This allows you to go back to traditional mining areas and resume the work, and also to start mining in new areas. For example, in Tatarstan, with the support of Shell, starts production, the so-called "heavy oil". In the Kuzbass projects for the extraction of methane from coal seams. 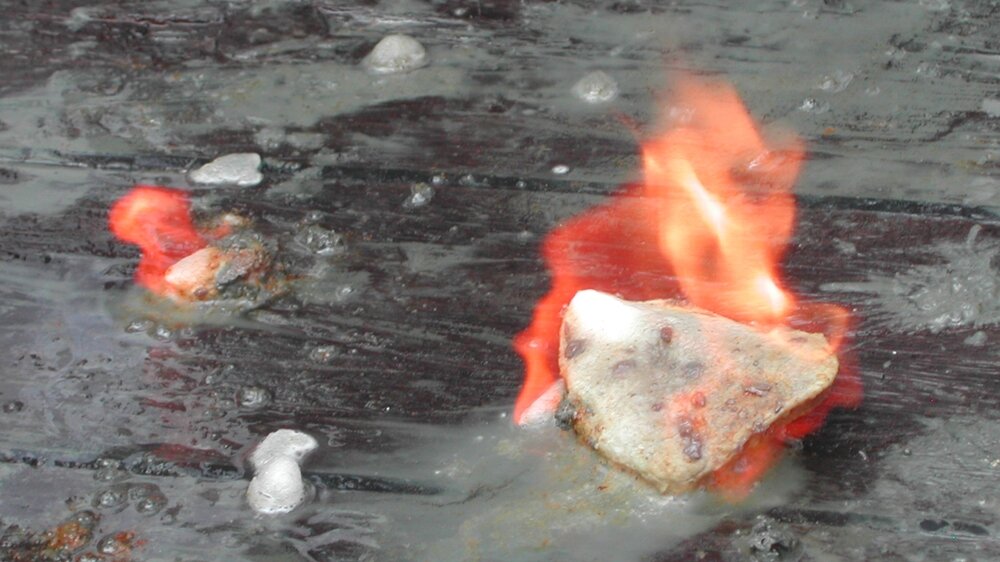 The third direction of maintaining the level of hydrocarbon production associated with the use of nontraditional species. Among the promising new kinds of hydrocarbons scientists identify methane hydrate reserves on the planet, according to the tentative estimates, make not less than 250 trillion cubic meters (energy value is 2 times the value of all the planet's reserves of oil, coal and gas combined). 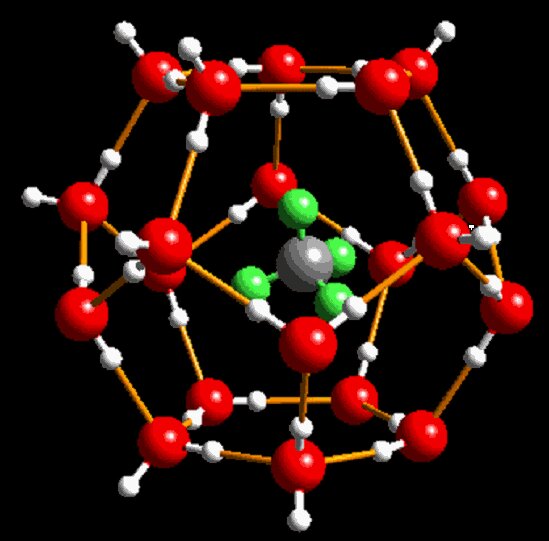 The model of methane hydrate

According to estimates of the U.S. Department of Energy, reserves of methane hydrate on a huge planet. However, so far this compound is hardly used as an energy resource. The Department has developed and is implementing a program (R&D) search, evaluation and commercialization of extraction of methane hydrate. 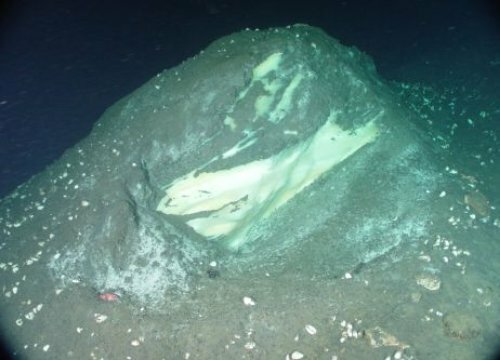 From the hill of methane hydrate on the seabed

It is no coincidence that the U.S. is ready to allocate significant funds to develop technologies for the extraction of methane hydrate. Natural gas is in the fuel balance of the country is almost 23%. The majority of the natural gas the United States receive by pipeline from Canada. In 2007, natural gas consumption in the country amounted to 623 billion cubic meters By 2030 it may grow to 18-20%. Using conventional deposits of natural gas in the U.S., Canada and offshore is not possible to provide this level of production.

But then as they say there is another problem: along with the gas rises the huge mass of water, from which the gas will need to clear with all possible diligence. No such engines, which would not care even 1% of the mass of fuel in the form of chlorides and other salts of the ocean. The diesel will die first, the turbine will stand a little longer. Except that the EXTERNAL combustion engine Stirling?

So feeding into the pipeline gas directly from the bottom layer - will not work in any way. The specific at clearing the Japanese will hlebanul above the roof. And then for them to undertake green for pollution in the deep ocean near-bottom layers. Most likely the jet of sand and other impurities will reach the stream and will be visible from space. How about a jet in the sea of Marmara from the Bosphorus.

I really this project and its prospects reminiscent of the ambiguous and largely controversial project on shale gas.