In July 2018, Roscosmos again began searching for spies who allegedly put valuable secret information to foreign countries. This time it was about hypersonic developments, information about which foreign party could put the staff of TsNIIMash, the head of the Institute of state Corporation, located in Korolev, Moscow region. In reality, even if the staff of this institution and engaged in any prohibited contact with foreigners, the damage is unlikely to be stronger than the transfer to China of the technology of manned space exploration that occurred in the 1990-ies.

China, watching the successes of the USSR and the USA in the 1960-ies, could not remain aloof from the plans for active exploration. At the end of the decade China began to develop its first manned spacecraft Shuguang ("Dawn"), and in the early 1970-ies formed the first detachment of the taikonaut. Externally, the Chinese "Dawn" reminded us of the near-earth manned spacecraft Gemini, However, the "project 714" is not destined to be realized, primarily due to the lack of necessary electronics and lack of funding. Then China chose to focus on the development of satellites, eventually learning not only to launch but also to return a spacecraft from low-earth orbit.

With the closure of the "project 714" to China at least twice in the second half of the 1970s and early 1980s years, intensified work on manned space flights, which however were not successful. Finally, in 1992, immediately after collapse of the Soviet Union, China began to implement "project 921", the first result of which was manned launch in 2003, the spacecraft Shenzhou ("Magic castle") and Colonel of the PLA air force, Jan Leveen. The spacecraft, having made 14 orbits around the Earth, and successfully returned deflatable capsule with a taikonaut. China became the third country in the world after the USSR and the USA, managed to send a man into space and bring him back. A month after the flight Livaja was sent into space in taikonaut Fay Tsunglin and Not seasons Park hotel.

In China do not hide that the basis of Shenzhou on "Union". Nevertheless, the General designer of Chinese spacecraft Qi Fagan, a graduate of the Beijing Institute of Aeronautics and Astronautics, insists that Shenzhou is fundamentally different from "Union" and even surpasses it. The facts speak for themselves: the ship is mostly copied from the "Union" and surpasses it in capabilities. 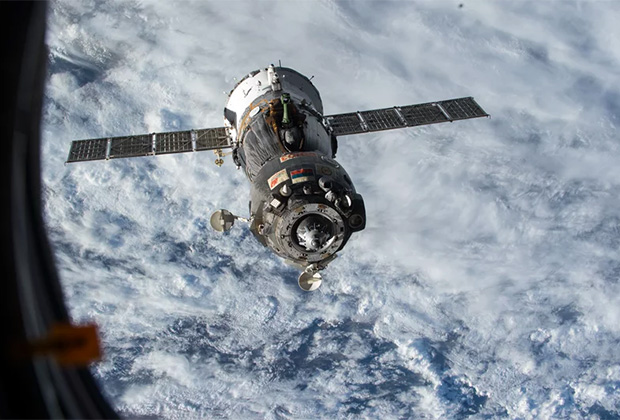 Structurally, the compartment, the lander and Shenzhou household compartment has received from the "Union." The Chinese ship in the diameter was larger Soviet (2.5 meters to 2.2 meters). The location of portholes and engines, flight control and roll from Shenzhou is also the same as "Union". However, the Chinese ship, apparently, according to their capabilities superior to Soviet prototype, as originally received orbital module that looks like a household compartment of the first design variant of the vehicle 7K lunar flyby trajectory one of the complex 7K-9K-11K project 7K-9K-11K. Using such systems, including manned spacecraft, upper stage and tankers-tankers, in 1960-ies Sergei Korolev was planning to send astronauts to the moon.

In this regard, the purpose of the ship, designed and manufactured by Chinese research Academy of space technology and Shanghai research Academy of space technology, somewhat different from the challenges facing the Soviet (and Russian) "Unions" now. First of all, catches the eye received orbital module Shenzhou allow more opportunities for modifications and special equipment, including military intelligence.

It should be noted that for launches Shenzhou used the carrier rocket CZ-2F, which actually represents increased Soviet missile UR-200 with four side boosters (as have withdrawn from the production of the European rocket Ariane 4). Unlike manned spacecraft, Chinese media lags behind in its characteristics from Western and Russian analogues. China, unlike Russia, the US and the EU, have not yet created a fairly efficient rocket engines: fuel vapor in the CZ-2F represented by the nitrogen tetroxide (oxidizer) and toxic unsymmetrical dimethylhydrazine (fuel), unlike liquid oxygen and kerosene rocket "Soyuz".

So how does the China managed to create Shenzhou? An important role was played by the collapse of the Soviet Union, China, providing quick access to technology as a world superpower. In the mid 1990-ies the Chinese side has bought from the Russian side the descent module of manned spacecraft "Soyuz", and the Ukrainian — equipment for docking. Almost simultaneously with such supplies to Russia began training Chinese taikonaut. Already in the late 1990s, Russian officials confirmed the transfer to the Chinese side technologies relating to manned space flight, noting that such contacts were carried out by separate enterprises of the space industry, and not through the governments of Russia and China.

Speaking about Russia, first and foremost, this was about the suburban RSC Energia, which produces the ship Union. China, the Russian company has set the descent module, equipped with a minimum set of equipment, because the cost of a full manned spacecraft was too high for China. Also, Chinese experts have repeatedly visited the Russian enterprises of space industry, including Samara RCC "Progress", where commercially available rocket "Union" for the launch of the eponymous ships.

In such events, the Chinese experts have acquired the technical documentation and no longer used equipment, and was also interested in questions concerning the dynamics of flight and work of systems of energy supply of spacecrafts. In addition, far Eastern neighbor has invited Russian scientists and engineers to read the lecture. The experts that have agreed to this, later said that during such visits, the Chinese side tried to learn as much as possible about the technologies associated with manned space flight. So it was no surprise that launched the first (unmanned) Shenzhou was practically a copy of the "Union."

Apparently the same way it proceeded in cooperation with the Chinese side, General Director of TsNIIMash-Export , Igor lath, sentenced in 2007 to 11,5 years of imprisonment for the report "numerical simulation of aerodynamic flow around asymmetric models in supersonic flow". Similarly with the Chinese side cooperated Vladimir lapygin, 1987-2005 years held the position of chief Scientific and technical center of aerogasdynamics of TsNIIMash, and in 2016 received seven years of colony of strict regime for software, which allow to calculate the optimum aerodynamic characteristics of hypersonic vehicles.

Of all the technologies that are currently left in Russia from the Soviet Union, China is primarily interested in rocket engines. However, in NPO "Energomash"recognize that China is already close to building an energy efficient engines like the RD-180, which are supplied in the United States, and does not agree to buy such large quantities of power units at Russian enterprises. The situation is even more interesting — the United States is still entitled to sell China a license for the RD-180, although, of course, is unlikely to do so. In addition to Russia, China borrowsthe last remaining relevant space technology in Ukraine, in particular, the "block E" of the descent of the lunar module, which in the late 1960s — early 1970s the Soviet Union was planning to land the first astronaut on the surface of the satellite.

Can you relate to people and countries who profit from the sale of Soviet development, however, the greatest concern is the way in which they appear.