Print version Material posted: Publication date: 11-08-2020
The introduction of artificial intelligence technologies in all spheres of life in the next 20 years, according to the forecast of the McKinsey global Institute, will create a new reality. It causes excitement, and fear for the future of humanity. "Ribbon.ru" to understand whether it is possible to adjust the field of AI so that it does not hurt people.

Artificial intelligence surrounded the man so tightly that it has become a matter of global importance. The introduction of AI technologies in all spheres of life in the next 20 years, according to the forecast of the McKinsey global Institute, will create a new reality. Smart automation can be comparable with the scale of recent industrial revolution that creates and excitement, and fear for the future of humanity. Not surprisingly, researchers around the world are trying to figure out how to adjust the field of artificial intelligence so that it does not hurt people. Is it possible? What do you think in Russia? "Ribbon.ru" to understand what obstacles can occur in the way of regulating AI.

So bequeathed to Stephen Hawking

The rapid development of artificial intelligence dominates the minds of researchers around the world. In 2019, the Council of Europe established a Committee of experts on artificial intelligence (Ad hoc Committee on Artificial Intelligence — CAHAI). The decision to create such a body caused by the extremely rapid development of machine learning, in connection with which there is a need for legal regulation of these processes. Members of the organization believe that the lack of legal background can threaten people discrimination, harassment and manipulation from various online platforms.

"Artificial intelligence will revolutionize our lives. In areas such as medicine, communication and transport, opening up new opportunities. But the consequences of its promotion of democracy, human rights and the rule of law is still unclear. As warned the now deceased Stephen Hawking, the risks of unregulated artificial intelligence is unprecedented," said the Secretary General of the Council of Europe Jagland, Torbern, explaining the need for the establishment of a task force on AI's assessment of its threats and opportunities for human rights.

At the beginning of July 2020 at the site of CAHAI, a conference was held, which was attended by over 250 representatives of the 47 member States of the Council of Europe. In addition, the event was attended by delegates from other countries, including Vatican city, Israel, Mexico, USA and Japan. Russia at the meeting was represented by two speaker — Advisor on international cooperation and coordination of competence Center STI "Artificial intelligence" MIPT Andrey Kuleshov and Vice-President of "SKOLKOVO" Maxim Fedorov. In March, Professor Fedorov was among ten people who were invited to the expert group UNESCO on artificial intelligence. This group aims to develop recommendations for ethical principles in the development and use AI.

We recognize and are unable to ignore. The number of participants of the working group will be slightly more than ten people. My participation in this group — including the merit of our diplomats and our experts. This is the example of civil society when the government and the expert community are at the same time. But without recognition of the international experts I have serious doubts that we would be called back
Maxim Fedorov
Professor

For the expert community the invitation of Russian experts to work on the regulation of AI was not a surprise. Russia plays an active role in shaping the international legal framework for the regulation of artificial intelligence, says Kuleshov. Our scientists have the experience, expertise and resources in order to qualify for a leading position in the sphere of development, based on artificial intelligence. Now the country grow "totally awesome idea", each of which can change the world, says Kuleshov. 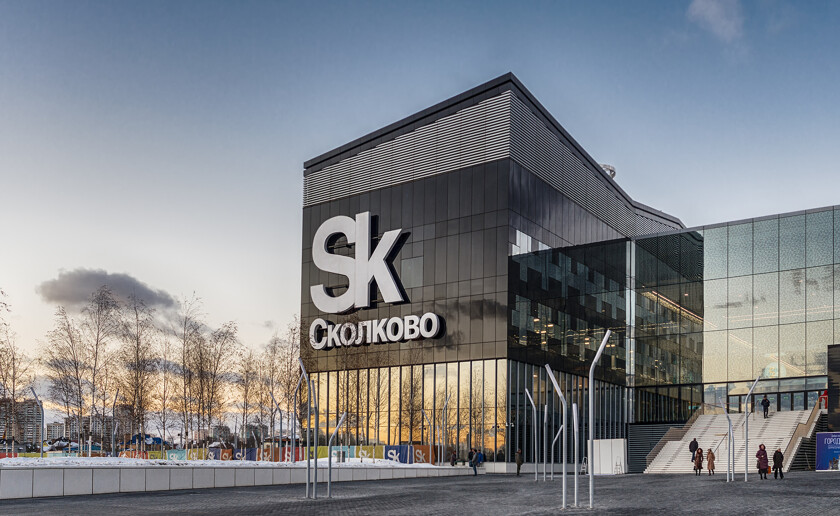 "We already convenient to develop AI, you can make it even more convenient. And in the world, of course, Russia's contribution to AI is important," he said in a conversation with "Tape.ru".

Similar position is held and Vice-President of Skoltech Fedorov. In his opinion, today Russia has all chances to compete with the dominant USA and China market of intelligent systems. Many came from Russia a long time working in major international companies along with foreign developers. The scientist lamented that due to the circumstances Russian professionals have to leave the country, but in some regions the situation is encouraging, for example, in the capital.

"Moscow now is the second to San Francisco in terms of quantity, quality and density of development in the field of AI. Therefore, many experts do not leave from Moscow. There is an interesting work, interesting tasks and development of the expert community", — has assessed the situation, a Russian scientist.

Fyodorov believes that Russia can take its rightful place in the world of high technology, but it is necessary to adhere to proper strategy — not to try to catch up with the West and the East, and overtake them, synthesizing different approaches.

"Russia has a lot of unique tasks for themselves: management of territory, development of the resource extraction industry and the production of a continuous cycle. If we manage to solve these problems, then later we will be able to scale their technological solutions all over the world, and Russian technologies will buy a lot of money," he described the situation to the Professor.

"To discuss some kind of entity that does not exist"

At a recent Committee meeting of the Council of Europe Vice-President of "SKOLKOVO" has allocated one of the main problems of development of artificial intelligence — unjustified giving AI status of subjectivity. The scientist has in mind that the technologies themselves are "ethically neutral", so it can cause a real evil, unlike the one in control of intelligent systems.

We inflated the bubble of the importance of AI in vain, and give this set of technologies, the properties of the subject. This is largely done by journalists, by people without technical education. They are discussing some kind of entity that does not exist. In the mass consciousness is formed of a meme about an AI that gains the traits of the terminator, on the one hand, and traits of a superior being with good intentions on the other. It's all fairy tales

According to the expert, in the regulation of development and implementation of AI necessary to keep man-centered approach in all documents, and to avoid "humanizing". Otherwise, it will appear the asymmetry of responsibility — both economic and social. In other words, in any unclear situation, you will be able to shift the blame to a soulless computer. Because of this, the Creator of the technology will be innocent and will receive a profit, and the victim will have to deal with the damage yourself.

Fedorov considers a situation where risks are borne by the end users, are unacceptable. To avoid such situations, it is necessary to focus primarily on the ethical issues in the field of AI.

"The problem of ethics — primary. Having developed these rules, we can translate them into behavior in cyberspace. As now information technologies widely penetrate thanks to the Internet (and AI is no exception), there is a need for a global instrument on the ethics of AI technology," says Russian scientist.

This is already engaged, for example, the International organization for standardization. Russians take part in the discussion within the technical Committee TC-164, which develops technical standards for artificial intelligence at the national, interstate and international levels. As well as working on the first full manual on the ethical aspects of technologies of Autonomous and intelligent systems.

"Technical standards are under development. Working on it and in the UN. For example, last year we adopted the Beijing consensus on AI and education. I think that next year will begin the development of standards," predicts the Vice-President of Skoltech.

"Artificial intelligence does not exist"

And still, what should be governed by an artificial intelligence? In this question there are two important issues, says Andrey Kuleshov. First, the legal framework should strengthen the credibility of the technology and to protect the interests of person, society and state, and not Vice versa. And secondly, regulation should not hinder the sector's development, and this can be a problem. 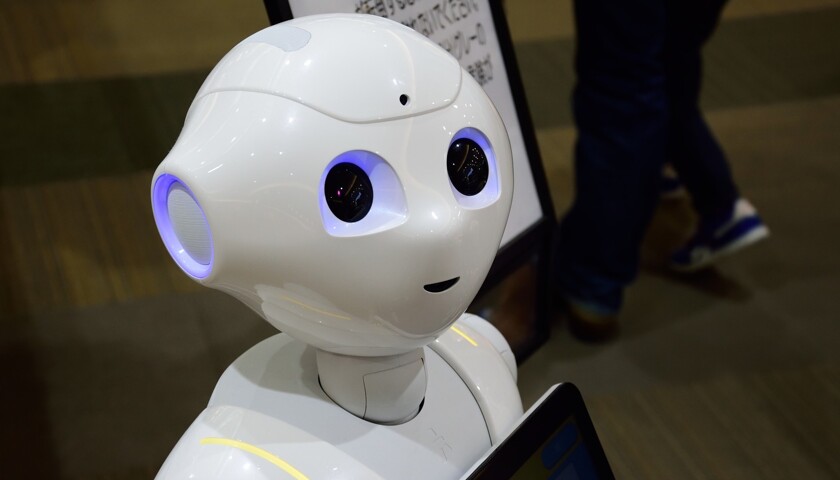 "Premature regulation in innovative industries would be an obstacle to innovation, can lead to regulatory arbitrage in the pursuit of innovation and the domination of large corporations," explains the researcher.

He draws attention to the fact that the object of regulation is not so much the AI system, how many people or organizations who have launched this system. In fact, Kuleshov supports the view of Fyodorov, who urges not to give artificial intelligence with human features.

"By itself, the AI does not exist. There are systems that demonstrate properties that are somehow similar to natural intelligence... That is, we regulate technology, not abstract philosophical artificial intelligence, which is, to my knowledge, does not exist," says Kuleshov.

He believes that the only logical way to control the AI to use a risk-based approach — that is, to regulate those areas the use of artificial intelligence in which is risky and can result in losses. For example, the work of chat-bots in the regulation does not require, however, if the AI make a mistake in the medical field, the consequences will be more serious.

The arguments of the foreign scientists intersect with the position of the Russian colleagues. Professor of private law at Turin's Polytechnic University, the Alexander Nevsky Martellaro believes that a system with artificial intelligence should be created to serve mankind, and in the development and use of such systems are obliged to respect human rights, demands for democracy and rule of law. 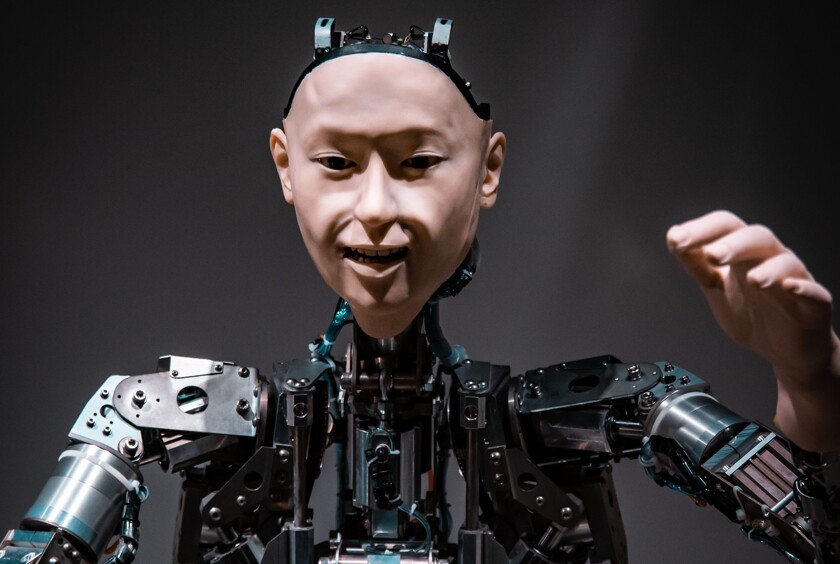 "Programs with artificial intelligence should allow for reasonable human control for their influence on individuals and society as a whole", — said the Italian expert during the event CAHAI.

In turn, the Professor of bioethics at the Department of healthcare and technology Swiss Federal Institute of technology stated that when regulating legal acts for AI, we need to focus on five ethical principles: transparency, fairness, absence of malice, responsibility and the protection of privacy.

"I think the international community agree on the importance of transparent, fair, responsible development and use of ethical artificial intelligence, which also takes into account the need to protect private life," he commented his position.

Caitlin Mueller, a member of the EU high-level artificial intelligence, noted that the development of ethical and legal standards should not be perceived as an obstacle to progress and innovation. According to her, the international legal framework for the regulation of AI needed in order to prevent irresponsible development of machine-learning techniques.