Silent and mysterious: why did the US secret spaceplane X-37B Print version Material posted: Publication date: 12-02-2019
Secret us military spaceplane X-37B conducted on-orbit to your next flight has more than five days. What does he do, what can you do in space for so long and is not responsible or whether it is a clear threat to Russia?

All the mysterious and incomprehensible is the us military under the designation X as E(X)perimental. It is the marking to get aircraft and missiles that are created for development of the technology. Almost all devices in this secret, and their ability becomes known much later.

Among such devices and already legendary Bell X-1 to break the sound barrier and the X-15 aircraft, the rocket plane reached a record for 1960, the height of 100 km and achieved a speed of six Mach. That is, every time we hear about the American flying technique with index X, you can be sure that we are talking about the prototype of some new technology for testing promising technologies, which will later be used in serial engines (or not). These aircraft and missiles was really a lot and not all was successful and fulfilled the tasks entrusted to them. 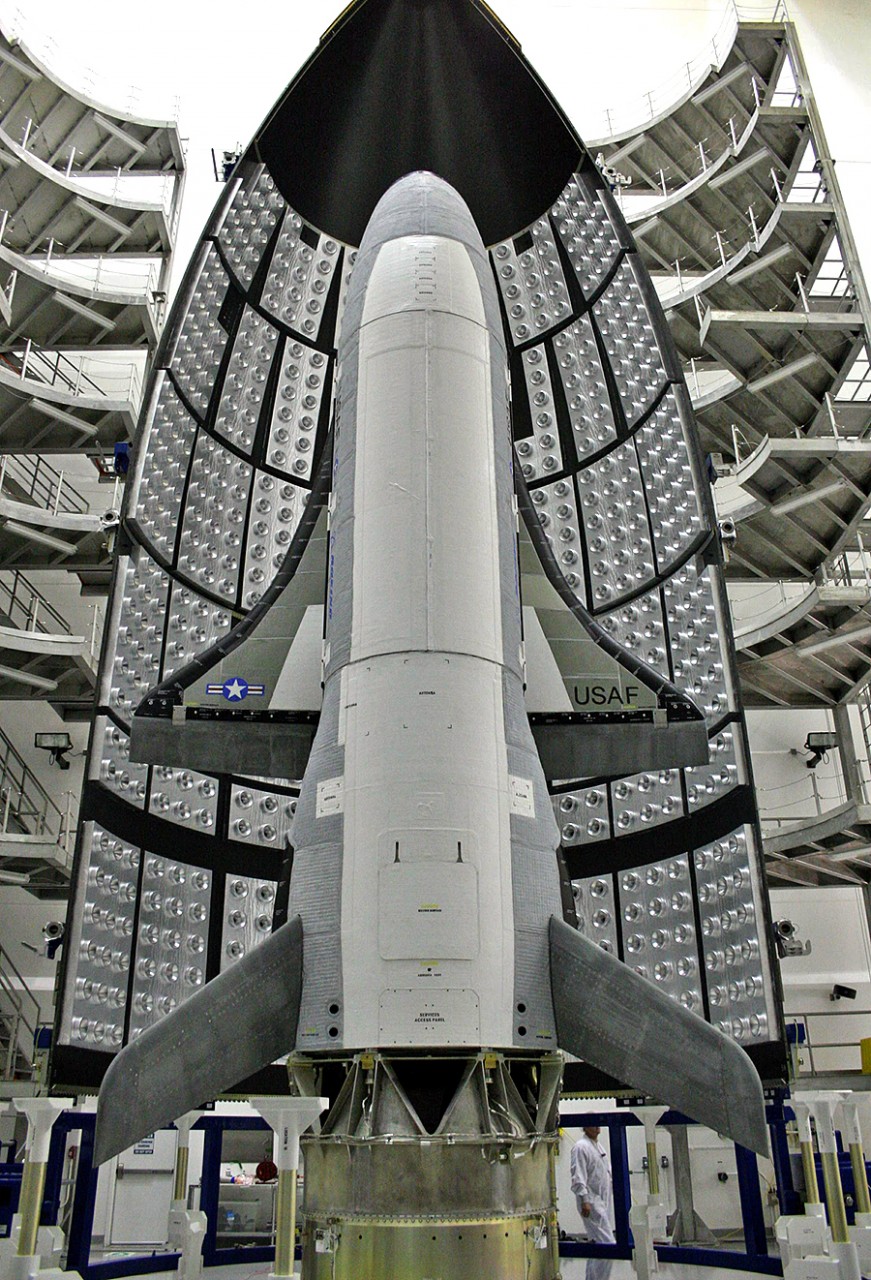 In this article we will talk about the spacecraft X-37B Orbital Test Vehicle (orbital test laboratory), produced by the Boeing company in the interests of the us military. This unmanned spacecraft reusable, famous for its long flights and subsequent landings in offline mode. His first flight he made in 2010, and for nearly 10 years, the debate continues about what its capabilities are and how dangerous this machine is for peaceful space exploration and other countries.

The reason is simple — the almost complete lack of information. The us military preferred to remain silent or to get rid of unimportant phrases about experimental purposes.

Come down to the fact that the pilot number of the magazine "Russian space", released in November 2018, the spaceplane is not enough that called almost the main threat to peaceful space exploration, but also attributed the ability to carry nuclear weapons and superpower "hang" on trehsotmetrovoy altitude over North Africa, the Middle East and China, "drifting over our planet."

The rules of space traffic

The biggest problem in explaining the motion of space vehicles that physics is counterintuitive. We used to imagine space travel, like in the movies and TV shows where the characters can simply "slow down and hang over the planet" in any convenient place and time. In reality it is not so.

All spacecraft and objects on the Earth's orbit, flying with great speed in an orbit. And only dialed the speed does not allow them to fall back to the planet under the influence of gravity. And it is impossible for the orbit to slow down, rather, you can, but it immediately will change the orbit. Also change orbit and speed.

The transition from orbit to orbit eats a huge amount of fuel and oxidizer that is comparable to what you need to take off from the planet and the EVAs. The change of inclination (angle of orbit relative to the equator) to 45 degrees will require as much energy as you need to blast off from Earth and go into space. 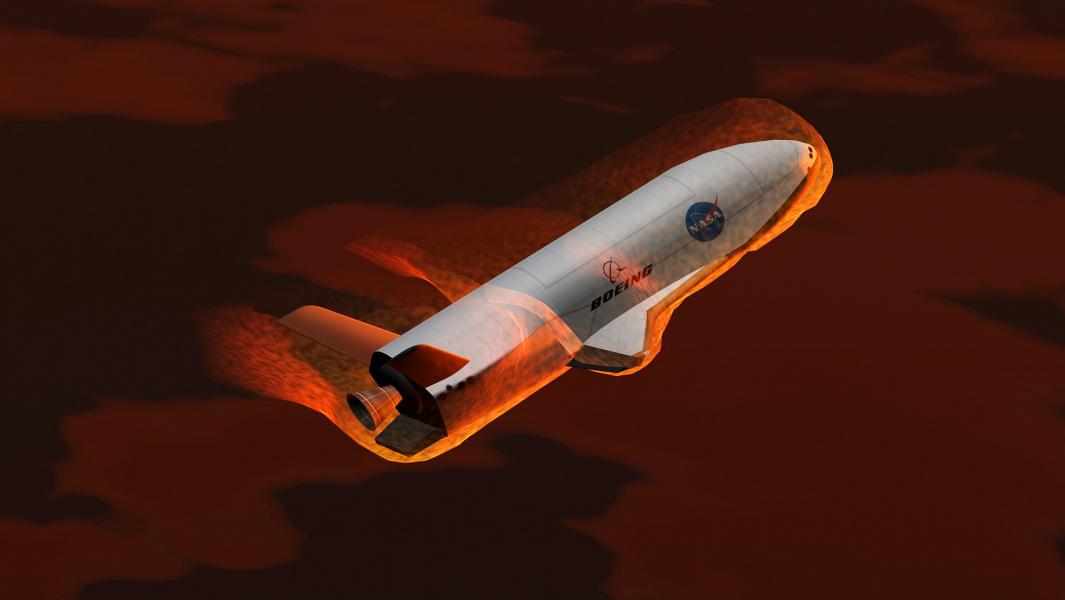 If you run the X-37B to orbit close to the desired apparatus to get close to him for repair or destruction of the spaceplane will be able to, but go to another orbit or "hover" above the Ground it will not work / Photo: commons.wikimedia.org/NASA/Marshall Space Flight Center

And "constantly hover" over one point on the planet is possible only at a high geostationary orbit at 35 786 km from the Earth's surface, or wasting fuel so that in modern the booster it will last for a couple of minutes.

So when it says that X-37B can maneuver in space, it is not necessary to provide a spacecraft capable of flight to visit several satellites in different orbits. Yes, in the event of a launch into orbit close to the desired apparatus to get close to him for repair or destruction of the spaceplane will be able to, but go to another orbit or "hover" above the Ground he doesn't, it's not really science fiction.

It turns out that the danger of such a spacecraft is born in the minds, not fully familiar with how moving space objects. Most of the time boingovskoy a spaceplane, like all the other spacecraft moves along its orbit, as expected from the laws of physics.

Can dig, can not dig

So what really can this spacecraft and what it really use? Its main advantage is reusability and the possibility of returning to Earth. After the rocket plane launched into orbit using conventional rocket (used for the original "Atlas-5", and in recent times, and cheaper "felkon-9"), he can really make a rapprochement with the spacecraft in close orbit to produce the desired manipulation, and then come back.

It can be used as accurately as possible and at a time to make a sowing of several small satellites, such as intelligence. That is, we again can only talk about a wider orbit, but not about a serious change in orbit.

In fact, he X-37B can be used for reconnaissance, but it's expensive. Much easier to bring a specially designed spacecraft, even the disposable. Otherwise it is something like nailing with a microscope and uncomfortable, and the microscope is a pity. Similarly, with the launch of nuclear warheads — technically feasible, but absolutely pointless. The more payload the X-37B is very small and is only 900 kg. 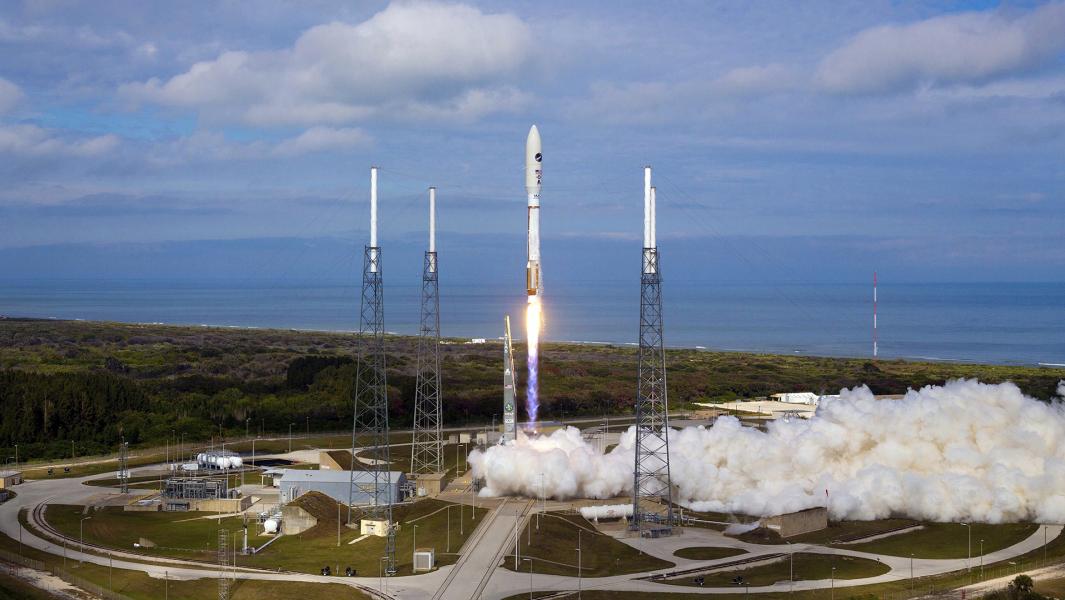 Run a disposable two-stage launch vehicle family Atlas, on Board of which is the spacecraft X-37B Orbital Test Vehicle / Photo: Getty Images/DoD/Corbis

Then why he is in orbit so long? This is the fifth flight, and the shortest, the first, lasted 224 days, and the penultimate, fourth, lasted for 718 days. The reasonable assumption here is only one — with the help of a spaceplane really is a series of some military experiments on the long-term presence in space. Most importantly, the results of the experiments can, without violating the secrecy, to return back to Earth. To put these experiments in the International space station, and harder and longer. There will also be much more time between the end of the experiment, and return its results, which can affect the final result.

Earlier it was statedthat under the current flight will take place the experiment Advanced Structurally Embedded Thermal Spreader (ASETS-II) for testing experimental electronics and oscillating heat pipes during prolonged space flight. In previous runs the main study was testing an ion engine based on Hall effect of the company's Aerojet Rocketdyne XR-5A.

Ion engine based on the Hall effect is an electric rocket engine produces thrust based on ionized gas. There is nothing particularly secret, these engines have very low thrust and are used to control the orientation of spacecraft or travel in deep space. 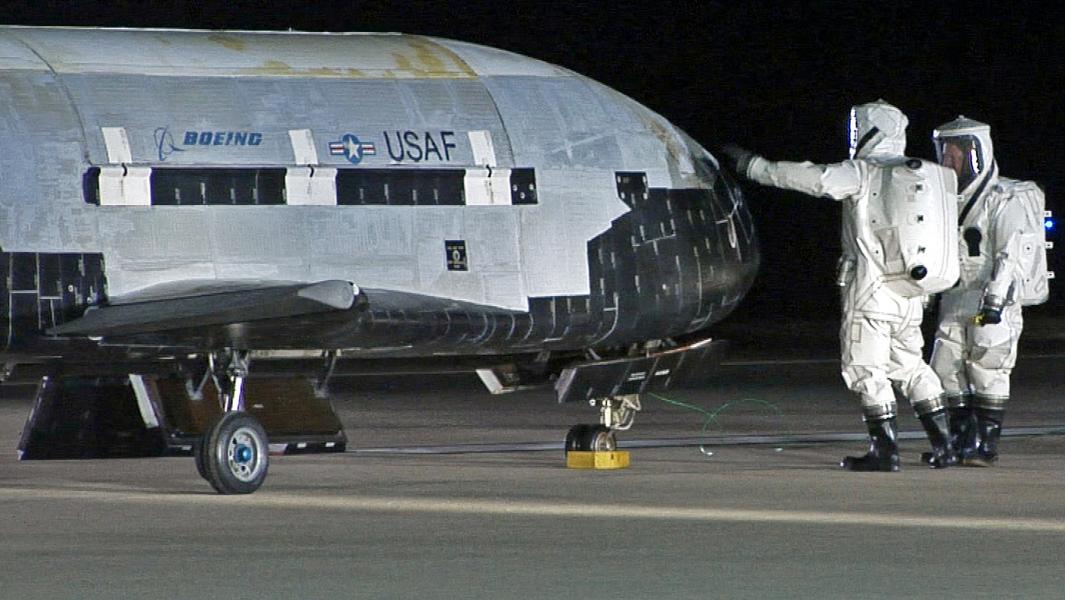 The most important thing is in the other — the ability to launch X-37B, to control its flight and the landing itself gives the us military a lot of important and useful information. This is an invaluable experience that can be implemented later for the really serious military space technology. How does the thermal protection of the ship during flight and during landing, as severe damage to leaves space debris (it is known that during the first, very short, flight, the spaceplane has received at least seven have left their mark on the surface of the damage).

And this experience can easily be converted in spaceplane of the future, while we remain with multiple experiments of the Soviet era and the only, albeit brilliantly executed, the flight of the "Buran".

To shake his fists and trying to stop the us study in this case is useless. Most likely, they do all correspond to the spirit and letter of the law. Yes, they will be used to create reconnaissance satellites and other military equipment, but, alas, the rules of the game. To change them we can't. Roskosmos need to boost their development, but is on the horizon, nothing is real.