Space Agency NASA has selected three companies — Beyond Orbit, Astrobotic and Intuitive Machines, on which the space Agency has entrusted the task of delivering scientific and technological equipment on the moon in 2020-2021 years before scheduled for 2024 landing of American astronauts on Earth's natural satellite. This announcement is important not only for the reason that while none of the private companies in the world has managed to safely land on the moon (the latter approximate is the story of the Israeli machine "Genesis"), but also because for US it will be the first soft landing on the satellite later 46 years since the last landing, according to the portal Ars Technica.

In the framework of Commercial Lunar Payload Services, which is part of the program "Artemis", a key objective is the creation of the satellite Earth permanent research base, the Agency will provide the three companies in total 253,5 million dollars for completion and sending their landing modules.

"The most important goal that is facing us is science. But this time we want to implement this project together with partners. We want not just to return to the moon, but also to develop a full-fledged industry. The only way we will be able to stay there," said Thomas Zurbuchen, assistant chief of the office of scientific research NASA.

So, Beyond the Orbit of Edison (new Jersey) will receive 97 million dollars for the delivery of the four goods to the Sea of Rains in the North-Western part of Earth's natural satellite by September 2020 with the lander Z-01.

The device will be sent to the Earth with the help of the carrier rocket Falcon 9 from SpaceX. The mission objective will also be to better understand the specifics of landing on the lunar surface and to determine any effects that may be as a result nearby structures. Here we are talking about that in the future landing of spacecraft on the satellite will be near creating on its surface buildings.

"The challenge is to understand how close to the landing area it is possible to build lunar homes," commented John Morse, head of the research Department at Orbit Beyond.

Company Astrobotic from Pittsburgh (Pennsylvania) will receive 79,5 million dollars to send 14 cargoes to the crater Lake of Death, located in the North-Eastern part of the visible side of the moon. Launches will be carried out either with the help of rocket Falcon 9, or with the help of the rocket "Atlas-5". This task is planned to be completed by July 2021.

The company Intuitive Machines in Houston (Texas) will allocate $ 77 million for the delivery of five cargoes to the lunar sea-Ocean of Storms by July 2021. This will be developed by lander Nova. 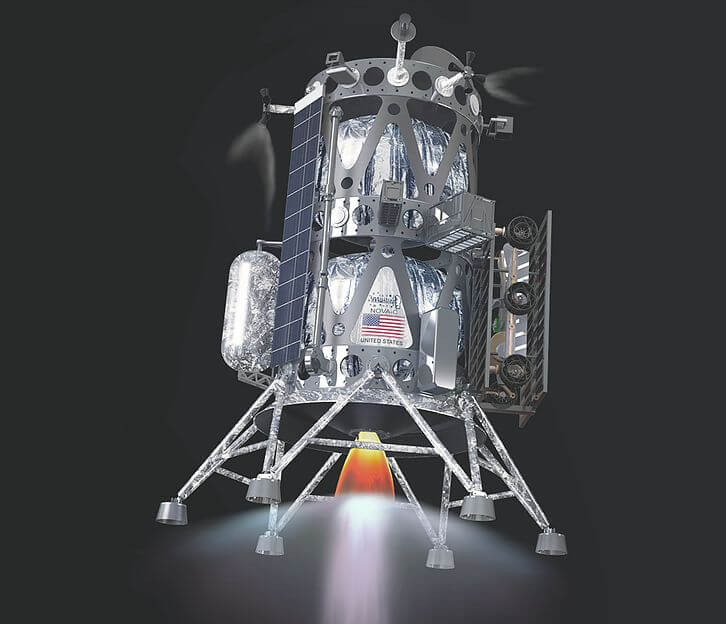 "These coiled modules will be only the beginning of an exciting commercial partnership, which will bring us closer to solving many scientific mysteries of the moon, in our Solar system and beyond," said Thomas Zurbuchen.

"Our knowledge will not only change our ideas about the Universe, but will lay the Foundation for our manned expeditions to the moon and then to Mars," he added.