Training fighter MiG-15, fled band, actually began to gain altitude. 100, 200, 300 m. Suddenly, in the rear cabin there was cotton, the turbine turns sharply began to fall. The plane was losing speed. That would not fall into a tailspin, the pilot gave the handle itself, moving the fighter on the decline. At the bottom was a desert. Ahead were the low mountains, beyond which was the precipice to the shore of the Caspian sea.

He gave 300 m of additional height. But 1.5 kilometers. Fighter not a glider. Altitude was rapidly decreasing ... 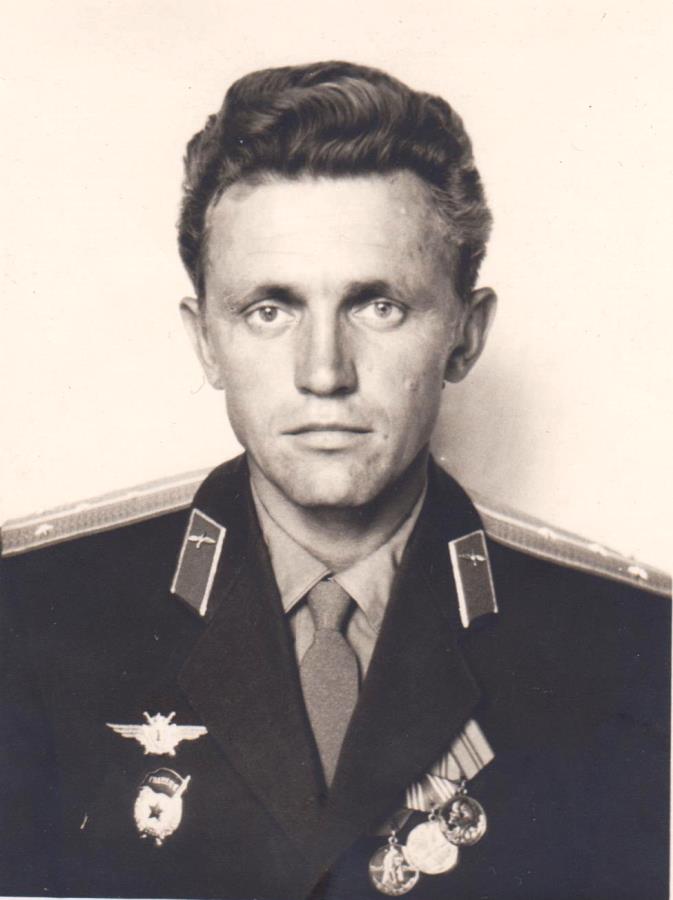 The pilot already surveyed the land, looking for a place for an emergency landing. His hand habitually reached for ORES (engine control handle). Ore in take-off position "max" was not! The handle was in the position of the minimum speed. Gently, but quickly, the pilot brought the revs on maximum mode. Turbine routinely buzzed. The aircraft has steadily gained height. At the bottom, very close, flashed across the top of the mountain. From the rear cockpit on the intercom the co-pilot muttered, "Lantern, lantern...". The pilot reported on KP about such a situation and asked for landing. The MiG-15 landed safely on the aerodrome 179 Guards fighter aviation regiment of the Baku air defense district in the city of Krasnovodsk (now Turkmenbashi).
The plane was piloted by pilot 1st class guard captain Yuri Petrovich Kulikov. After another vacation, his piloting skills were checked by an inspector from the division. The regiment was double the su-9 and pilot tested on an old MiG-15. Because of carelessness, not tightly closed by the inspector of the cockpit, takeoff ripped from castle. Pulled to the first stop. A jet of air, cotton, and the roar of the engine startled the inspector. He panicked, clutching at the handle, removed the ORES to a minimum. A few seconds separated the crew from death. The skill of the captain prevented the disaster. The inspector left the flight work.

This is one of the cases in 20 years of flight service of my father.
The son of a military pilot, who died in ' 41, Leningrad, too, wanted to fly. In the difficult postwar years, he enrolled in the Leningrad 2 the air force school, and after, in Kachin military aviation school of pilots. 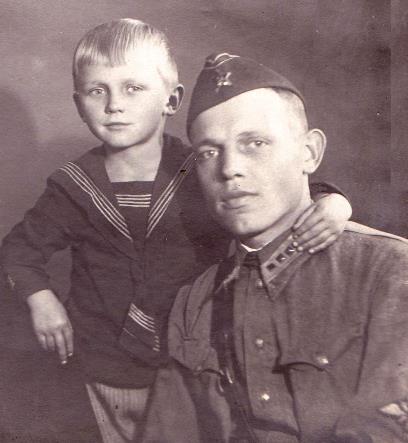 Father and grandfather Kulikov, Peter A., senior Lieutenant of the air force of the red army. 1938

The famous "Kacha" taught father's first steps into the sky. After becoming a Lieutenant he chose the Caucasus. Aviation air defense, honored 2 Guards IAP. The border is near. Troubled border. The flight, duty, flights to intercept. Father loved to fly. Flew in simple and complex weather conditions, day and night. He quickly became a pilot of the 1st class. 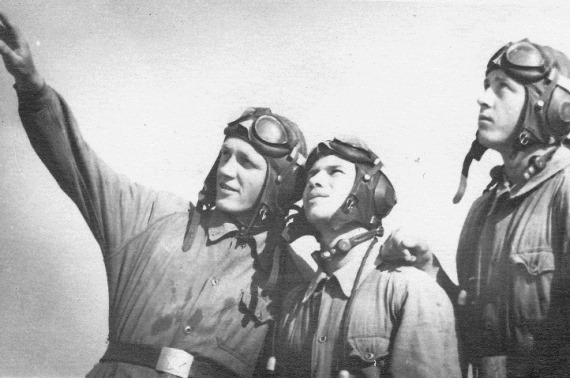 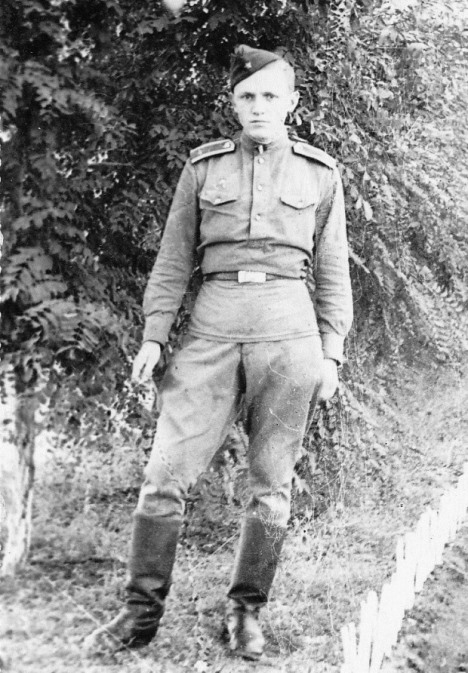 In the early 60-ies of the air defense of new supersonic interceptors su-9. Began development of new equipment and aircraft of the 3rd generation. Radar sights and missiles. To fly "drying" it had been in Turkmenistan. The desert and heat for 40 gr. Combat duty – a day in high altitude suit. Endless anxiety. And all the same crashes on an interception. 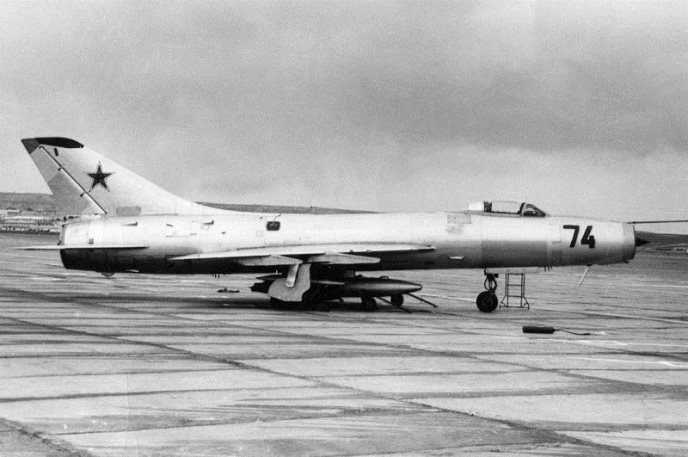 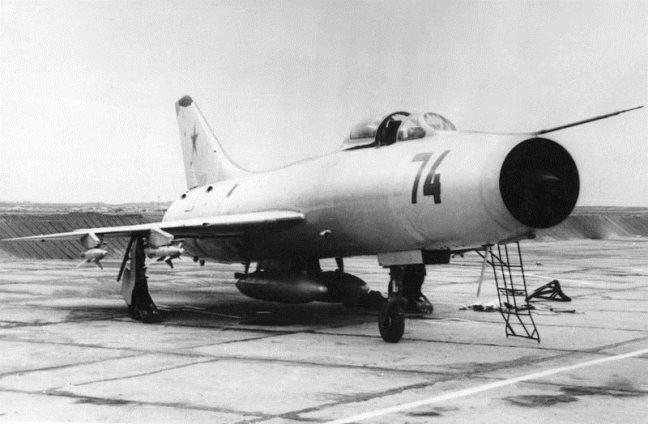 The su-9 in the Parking lot of the duty managers. Ready to fly to intercept. Under the wings of the missile RS-2УС. Under fuselage external fuel tanks.

Neighbors, Iran was friends with the Americans, and reconnaissance balloon periodically "blow out" to us tailwind. The aircraft from that side constantly probed the reliability of the border and to meet them was raised duty pair. The technique was new, challenging. The development of a new complex of interception was very difficult. The losses were. Almost every year the regiment lost pilots. Those were bitter days. It was a harsh job.
Dad took me, kid, with you at the airport or on duty. The first time I sat in the cockpit fighting the MiG-17 in Azerbaijan, when I was 3 years old. There were flights and on the gray concrete flew up and landed silvery airplanes. And everything around was red from the blooming poppies.

In Turkmenistan, the father showed me night flying. I loved to watch, standing at the bars as it comes in to land the aircraft fell into the rays of powerful spotlights, exposed along the runway. Fantastic spectacle. In the cockpit of the su-9 father taught me to understand the instruments, and I could climb all over the fighter, to touch combat missile RS-2УС, to observe the warming up of the engine. In the "tall room" I put on high altitude suit and mask. In the parachute class, soldiers learned to fold parachutes. It was very exciting. Sky called. And dad was always there. 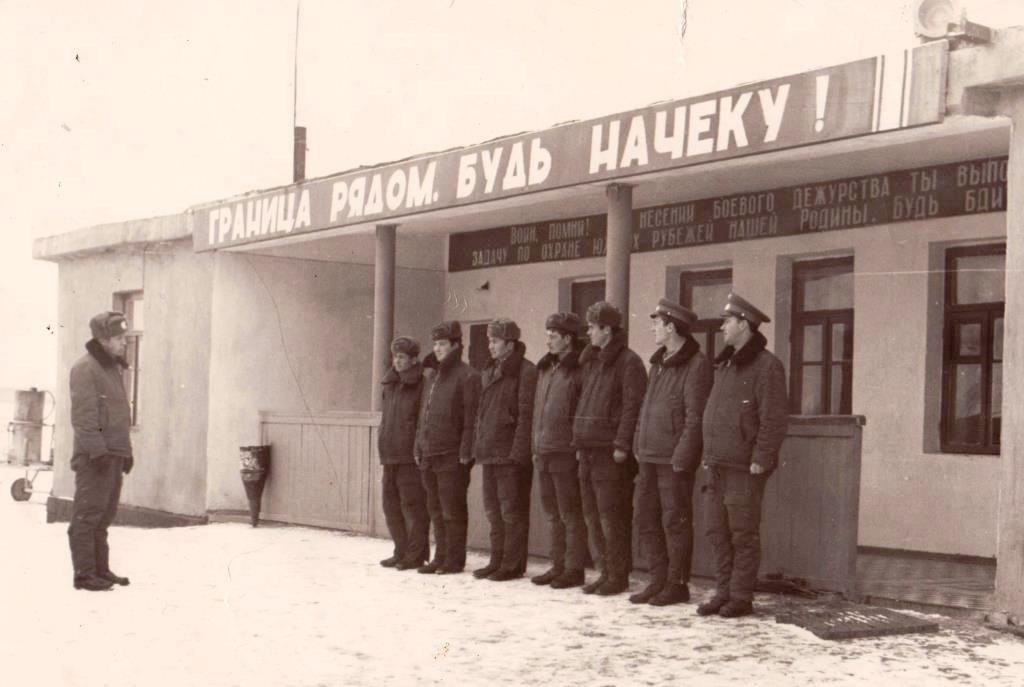 Attack on combat duty, the father instructs two crew on duty at the house of the duty managers. 1973

Dad was flying a lot, improve their skills. Successfully hit training targets. Writing in military journals professional articles about the interception altitude and speed goals. In the first division and in the first five pilots of the Baku air defense district, has been rewarded with a new higher class qualification of flight personnel of the "Pilot-sniper". A congratulatory telegram from the commander of the air defense Marshal of the Soviet Union Batitskoho guard major Kulikov is stored in the home archive. 3000 hours in the sky. Not on the liner on the route Moscow-Magadan, and training and combat flights. At supersonic and at altitudes up to 20 km. 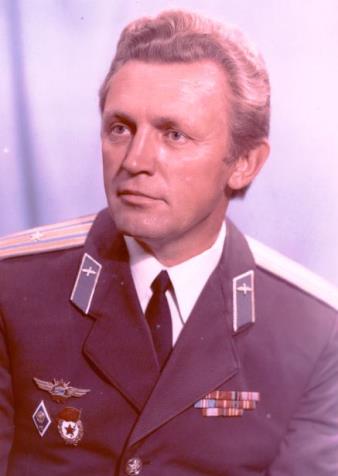 In 1974 my father was written off from flight work in health and resigned from the army. We arrived in Leningrad. Here he worked as a military representative on the aviation plant Association. Klimova. 30 years, took the finished products of aviation and rocketry. And I, secretly, enrolled in the flying club. Parents found out six months later. Father grumbled, but rather chuckled. 78 G. it's my time to continue his father's work. Fate has bound me with the space.

Now, sitting in the gazebo on country estate, we often recalls the service. Its in the sky, and my at the spaceport. And you know, all that I have achieved, what we can do, it's thanks to my father. Dad taught me many things, from the work of hammer and plane, to relationships with people. He taught me how to drive a car and to jump with a parachute. To shoot with a hunting rifle and collect mushrooms. And most importantly, he gave me life and heaven. And as if this now may sound, my father taught me how to love the Motherland. 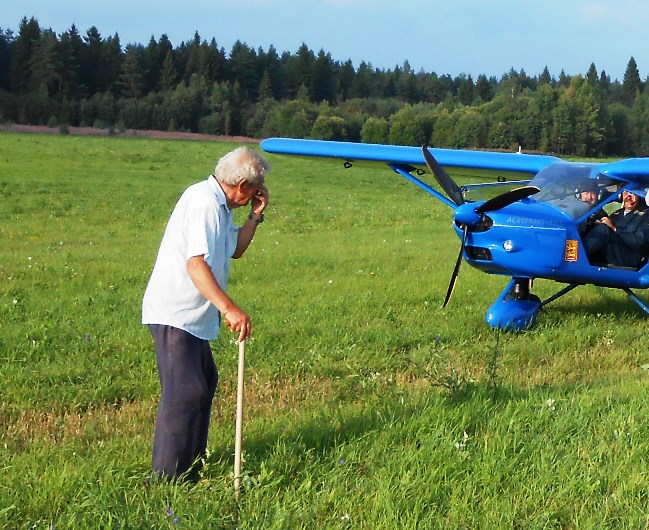 Going to take off. Dad looks like a tear. Then he said that a Midge in my eye. But then I saw his eyes... 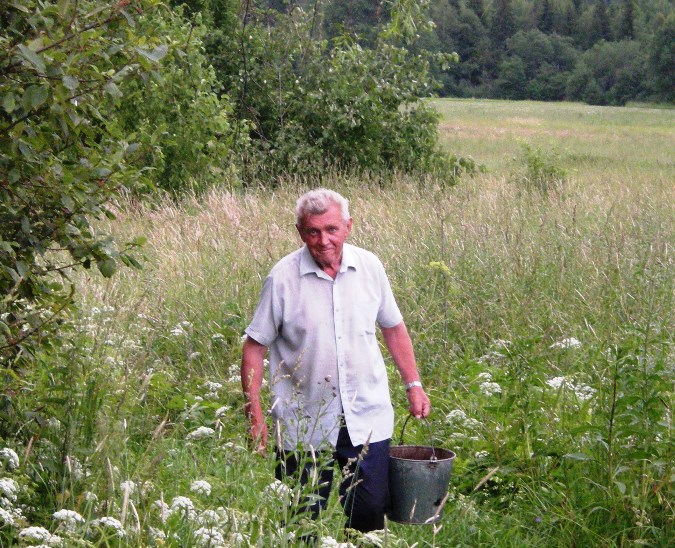