Whether Russia will stand in the third world?

Experts increasingly predicting a third world war, and it seems to have no empty pugalki in the spirit of "one woman said." The global economic crisis is delayed, the market has almost exhausted its resources and, as has frequently been the case in history, war is one of the most simple and logical ways to reach a new stage of development. However, the wars of the future will differ markedly from the past – it will, first of all, the fight is technology, not armies.

The role of electronic warfare in it is, alas, likely the wars of the coming century, regardless of whether they are local or global, it is difficult to overestimate. Last year the market of EW (electronic warfare) in our country has exceeded 12 billion rubles. the average annual growth rate estimated at 18%. By 2020, the global turnover will more than double and will exceed $ 15 billion. The share of Russia will make not less than 10%. Why? Why and how to spend such huge money? Try to understand that for an expensive beast named EW what he was doing and why.

Emerged in the early twentieth century during the Russo-Japanese warfare equipment over time has become one of the major factors determining the security of the country (after nuclear weapons, of course). War can be "contactless", and the ability to change the trajectory directed in your direction the missile or not to let them near his territory, an enemy drone, equipped with stealth technology, can ensure the survival of army group, and eventually the victory. "Shroud-6", mounted on a BTR-70. Radio-electronic complex is intended for fighting the OS radio-controlled explosive devices, and also to protect technical information. 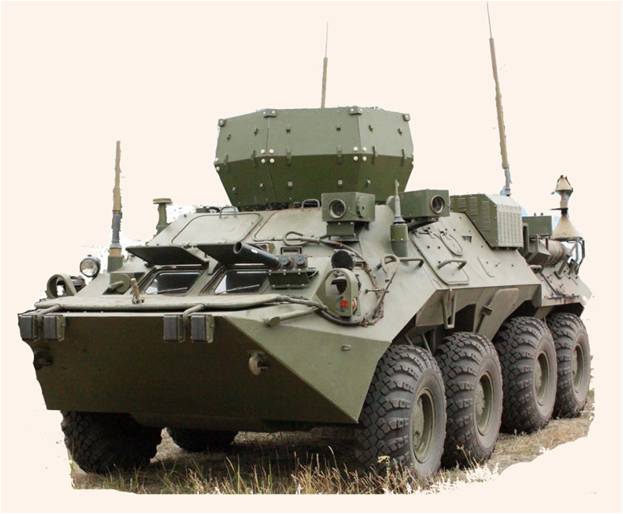 And this year the airborne units still equipped with small-sized transmitters interference with a tender name "the Grove". However, don't underestimate the device with a diminutive name: medium-sized "Forest" fits in a backpack, it effectively protects the armored and motor vehicles, as well as personnel from defeat radio-controlled mine-explosive devices.

In addition, resumed the project of electronic warfare aircraft "Hawk". It seems that the Russian defense Ministry finally not only realized, but also managed to convey to the leadership the importance of the development of modern military technologies. The ground control stations interference AKUP-1. Each of these systems are capable of controlling up to nine jamming stations (six SPN-4 and three SPN-2). Complexes operate in the temperature range from -50 to +40 degrees Celsius and relative humidity up to 98%.

However, the Pentagon also no one breaks deals. Despite the reduction of the military budget in response to the crisis, the United States provides money for military development much more than Russia. The Americans continue to develop the sixth generation fighter F/A-XX, which will replace the stormtroopers of the fourth generation F/A-18E/F SuperHornet aircraft and electronic warfare E/A-18G Growler. Adaptive and phased array, are now trying to create a Pentagon, will allow 30-40% to reduce the cost of individual phased array used in the production of almost all EW systems.

The concept of the new American fighter.

So the arms race continues, just now it's a race EW-arms. If you want peace, prepare for war. This old truth is still relevant.
Well, we are ready.