Print version Material posted: Publication date: 17-12-2018
Modern navigation system, improved survivability, twice the lifetime new precision-guided missile after extensive modernization of the nuclear submarines of project 949A will be really versatile and can solve a wider range of tasks. Recently Pacific fleet commander Admiral Sergei Avakyants said that "anteia" is adapted to the missile complex "Caliber". About the purpose of "tuning" — in the material RIA Novosti.

The submarines with cruise missiles project 949A "Antey" took up service in the early 1980s and was originally intended to deal with carrier groups of the U.S. Navy. At successful coincidence of circumstances one submarine can bring down the aircraft carrier and several ships of escort group. 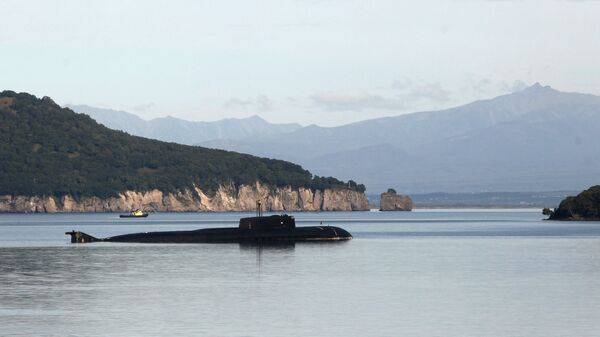 Nuclear submarine of project 949 in the roads on the basis of 16-th red banner squadron of submarines of the Pacific fleet in Vilyuchinsk
The primary weapon of the boat supersonic missile P-700 "Granit". According to calculations by Soviet engineers, to overcome air defense carrier battle group and guaranteed destruction of the flagship needed at least 20 missiles. Each submarine carries 24 RCC. "Granite" is unique in that determine a major goal in the order of the ships and go for it. Help detection the mothership or space targeting system. Can also be used aviation complex on the Tu-95RTS. The missile flies along a complicated trajectory after the launch from a submerged or surfaced climbs to a height of 17 kilometers, but as soon as it detects and captures the target, is reduced to 25 meters, hiding from the ship's radar. Warhead or high explosive or nuclear, with capacity up to 500 kilotons. The range of surface targets is of the order of 600 kilometers.
"The main purpose of "Granite" — strikes at surface targets, explains to RIA Novosti, the ex-submarine commander, Hero of Russia Alexander Astapov. "Caliber" a wide range of applications, more ammunition, he doesn't need the space surveillance system". 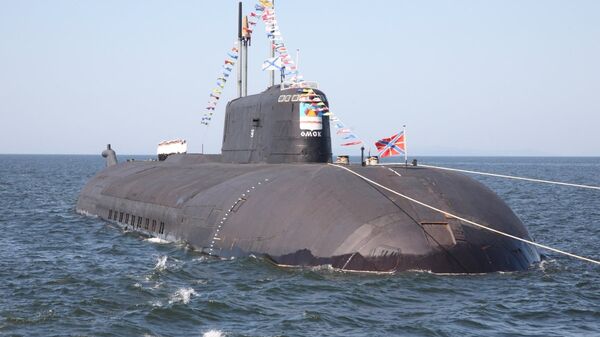 Complex "Caliber" has missiles for strikes on ground targets, anti-ship and anti-submarine racemoramide to defeat submarines. The firing range is 2.5 thousand kilometers. Another advantage — the possibility of placing various types of media, from nuclear submarines to small-size missile ship.
Deserves special attention system of guidance and navigation of missiles operating around the clock and in all weather conditions. Flight is conducted in an unpredictable for the enemy trajectory — rocket can go to the goal from any direction. The main part of the journey takes place in the mode of "silence" and the missile remains invisible to air defense. The final part of the "Caliber" is reduced to a height of 20 meters and accelerates to supersonic speed at Mach two.
This complex was developed for multi-purpose submarines of "Ash". But as it turned out, the new missile is ideal for smaller carriers. From submarines after the first "Ash" got "deseloki" project 636.3 modernized. Six of these submarines after 2014 joined the battle of the black sea fleet. Three of them — "Krasnodar", "Velikiy Novgorod" and "Kolpino" — in 2017 launched a series of attacks "Calibers" on the positions of militants in Syria.
"Modernization of nuclear submarines of project 949A under "Gauges" is an absolutely correct decision, — says the former commander of the Northern fleet Vyacheslav Popov, who was able to communicate to RIA Novosti. — That the submarines "Antey" and "Shark" it is necessary to adapt winged long-range missiles, I was talking 20 years ago. This corresponds to the requirements of time, planning for the future and the possible use of military force in the future." 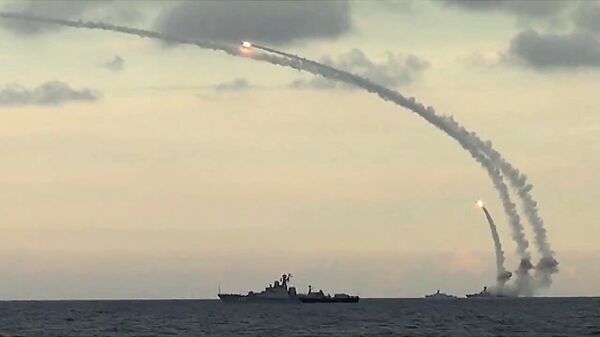 From the Caspian sea missile ships of the Caspian flotilla of Russia dealt a massive blow 18 cruise missiles of the Caliber-NK at seven targets of terrorists in the Syrian provinces of raqqa, Idlib and Aleppo.

"Anteia" built in double casing design therefore they are very durable and tenacious, but noticeably heavier than the Western monohull competitors. For the size and flattened form of the 154-foot ships are called "bars". Maximum diving depth — 600 meters speed — 32 knots. Despite its age, cruisers are still the "workhorses" of submariners, one of the few effective "antidote" from carrier strike compounds.
Total planned to build two dozen such sumbarine, but the collapse of the Soviet Union managed to launch only 11. This project is one of the most tragic pages in the history of the Russian fleet — in 2000, the disaster in the Barents sea sank the submarine "Kursk". Now the fleet are eight "Ante". Three are serving in the Northern fleet, five in the Pacific. And "Northern" cruisers who have recently passed repair and modernization at the Center of ship repair "Zvezdochka". Now came the turn "East".
Modernization involves the replacement of almost all internal equipment — do not touch the body only. The cost is comparable to the price of a new product. However, the leadership of the Navy and representatives of the military-industrial complex took, according to most military experts, the only true solution: a submarine undeveloped resource "under the knife" are not allowed. 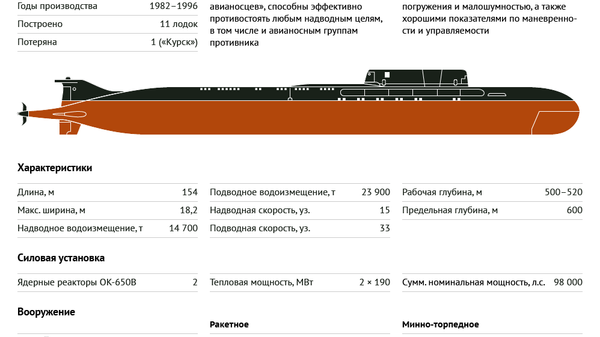