A squad of ghosts: the best operations of special forces of the USSR and Russia Print version Material posted: Publication date: 05-11-2017
An invisible shadow to cross the front line, to detect the target, to perform a task and unharmed back to his. Preferably with "language". Today, November 5, the professional holiday is celebrated by military intelligence. These soldiers are the eyes and ears of the Armed forces of Russia. They never leave traces, and always ready to getting to any theater of operations.
Source: http://rusvesna.su/news/1509867211

Scouts solve a wide range of tasks: gathering information about the movements of the enemy, his characteristics, strengths and weaknesses. Ambush, adjust artillery fire and aviation. Inflict pinpoint strikes on the command structure of the enemy and sabotage in the rear. About the iconic foreign operations of military intelligence of the USSR and Russia — in the material RIA Novosti.

Russian military intelligence has repeatedly proven that it is able to solve not only local tactical problems, but also to determine the fate of entire Nations. August twentieth, 1968, fighters of special troops of the Main intelligence Directorate (GRU) of the General staff of the Soviet Armed forces conducted a brilliant operation to capture the airport Ruzyne.

It was after this event began the invasion of the Warsaw Pact countries into Czechoslovakia, ending the Prague spring reforms. 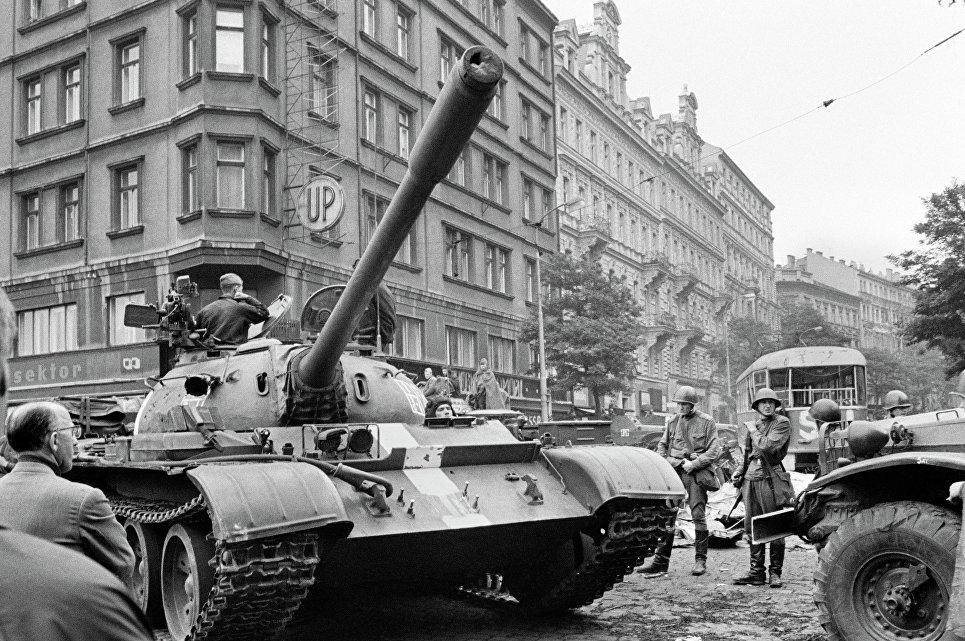 Scouts were shipped to the destination of the passenger side. The commander of the aircraft has requested an emergency landing in Prague because of the alleged refusal of one of engines. The Manager gave the nod.

Once the aircraft had stopped, the commandos immediately jumped to the tarmac and ran rushed to the control tower of the airfield. Czech soldiers are so confused that they were unable to resist.

At the same time other special forces, who penetrated to Prague a few days before the operation, seized the radio and television centers and phone sites, Newspapers and other important buildings.

And in the morning soldiers entered the building of the Central Committee of the Communist party of Czechoslovakia, which at that time was a meeting of the Cabinet of Alexander Dubcek. Military intelligence officers for the whole night took control of the city of one million.

American portable air defence systems (MANPADS) "stinger" came from the Afghan dushmans in 1986 and became for Soviet pilots very unpleasant surprise. Only for the first month of their application the militants managed to shoot down three of the attack helicopter Mi-24. New weapons forced the Soviet command to completely revise the tactics of army aviation.

Helicopter pilots since I flew at extremely low altitudes in order not to fall into the "capture" of the homing missiles. But they became vulnerable to heavy machine guns.

Of course, the USSR was keen to get us MANPADS. First, to learn the advanced Western weapons. Secondly, in order to prove the direct support of the spooks from the CIA.

The GRU of the General staff announced "stinger" a full-scale hunt.

First, who will produce "the pipe," promised immediately and without further ADO, awarded the star of Hero of the Soviet Union. But six months of intelligence activities have not yielded any result, "the spirits" took care of their MANPADS as the Apple of his eye.

Grab the stinger managed to accidentally. The fifth of January 1987, reconnaissance of the 186th separate detachment of special purpose, under the command of major Eugene Sergeev in two helicopters Mi-8 went on a "free hunt".

Special forces planned to sweep suspicious "Zelenka", near Kalat on the road to Kandahar and the need to destroy the detected targets of the enemy. "Turntables" was at extremely low altitude and literally nose-to-nose encounter with three gunmen on motorcycles. The battle ensued.

Scouts after a short landing spread out on the ground and opened fire on the enemy. Soon spooks went to help, but the commandos managed to destroy all 16 of the attackers.

Senior Lieutenant Vladimir Kovtun first discovered "stinger". He was wrapped in a blanket and strapped to one of the motorcycles. A little later his soldiers brought two "pipes" — one blank and one filled. But the real jackpot was the diplomat of one of the spooks, where spies found the complete documentation on MANPADS — to the addresses of the suppliers in the United States and to detailed instructions for use.

Four scouts were presented the title of Hero of the Soviet Union. But, as so often happens, high honors, none of them received.

As recognized members of spetsnaz, the reason for their not very good relations with the high command. None of them, however, is not upset: for military intelligence such tasks — routine.

Military intelligence officers often acted as instructors, advisors, and the immediate commanders on the battlefield for less experienced and well-armed soldiers. So, the 15th brigade of the GRU special forces since September 1992, took part in the civil war in Tajikistan.

The former Soviet Republic burned to power was torn by religious radicals out of the country, an endless stream was a convoy of refugees was devastated, unsanitary conditions and famine.

In Moscow realized that it is impossible to prevent the transformation of Tajikistan to a Klan rally. To help solve this problem had scouts stationed in the neighboring Uzbekistan.

Soldiers of the 15th brigade trained local militias and the military, he accompanied the convoy with humanitarian aid, evacuating civilians from the combat zone.

Thanks to the actions of scouts from disparate groups turned out to form the popular front of Tajikistan, which subsequently became the basis for a future secular government of the country. Had to go into battle.

In early 1993, the GRU, along with the militias liberated the Karategin valley, literally infested with militants-radicals. The scouts directed the course of the battle, organized communication, adjust fire from artillery and aviation. The operation completed successfully.

One of the main military and ideological leaders of the Chechen bandit underground Zelimkhan Yandarbiyev, the Russian intelligence tracked several years. He was eliminated on 13 February 2004 in Doha. This action actively participated in the first war, led the defense of Grozny in January 1995.

After the death of Dzhokhar Dudayev, a year later, acting President and Supreme commander of the unrecognized Republic, until 1997 when that position was elected Aslan Maskhadov.

After that Yandarbiyev joined the national radical wing rebels led by Salman Raduyev. In parallel, he performed the duties of the emissary in other countries, where he regularly went for financial support to Chechen armed underground.

Was one of organizers of capture of hostages in the capital theatrical centre on Dubrovka in October 2002. 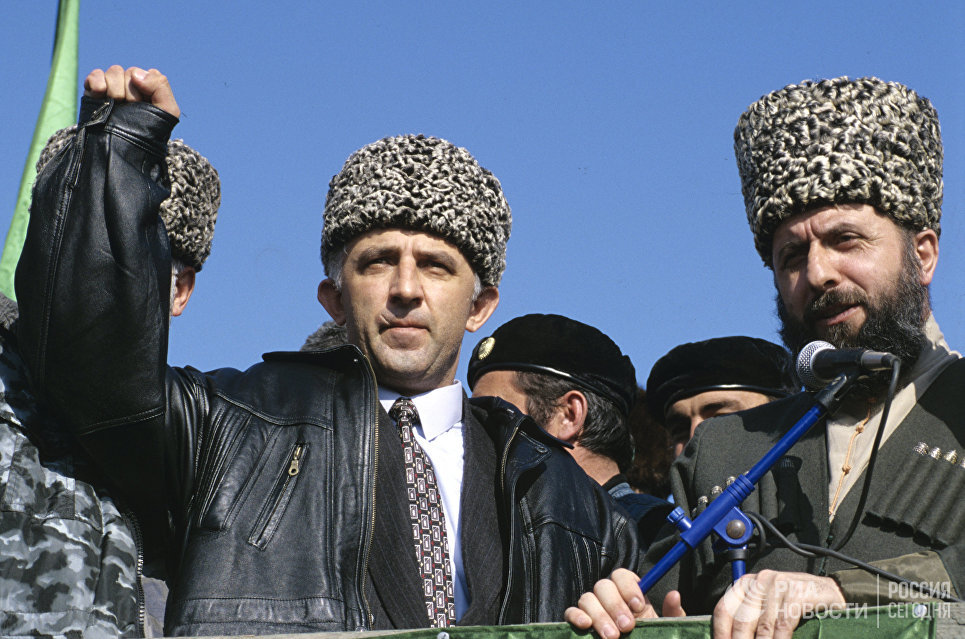 Since 2003 Zelimkhan Yandarbiyev lived in Qatar, where he received refugee status. By the time he was wanted by Interpol, and the UN Security Council has officially recognized its connection with international terrorism. Was liquidated on 13 February 2004 in Doha blowing his car bomb set underneath.

Qatari authorities quickly arrested the two Russians and after a short trial found them guilty of organizing a successful attack, and sentenced to life imprisonment.

It was argued that they are operational employees of the GRU of the General staff of the Russian Armed forces. Official confirmation of this information is not received.

However, in 2004 the Russian foreign Ministry managed to achieve the extradition of convicts to their homeland, where they were met with military honours at the airport Vnukovo.