"Control shot" in the event of nuclear war, the Tu-160 received a "new life" Last week at an Aeronautics firm "Tupolev" announced the beginning of the reproduction of the strategic bomber Tu-160. In the event of a nuclear war, he plays the role of "control shot in the head." After a massive strike of the strategic Missile forces, the Tu-160 needs to clean up the remaining enemy targets. In a crisis situation he can spend hours hanging in the sky in a state of readiness in target regions.

Airfields (and this is where you can refuel) we can be counted on the fingers. Kyrgyzstan, Belarus, Vorkuta, Vladivostok... So the tanker aircraft in the chain of nuclear deterrence played a major role. In 2012, the Tu-160 has set the world record for time in flight is 42 hours and 20 minutes! During this time his in the air pumped fuel five times. 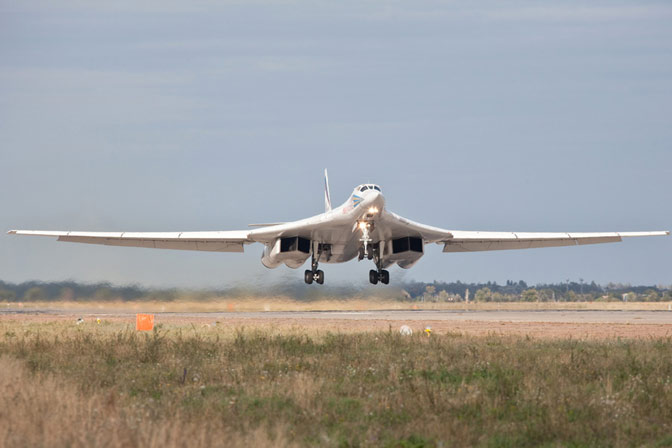 Air tanker Il-78 - the old reliable workhorse. Refueling of aircraft in flight is one of the most difficult elements in the training of pilots. Here you need to literally "get under her skirt" to get the refueling boom into the fuel line skirt that is deployed on a flexible hose. To get to the cone diameter of about one meter - not an easy task. Especially difficult for her to spend the night.

In recent years, our submarines are back on traditional combat patrol routes. And not just along the border of the Russian Federation, but also over all the oceans, providing military parity with the United States. These "flying around the corner", as they say pilots, is a natural for the combat training of pilots of Distant aircraft work. During the patrol, the pilots improve orientation in space, conduct electronic intelligence and, of course, hone aerial refueling. 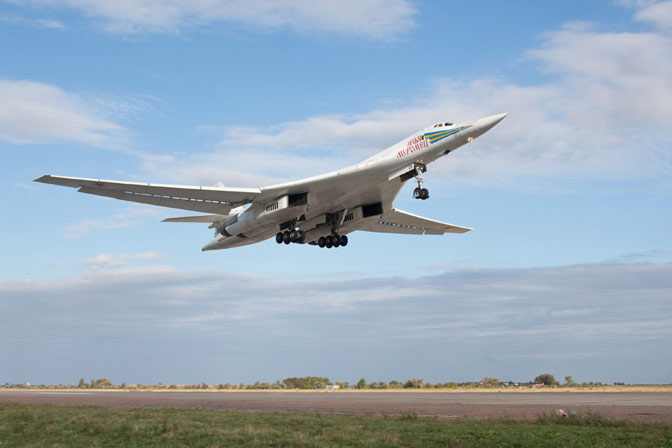 We start from the airfield near the town of Engels in the Saratov region, where the base of strategic submarines. After the tanker Il-78 to us in the tail added a Tu-160. Speed during filling - 600 km/hour, flight level 5 thousand meters. From a tiny stall operator tanker in the back, well seen catching up with us missile. Here he is approaching the 30-metre distance, it becomes a little creepy. It would not have punctured the refueling boom our cabin.

The attendant major Andrey Bezborodov clearly corrects the process of tablewrapdata using ORM (universal suspension unit refills). Their Il-78 three - at the same time the tanker can stick three aircraft! On Board - 118 tons of fuel. The gasoline in the tank inside the fuselage and in the tanks located in the wings. 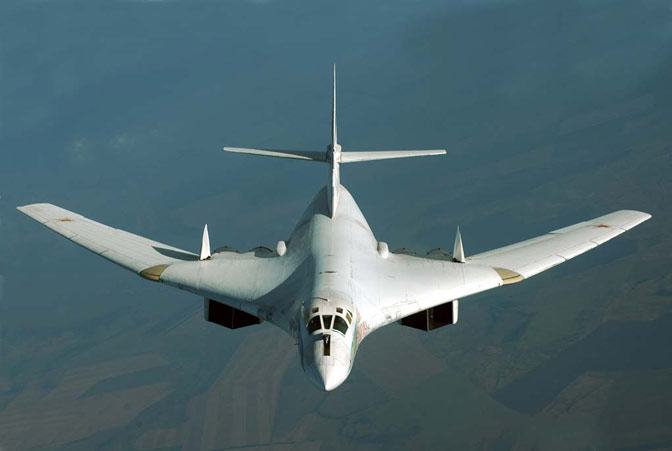 The attendant happy ending maneuvers. Andrew strokes his talisman, attached above the window next to the DVR icon. A toy snake that says: "Born to crawl cannot fly". But this snake after flying! Tucked Tu-160, meanwhile, took off and flew away to complete the task.

Not long ago, a long-range and strategic bombers passed the first baptism of fire. The Tu-160 and our other "strategist", Tu-95, had never participated in military conflicts and did not destroy the real purpose. For the first time this happened in Syria, where they struck a powerful missile and bomb strikes on terrorist targets. Some of the attacks were done remotely, without invasion into Syria. The latest cruise long-range missiles fired missile can hit the target thousands of kilometers away. And missiles can fly low over the ground, skirting the terrain. To shoot down such a missile almost impossible. 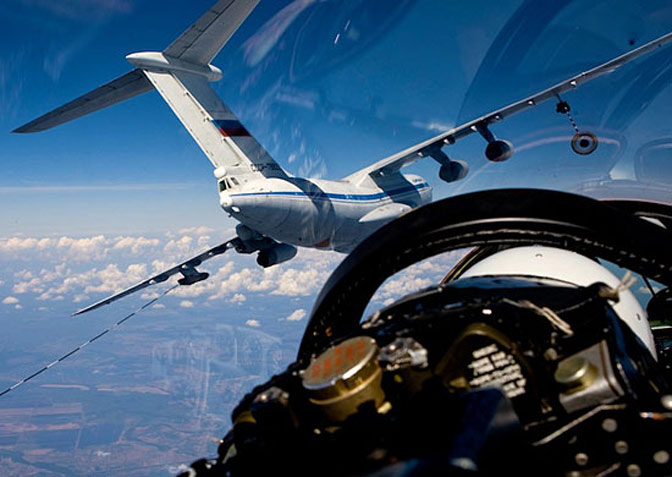 In the 90-ies of the Treaty on the limitation of strategic armaments OSV-2 severely cut our missile - literally. On the basis of Engels has earned the guillotine. Of the 35 Tu-160 most fell under her sword. I remember the sad picture of those years, published in the newspaper "Pravda". The body of the missile - like cut into a few pieces of loaves of sausage. All the giant airfield in these pieces.