Each cunning "Toshiba": as the Japanese greed helped the Soviet Union Print version Material posted: Publication date: 03-08-2018
Make Soviet submarines quieter! How to get around sanctions, but at the same time a large scale attack? The story of the great scandal of the 1980s "Toshiba-Kangsberg"...
Karl Marx noticed that there is no crime that would not go to the capitalist for three hundred percent of the profits — even under pain of the gallows. In the Soviet Union of Lenin attributed the poisonous remark (or rather, apocryphal) that the capitalists themselves will sell the rope with which the Bolsheviks will hang. The pages of this beautiful story of times of waste of the Cold war will serve as an excellent illustration to the thoughts of the great classics.

Let's do it quietly

The Soviet Union lagged behind the US in terms of noise of submarines. When in 1970-e years began the design of nuclear submarines of third generation (projects 971, 949, 945, 941), took dramatically reduce the acoustic signature. Measures have taken many, and very sensible: and rubber coating of the hull, and the new system of depreciation mechanisms... But one source of the noise ruined everything.
In the late 1970-ies of the employee communications Center of the Navy of the USA John Walker, the key Soviet agent in the West, gave the alarming information. In the composition of the acoustic signature, which the Americans identified the Soviet boats, they emphasized the hum of propellers. Because of cavitation at cut water roughly treated blades are formed of the void-bubbles, which collapse and make noise.

To reduce noise we had to grind complex surfaces screws very smoothly and accurately, with minimal tolerances, as it required completely different equipment, multi-axis metal-processing centres with automatic control. Such the Soviet Union did, but they were produced in the West and in Japan. And, of course, did not sell the Communists worked with the Committee COCOM (COCOM, Coordinating Committee for Multilateral Export Controls) the export control system, which strictly pursued import sensitive technologies of the free world in a totalitarian GULAG drunk bears.
In October 1979 in Moscow, dressed in civilian clothes, the employees of Soviet firms "Tekhmashimport" approached the Japanese Hitori Kumagai (aka Kazuo Kumagai), the employee of the Moscow branch of the trading company "Waco Koeki".

For some reason it is regularly overlooked, and yet in the history of the sharashka and hiding the true extent shameless Japanese mafia. "Waco Koeki" created in the early 1950-ies. It was a typical "political strip" to work in the Communist bloc (first in China, then the Soviet Union). "Vacay," was "Marubeni" — one of the so-called "Sogo yourself" (giant Japanese concerns-traders all in a row, from socks and detergent to the radio equipment and machines).

"Techmashimport" in the same jackets ox twirl did not. "Tell us, Hitori, a favorite of Amaterasu, goddess of the sun, is it possible somehow to buy this piece of junk?" and poked the catalogue "Toshiba Machines," straight to the metal center dewaterability MBP-110. "Did you — did Kumagai — and therefore, personally you probably can."

A piece of iron was, of course, are still the 220-ton colossus with a height of a three story house. They could handle a workpiece up to 11 meters in diameter.

"Vukovci", scenting baksheesh, rushed to the "Toshiba" and demanded a Commission fee for intermediation with "respectable people" in Moscow. They agreed, and even signed a brokerage service deal second "Sogo yourself" — "Itochu". Well, nobody guessed, and then you never know.

Additionally, the deal dragged the Norwegian company "Kongsberg of Vapenfabrik" — they had to put NC2000 complex devices with computer numerical control (controllers for machine tools). 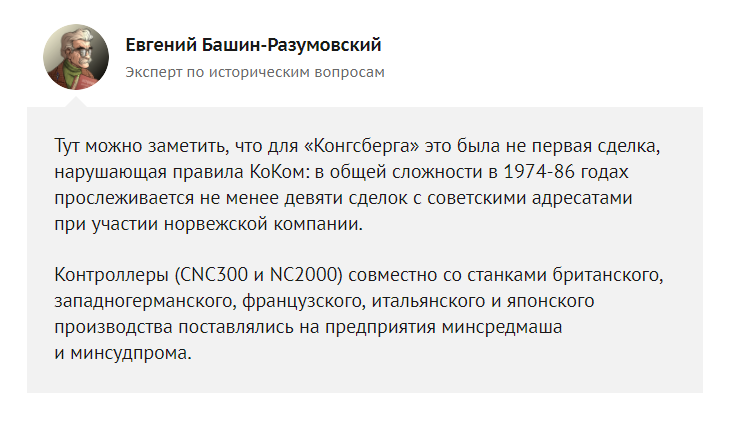 In five contracts included: four centers MBP110 for 17.4 million dollars (48 million at current prices), four five-axis center of the series MF for of 10.72 million dollars, Norwegian controllers and five years of service, and besides — "vakovsky" Commission.
You cannot just take and take incriminating machines in the USSR, therefore, the international speculators cheerfully forged papers: I wrote that they sell on the civilian electrical production in Leningrad vertical lathes TDP 70/110 with two independent axles and such through a sieve Cook missed. The Norwegian controllers generally called "parts". 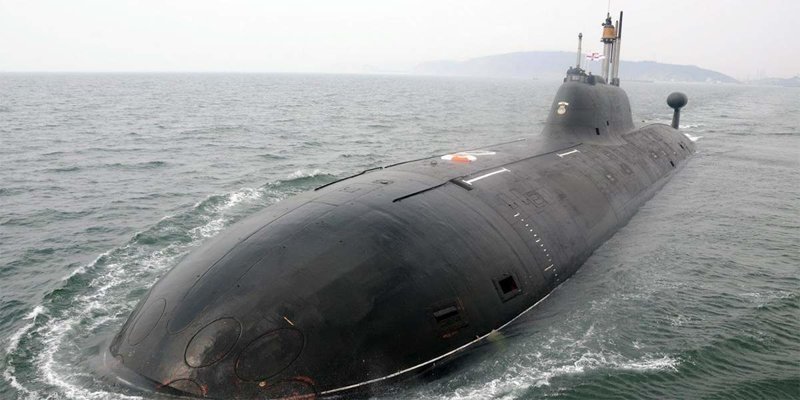 The project 971 submarines silently says "thank you"
Officials of the regulatory agencies famously signed the papers, not checking (why, who knows? — Yes always do!) and in December 1983 on the territory of the Leningrad Baltic factory has collected the first two centers. By the end of 1984 the whole complex from.

Delivery direct, no re-export all open. Officials show one contract (fraudulent), and they themselves in the second — with all the specifications. Specialists from both firms come to the commissioning of equipment to the Union as a job, Soviet engineers for advice on plants "Toshiba". Childhood pure eyes.

Revenge of the ronin

So, probably, no one would have known, if not the most "Waco Koeki" — or rather, the above-mentioned citizen Kumagai.
Citizen Kumagai four years as a dad Carlo was wound here and there, accompanying the deal of the century, and are already anticipating a steep personal nishtyaki. But in early 1985 he suddenly found out that their own leaders shot it with the promised promotion and then terminated the contract.

No, and that this, think of a man 22 years had worked in the illegal export around the red block, including 10 years directly in the Union...

"I am an ordinary Japanese businessman, not some Rambo — remember then Kumagai. — I've ridden to work in Russia, and just wanted to get away from that direction. And they treat me like a maid cost".
Then Kumagai tried to negotiate a "bad" demanded a fat severance package, promising otherwise to put all the thieves in the raspberries Cook. I think he got something? Or have begun to understand how the Japanese do business?

Then began shaped Kafka. Kumagai filed a statement to the Tokyo police. He was adopted and... I forgot. "Ah, Ah?!" — sharilsya dismissed, and in December 1985, the giant dashed off a cart in Paris, in the headquarters of the Cook, which outlined the basic circumstances of the case (names, entities, dates, specifications), and at the same time opened his eyes to topics which taxiing in the Union.

The paper is kicked out in Tokyo, of the Japanese Ministry of industry and trade. Those called Toshiba and Itochu, and then it was like a joke: "You acknowledge your guilt? — No. — No court no." What? To Interrogate Kumagai? Yeah well, you never know what anonymous leaflets ponapishut...

"Well, well!" thought Kumagai and went with papers to the American Embassy. In mid-1986 in Japan appealed from the office of the President of the United States. "Well?" — meekly asked from the ocean. "Don't know" — with a wooden face said in Tokyo. Such appeals from the United States was more than forty. To all came the same answer: it's all lies and provocation.

In January 1987, Washington went on the other side: Norway. It was somewhat easier: the government has shaken public "Kongsberg", found paper and posedev horror, laid the whole farm to the Americans. March 24, U.S. Deputy Secretary of state ed Derwinski met with Japanese diplomats expressed their deepest concern and hinted at the severity of the consequences for bilateral relations.

What did the Japanese do? "Trace not found", "information extends the Manager being upset because of the dismissal". Meanwhile, greatly excited the Pentagon, to understand what happened. Well, still: according to the military, now, to return to the Navy the ability to hear the Soviet boats at the same level, you would tumble in detection 25-30 billion dollars (54-65 billion at current prices), and would take it 15-20 years.
Estimates were approximate, but the noise in Congress was terrible. 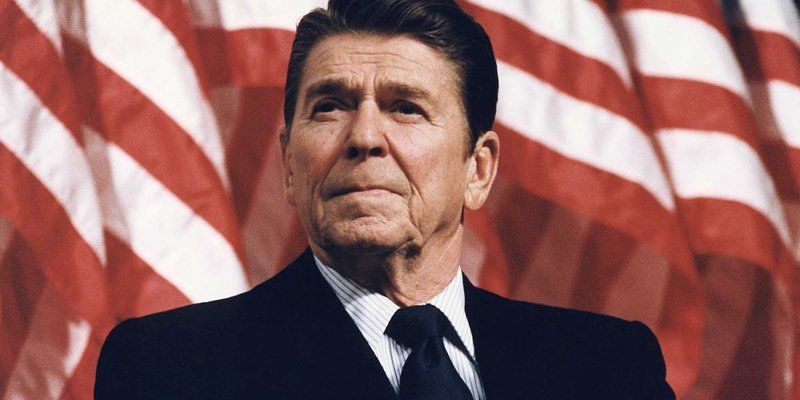 The state Department rolled her eyes and went to President Reagan. In response to the Pope Ronnie rolled her eyes even more. The Japanese had a good relationship, and with their Prime Minister Nakasone and generally friendly. But on 27 March, Reagan announced the upcoming introduction of sanctions on exports to the U.S., the Japanese electronics.
Only then in the case including Prime Minister Nakasone, and noble warriors in Tokyo stopped abruptly blunt. April 30 Japanese security forces conducted a seizure of documents at the head office of "Toshiba" and suddenly found traces of fraud with the machines. "Brim has filled two rooms with papers in the case", commented they were then.

And in the morning they woke up

The result: resigned two tochilovsky megatop — President of the entire group, Sovietera Watari and Chairman of the Board of Directors of Seite Saba, as well as several heads of departments "Toshiba Machine". Two gaping scapegoats planted. Just under a criminal case were nine people, but the majority got.
That is characteristic: when the head of one of tochilovsky plants received in the early 1980s, an order for MBP-110 for the Soviet Union, he drew the attention of the leadership of the COCOM restrictions. The elders of the Corporation kindly recommend a colleague to shut up and do their job "faster and better". 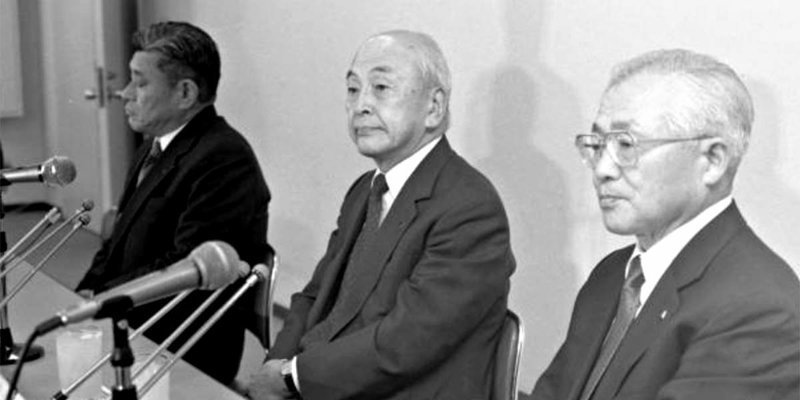 The easiest way did the Norwegians: they shook up the group "Kongsberg", has left myself to purely military production, and the rest sold to private traders. The Americans adopted the law "About the bestial nature of all tupyaschemu without a team", which introduced a three-year sanctions on the import of products "Toshiba Machine" and "Kongsberg" in the United States. "Toshiba" before that I spent a hundred million dollars on lobbying and cleaning its image in the US, but not too successful: sanctions imposed anyway (although threatened to do their five-year and close imports of all products of the group, not just engineering companies).

The USSR and Japan severely exchanged a few series of sent "espionage" diplomats and trade representatives. Americans in 1988, has spent 113 million dollars on "in-depth development in the field of underwater technology, necessary in the context of a revealed scandal "Toshiba — Kongsberg". 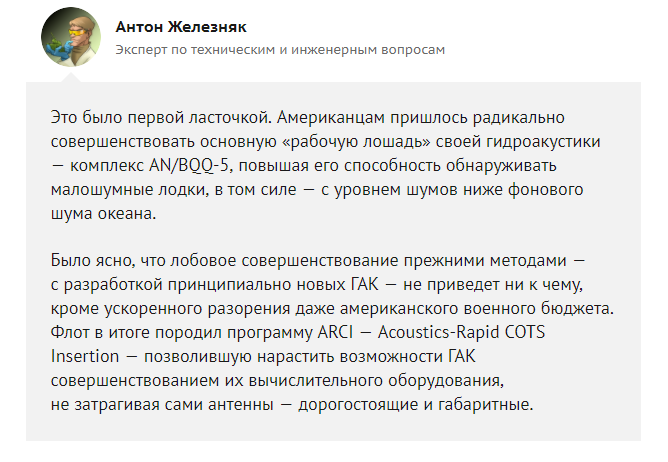 Investigation showed that similar frauds in those years, dabbled in other Japanese companies (in particular "conic" and "Olympus"), and manufacturers of industrial automation, and semiconductors. The situation among firms in France, Italy and Germany were no better. Cook seriously restructured its operations, Western countries have increased criminal sentences for breaches of export controls.
Information about "dramatic" reduction of noise of Soviet submarines third generation, built in the second half of the 1980-ies and later, it is easy to find in the literature. 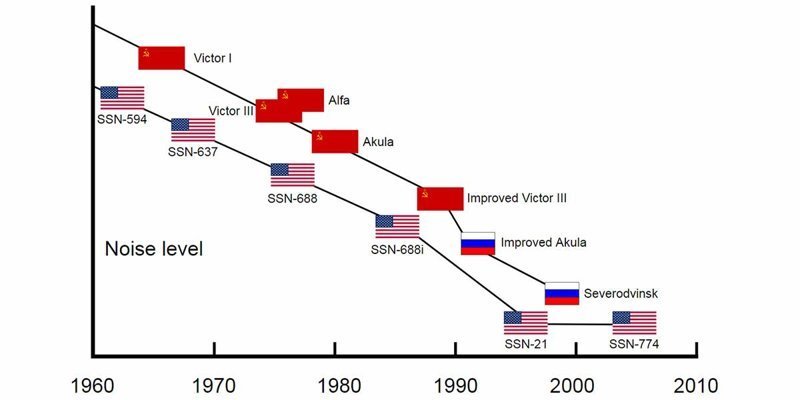 Comparative noise level between U.S. and Soviet submarines (photo: Polmar N., Moore. K. Cold War Submarines)
Although the boat is still behind the us, the gap in characteristics has decreased significantly. Of course, it wasn't just the screws, turn the black machines, but in the scientifically grounded complex of measures to ensure malosolenoj on new nuclear submarines.

The moral of the first: a strange flaw — its profit.

A little more involved in the fate of Kumagai would solve the problem and about the Scam, perhaps no one would have known. Instead, get a top case for textbooks: how to get to the big money and give the world a free master class in God's dew, and the new gate.