Print version Material posted: Publication date: 14-11-2017
Gigantic, glowing from within steam dome soared into the sky above the Bay lips Black for a few seconds froze and rattled the donkey in the sea utyanuv for a in the depths of a small Navy.

Tuesday, 10 October, marks exactly 60 years since the test of the first Soviet nuclear torpedo T-5. Released from the submarine S-144 the munition walked for ten kilometers and detonated at 35 meters depth, destroying two destroyers, two submarines and two minesweepers. The power of the explosion reached ten kilotons. About the most secret Russian nuclear weapons and prospects for the development of this fearsome weapon — in the material RIA Novosti. 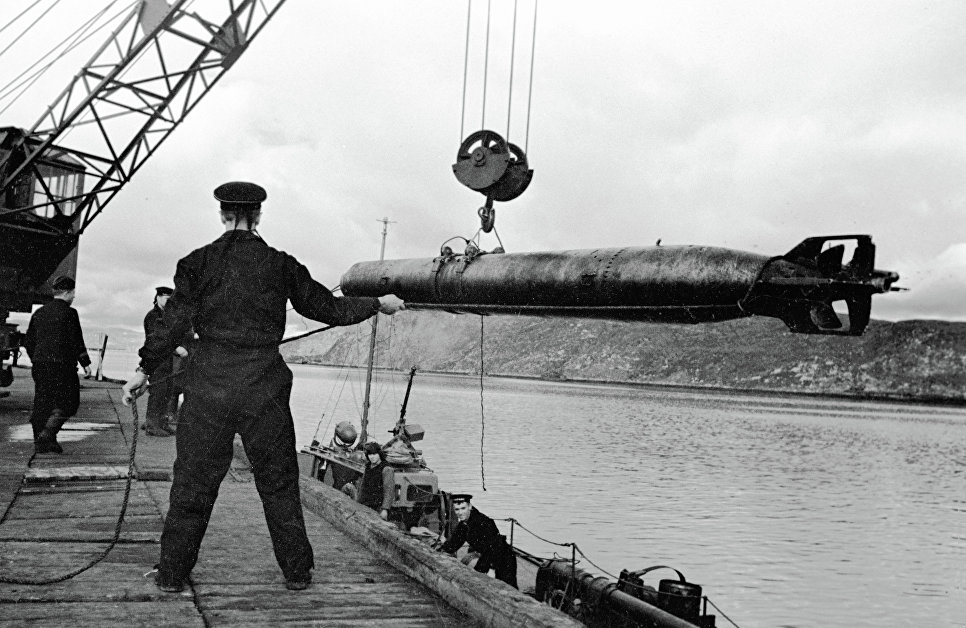 Nuclear torpedo in the USSR puzzled almost immediately after the test of the first atomic bomb in 1949-m. As the principal means of delivering powerful nuclear warhead into the United States in those years was considered long-range bombers and missiles, but the first was vulnerable to air defenses, and the second was at an embryonic level of development and reliability did not differ.

Submarine, is another matter. They proved to be excellent during the Second world war, could secretly get close to enemy shores to deliver a powerful and devastating blow to the infrastructure and ports. A Soviet submarine at the time had great experience of war at sea, and was ideally suited to these policy issues. 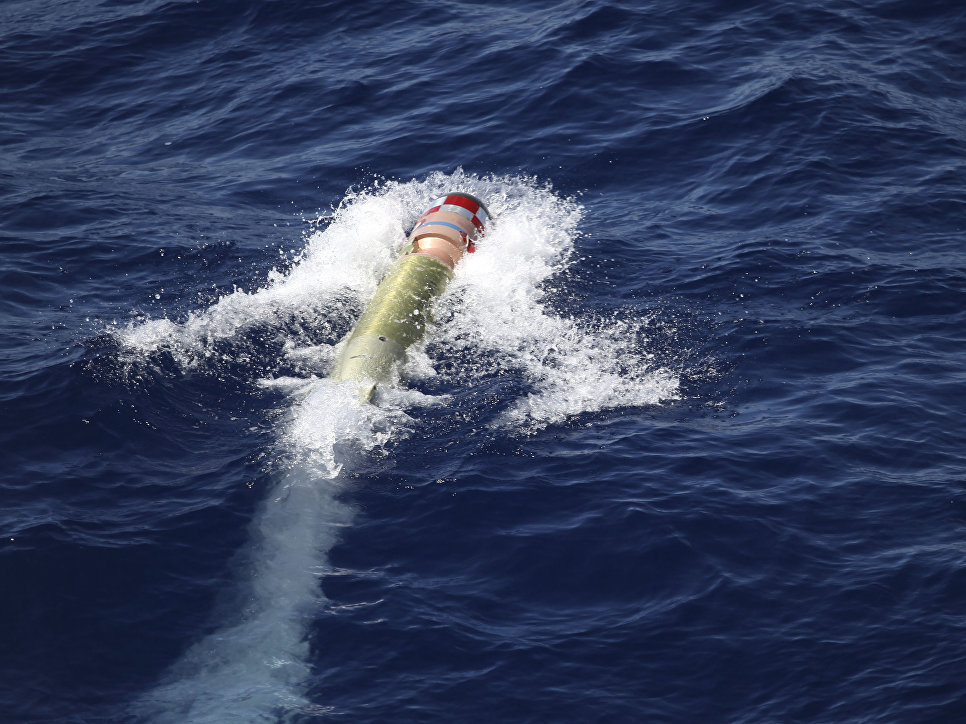 Perhaps the most ambitious project in the history of the Russian Navy has become a giant torpedo T-15 with the atomic crew compartment, which started in the early 1950s. Superiority caliber 1550 mm, weight 40 tons and a length of 20 meters was planned to equip nuclear submarines of project 627 was designed specifically for her. The strikes were intended to inflict on strategic onshore facilities of the United States, such as seaports, bases, and large coastal cities.

Work on the torpedo were conducted in parallel with testing the world's first hydrogen bomb RDS-6, which blew up in August 1952. Two years later approved the technical project of the nuclear torpedoes and its media, for the first time allowing classified information to sailors. The fleet for the whole reacted bleak — a giant torpedo tube took the fifth part of the whole boat and actually turned it into a "one shot weapon". Besides, there are legitimate questions to range and speed of torpedoes that left much to be desired.

For these and other reasons, the "hardware" underwater weapon of retaliation and did not switch to a more modest combined cycle 533-mm torpedo T-5 with a tactical nuclear warhead RDS-9. This caliber for the Navy was more familiar and was allowed to charge the T-5 in regular machines submarines.
In September 1955 on the New Earth tested fighting the charging branch of the T-5. The USSR carried out the first underwater nuclear explosion. The charge for torpedoes dropped into the water from the trawler and detonated at a depth of 12 meters, the capacity amounted to about three kilotons of TNT.

Two years later, on 10 October 1957 and equipped with the torpedo from the aft apparatus has shot submarine project 613-144 under the command of captain 1-St rank Lazarev. The explosion sank four ships-target and two decommissioned submarines. Testing of new weapons was considered a success, and in 1958 it was transferred in the Navy.

T-5 was in service before the advent of Autonomous special combat charging compartments (ASBT), allowing for the need to pack a 20-kiloton thermonuclear filling in the usual serial products. The first standard 533-millimeter torpedoes with ASBT has started to enter the fleet in 1960.

The idea of 100 kilotons

It is noteworthy that a few years later, after testing on the New Earth the famous "Tsar Bomba" with a capacity of more than 50 megatons in October of 1961, the idea of creating a superpower thermonuclear torpedoes was academician Andrei Sakharov.

"After testing the "big" things I was worried about that for him there are no good carrier (bombers do not count, they are easy to shoot down), that is, in a military sense we were working in vain, later, Sakharov wrote in his memoirs. — I decided that this carrier can be a large torpedo launched from a submarine. I fantasized that can be developed for a torpedo once-through water-steam cycles of the nuclear jet engine. The target of the attack from a distance of several hundred kilometers have become the ports of the enemy."

The academician proposed to create shortrib capacity of 100 megatons in a rugged case, able to break through the minefields and a network of coastal barriers. 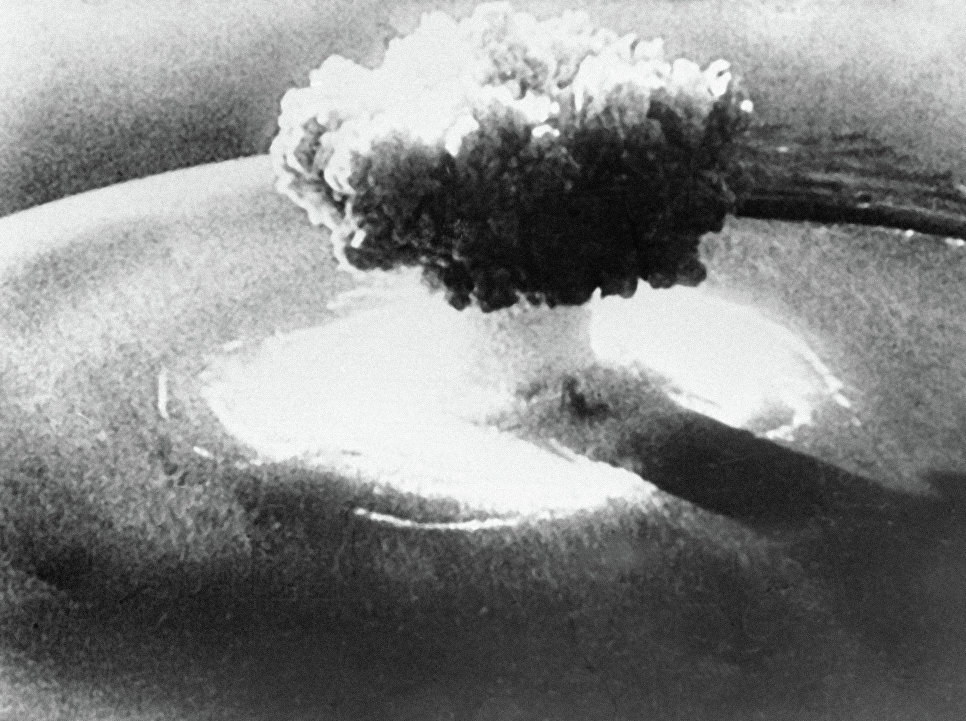 The theme of superpower nuclear torpedoes shook the world community in late 2015, when the meeting in the Sochi residence of the President of Russia Vladimir Putin in the lenses of the cameras was a slide with information about the new secret weapons complex "Status-6". A screenshot with a description of this system was instantly replicated in dozens of Russian and foreign mass media. 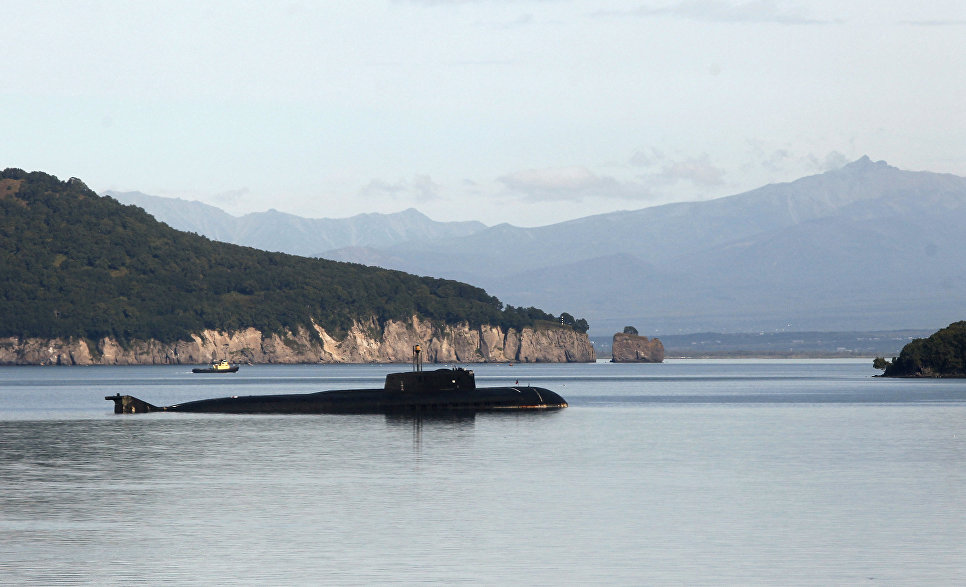 On the slide, a glimpse of the silhouettes of nuclear submarines of special purpose "Belgorod" and "Khabarovsk", equipped docking ports on the bottom and capable of carrying submersibles. In the center of the scheme was placed a huge torpedo with an incredible performance range of 10 thousand kilometers, immersion depth 1000 meters, the maximum speed is 100 knots.

From the description of the project indicated that the system is designed to apply guaranteed unacceptable damage to the enemy by creating vast zones of radioactive contamination on the coast, unfit for human life for a long time. The media speculated that these total effects can be achieved in only one way — "dirty" explosion of so-called cobalt bomb.

At the end of the 2016 edition of Popular Mechanics, citing sources in the Pentagon reported about confirmed the fact that the test "Status-6" and called it "very bad news". According to us intelligence, supercored was launched from a submarine for special purposes B-90 "Sarov". 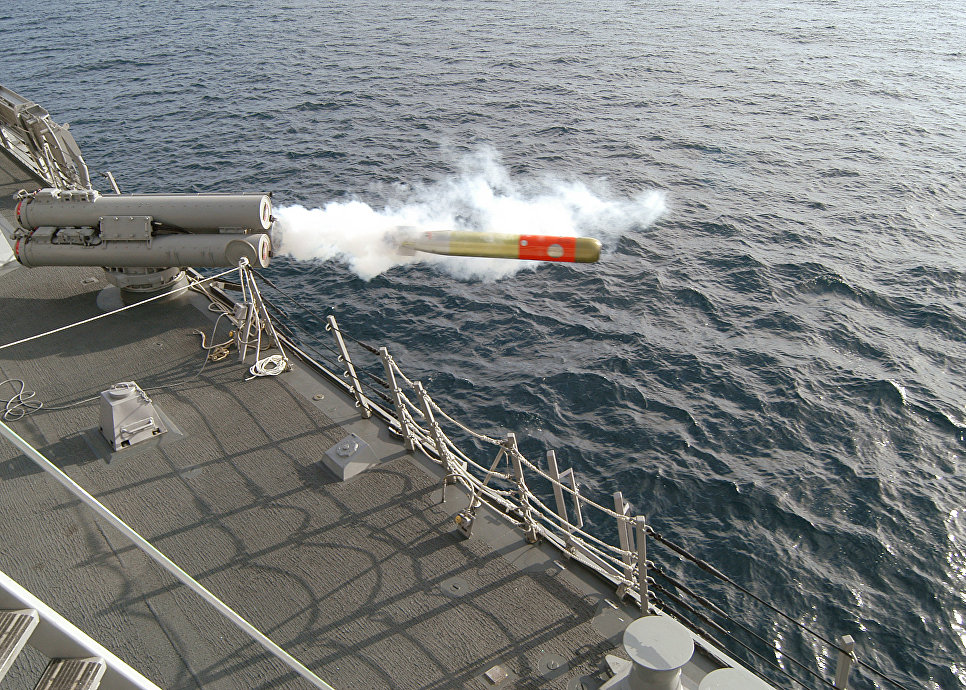 According to the Americans, in the case of a global conflict, the media is able to deliver to the U.S. coast thermonuclear warhead up to 100 megatons and cause a tsunami that would wash away entire coastal infrastructure along with aircraft carriers, defense plants and entire cities. About the test and at what stage of the program "Status-6" may be today, the information is in the public domain at the moment.