That can make science 600 billion dollars? The United States spends for military expenses more than all ten of the following countries combined: $ 600 billion a year. It is almost ten times more than it spends on military spending Russia. Meanwhile, the joint budget of NASA and the National science Foundation – a total of $ 25 billion, or 4% of the military budget. Many astronomers, astrophysicists, engineers and scientists of all stripes would love to increase the budgets of their areas.

What if we really reached for the stars? What if we lived in an era when investment in civilian research for the good of humanity would be significantly higher than investment in war, defense and military equipment? If space and research budgets of individual countries has reached 600 billion dollars, the track record of mankind would be considerably increased. Here are five possible breakthroughs that could provide the science, if I had a military budget only for one year. 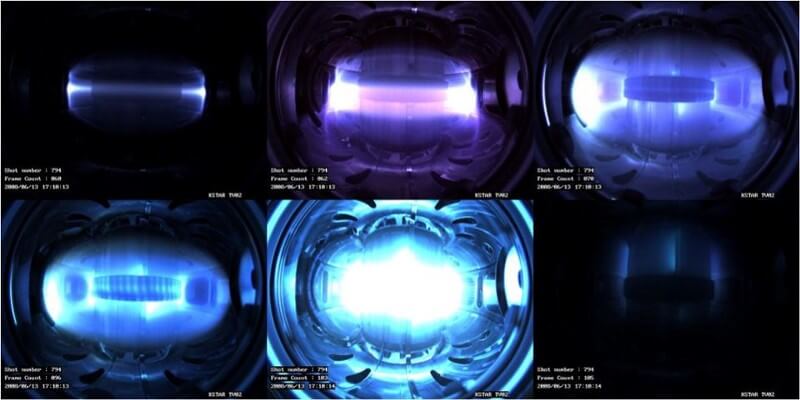 Although to achieve nuclear fusion there are many different methods, the most promising direction is the magnetic confinement (hold). International consortium ITER began construction in the era of Reagan — Gorbachev, and in 2019, when the total investment reached 20 billion euros, he said. Will take another ten years to make a successful ignition of the plasma, and in 2030-ies we have to overcome the point of no return, synthesizing together deuterium and tritium.

However, in many ways, the only thing that prevents the penetration of fusion energy in our world, is upfront investment with an incredibly long-term returns. Taking the us military budget for just one year, scientists could not only achieve nuclear fusion, but also learned its scale and would produce a revolution in the field of energy on Earth. It is the ultimate Holy Grail for energy, and the greatest obstacle to its success is not physics, and lack of investment. 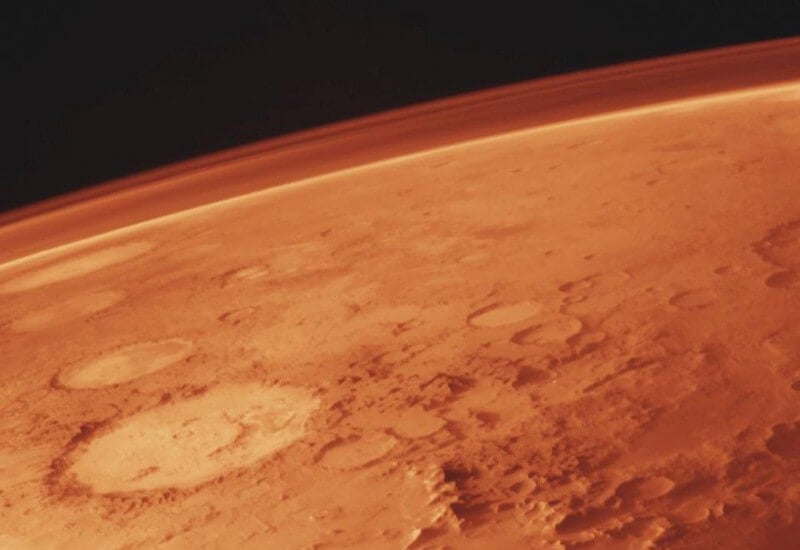 Mars and its thin atmosphere. Photo was taken by the Orbiter "Viking" in the 1970-ies. With all the difficulties of living on the red planet, a successful human colony could be built for only 50 billion dollars.

People on Mars? The only thing stopping us is the funding, which is not with the 1990-ies. Through steady investment of $ 50-150 billion dollars over 10 years, we could land on the surface of Mars, landed the crew, which could stay on the planet for 6-18 months before returning. We could create four separate and independent colony on another planet for 600 billion dollars. The only reason we haven't done it before, is funding. 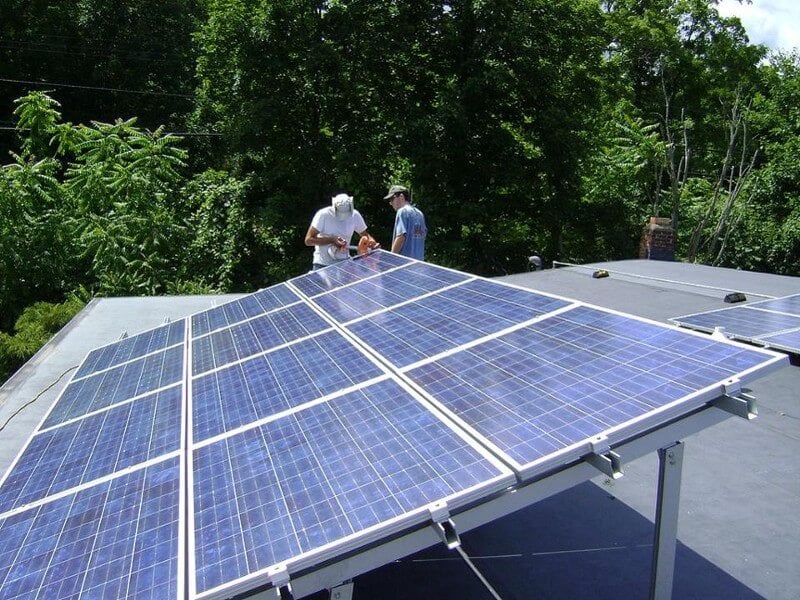 Two workers install a photovoltaic array on the roof. A small 2-kilowatt installation can be commercially available today for $ 5000

2000-watt solar system in every home

There are many advanced technologies that could be combined with solar energy, from transparent Windows to shingles and siding. But the cheapest and efficient solar installation remains the solar panel. Systems, which produce approximately 2,000 watts, are now $ 5,000 cheaper and provide about 175-375 kWh per month. If you take the 125 million houses in the country, over $ 600 billion could put a solar panel system in every home.

It would not solve our energy needs, but would significantly reduce the load on mains and reduces the use of fossil fuels. Besides, the effect would be instantaneous. 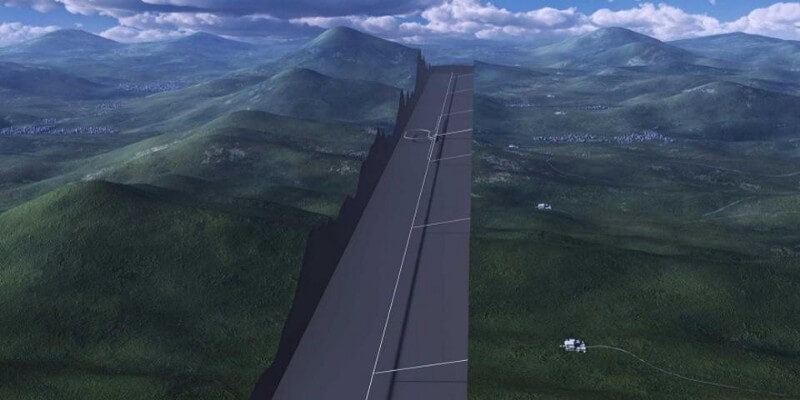 Hypothetical new accelerator, or long linear or surrounding Land, could Eclipse the energy TANK. But no guarantees that we will find something new, no

A particle accelerator all over the country, 40 times more powerful TANK

I think the TANK is cool? It was achieved proton-proton collisions with energies of 14 TeV in a 27-kilometer tunnel under the ground, and it cost about $ 10 billion. What you would build if money was in sixty times more? Believe it or not, there are only two free parameters that determine how powerful can be a circular proton accelerator: the power of magnets, which govern them, and the circumference of your ring.

Over 600 billion dollars we could build a tunnel with a length of 1,000 kilometers and reach the proton-proton collisions at energies above 500 TeV. If our electromagnetic technology will also improve, we could overcome the threshold of 1 PEV (1 PEV = 1000 TeV). The next step will be a giant "Permatron", first presented to Enrico Fermi, a particle accelerator with a circumference through the entire Earth. If the LHC will find anything beyond the Higgs boson, it will be a clear signal to the research of new energy frontiers.

The Hubble space telescope was a revolutionary Observatory, and remains largely a captain in astronomy and astrophysics. But being a diameter of 2.4 meters, it has already reached its maximum resolution. In fact, to see objects ten times fainter than he needed to watch them 100 times longer. But if we build a space telescope 10 times more, with 24-foot plate, the resolution not only will be 10 times higher for 2 hours of observation, he will see all that Hubble sees for a week.

Space telescope the James Webb with its segmented design, the sun visor and automated robotic technology can be a proof of concept of such a mission, however, a limiting factor remains funding. To obtain the size, image quality, and capabilities of start-up and maintenance required to create such a monster, it will require large investments. Over 600 billion dollars we could reach a diameter of 30-40 meters, but "100 times more powerful than Hubble" is a conservative estimate. The technology that we could create for the money, could produce a revolution, comparable to the Apollo program. 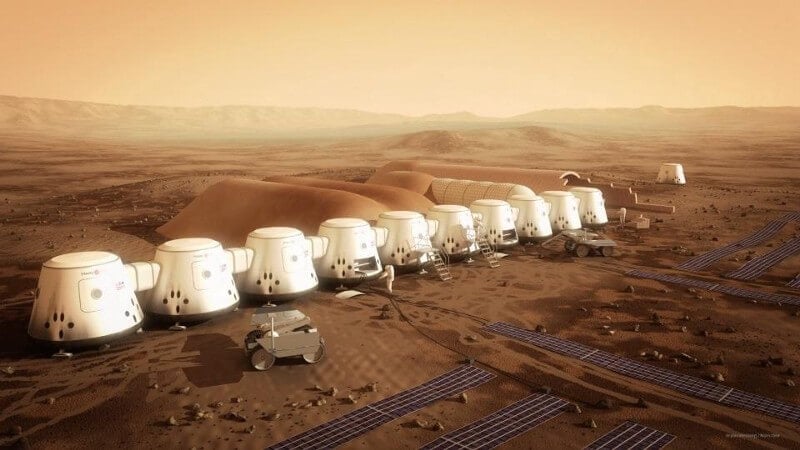 Of course, we could make breakthroughs in all these areas and for the sum less than $ 600 billion. ITER is still under construction and it will take a total of $ 40 billion. A single crew mission to Mars would cost $ 50 billion, including the massive deployment of infrastructure on the surface of Mars. 2-kilowatt solar installation on the roof is available for $ 5,000, but each year falling in price. "Small" supercollider are estimated in the range of 20-40 billion dollars and will be able to reach the energy TANK and never dreamed of. LUVOIR, the most ambitious project of the space telescope from the proposed 40 times more powerful than Hubble, will cost $ 15 billion.

Costs to achieve our academic dreams truly are astronomically high, but the gain will be even higher. In just one generation an investment of this scale in science and technology could transform our world like never before. Just over a year and 600 billion dollars could make a breakthrough in research for the next 25 years.