Forgive us, George. Elon Musk and the Chinese will leave Russia without the space China and the US are preparing for large-scale development of near space in the history of mankind. For this there are tools and technology. The case is beginning to move to what Russia has in a few years you will not find your space, and the right to fly in orbit will have to request from more successful neighbors.

China and the US are investing huge amounts of money into own space program. With trump NASA will receive up to $50 billion to explore the moon and near space. The Chinese are not far behind: just modern satellite quantum communication cost the country $100 million, and under its own space program, designed to 2030-2035 th, according to various estimates, reserved $20-25 billion of the Federal space program of Russia in 2015 was estimated at 1,406 trillion rubles — about $19 billion at the exchange rate in may 2020, and with the construction of the Vostochny space centre this figure will likely increase to $20 billion. 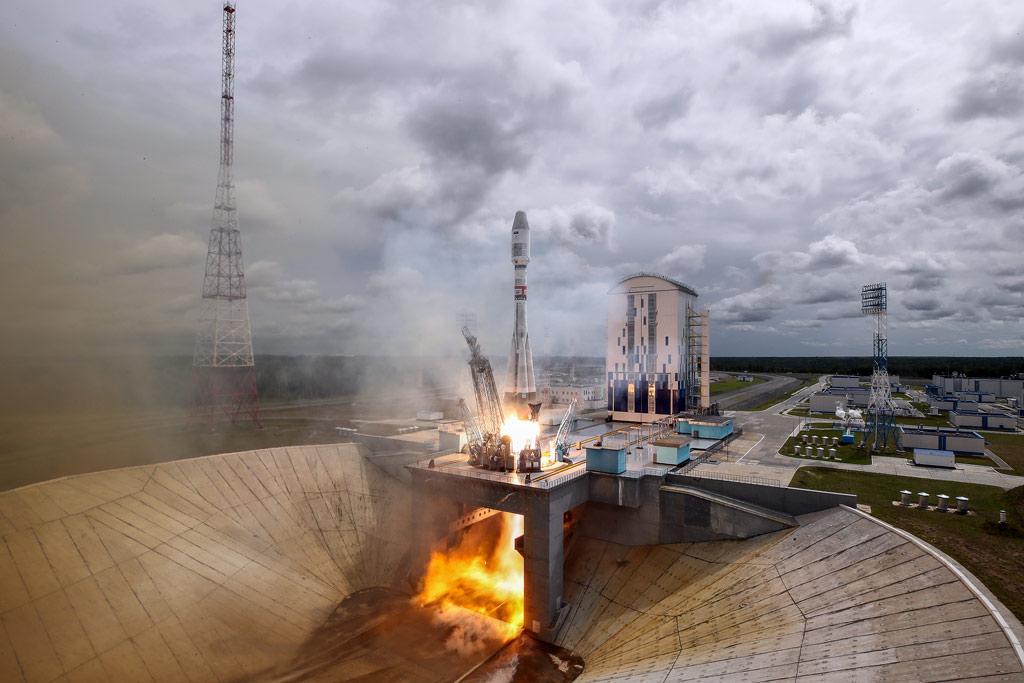 If even a cursory study of the plans of Roskosmos for space exploration from 2016 to 2025, it is obvious that Russia's plans for space expansion are similar to the plans of China and the United States. However, there is one but: it's the year 2020, the opponents in the technology race for the future show the first solution, assembled for a monstrously huge money, but from metal and polymers.

In the United States. Elon Musk has created a reusable rocket Falcon9 and Falcon Heavy and tests StarShip — missile technique, which almost certainly will be achieved not only challenges the conclusion satellites into orbit, but the cast of cargo to the moon. NASA is preparing a super-heavy rocket, the SLS, which should become the main transport astronauts to fly to the moon. There, on the surface the only satellite of the Earth, plan to extract minerals, and technically it is the seventh flight of the US moon landing. The previous six were carried out by the astronauts of mission "Apollo".

In China. The first launch of the latest rocket heavy class of its own production "Changzheng-5B" with the prototype of a manned spacecraft of new generation. At the moment China is already established manned spacecraft on three members of the crew, but the new spacecraft will accommodate up to six taikonaut. By itself, the "Changzheng-5B" — the last line before the full beginning of space exploration. In 2028 will be held the launch of super-heavy launch vehicle "Changzheng-9", which the Chinese will be able to withdraw on low reference orbit to 130 tons of payload. It is 30 tons more than in the time could bring heavy Soviet rocket Energia, which flew into space ship "Buran".

• Russia. Ground tests of the newest heavy rocket "Angara-A5" come to an end, however, no information on its use for space exploration not. In April 2020, the head of the Roscosmos, Dmitry Rogozin published a photo of the rocket in the Assembly hall, noting that her transportation to the Plesetsk cosmodrome all ready. Rogozin noted that the first heavy rocket will give the military, and that means for space exploration for scientific purposes while the latest technology will not be used.

A break in the launches of "Angara" at the moment is six years and (still) easy start version of "Angara" was held in 2014. Pending (i.e. NOT READY and NOT DEPLOYED) are other key projects. For example, "Sea launch", which is for operators of launches were too expensive when working from Russia, reusable rocket on the basis of the recovery vehicle "Baikal", as well as a super-heavy carrier rocket "Yenisei" which occurrence should not be expected earlier than ten years.

Also, there is no information about the system of satellite communication "Sphere", which "Rosatom" announced in 2017. At the moment, the Russian state-owned Corporation is busy serving a direct competitor, British company OneWeb satellites which performed tasks close to "the Field" and communication system Starlink from SpaceX. Also, again, are shifted to the right the start date of the module Nauka for ISS Russian segment. That is, all key projects are significantly delayed, a number of strategic directions already implemented by competitors in one way or another, Russia is lagging five to ten years, and national space programs and commercial demand for reliable and affordable space are inextricably linked. If starts to "fall" one, immediately decreases the demand for another.

Space historian, writer and journalist Anton Pervushin noted that the main strategy of "Roscosmos" has now become a movement for safe launches and reducing the cost of launch services. However, in order to achieve this, oddly enough, will have to spend a lot of money.

Both of these desires are in conflict with each other. Guaranteed reliability requires additional investment. Without a doubt, the startup costs will increase. Then it could be reduced due to the increase in orders, but the time will be wasted — as in unmanned and manned space flights. There is a risk that the Russian space program will be a purely national and a state affair

But here's the catch. The demand for Russian space trucks "proton" without order launches OneWeb would have fallen practically to zero, however, due to coronavirus OneWeb — bankrupt and new orders in the near future should not wait. Space main source of hard currency in the state Treasury for a long time remained of the rocket "Soyuz". To them, NASA took its astronauts to the ISS, however, and soon the shop can cover.

Imagination in the Universe. What dreams of "Roscosmos"

Eleven billion rubles of the abducted two hundred of billions of "undeveloped." Fantastic. Life decided to remind about the interesting and ambitious projects of Roskosmos, all of which lay and lay, and meanwhile they could be great "master" budget.

Wait x hours left for long: on may 27, 2020, Elon Musk and the SpaceX company will first launch a reusable manned spacecraft Crew Dragon. If all goes like clockwork and the ship in a few months will bring astronauts back to Earth in one piece, then purchasing seats on the Russian Soyuz, the Americans will cease. And then in front of "Roscosmos" the question arises: what to do next and where to get the money? 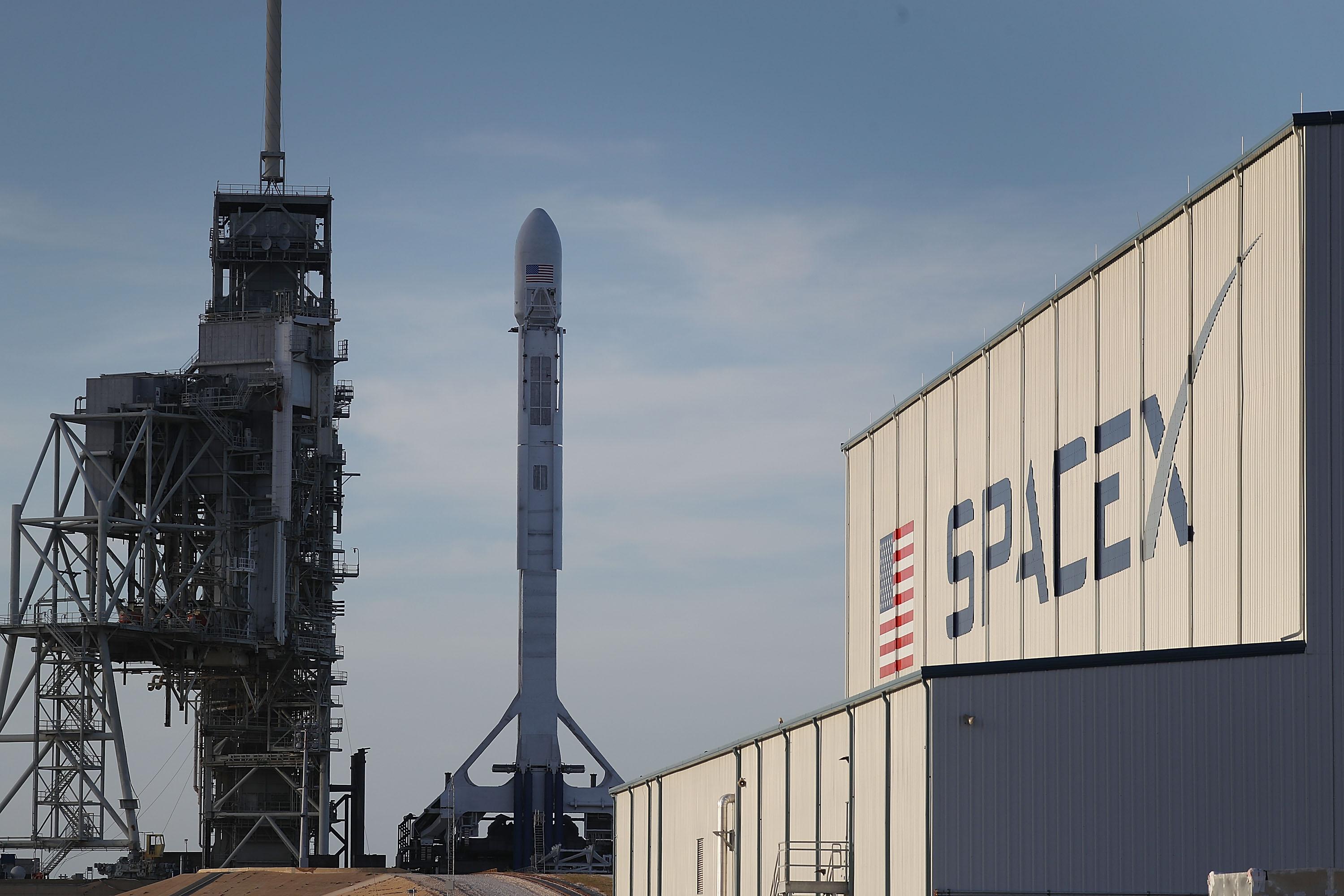 The answer is it is better to look for, based on the success of competitors in this area. From a purely technical side, on the edge of space progress remain Americans. The SLS rocket for lunar mission "Artemis" is almost ready and the launch services market is literally "raped" by the company SpaceX Elon musk, the subjugation of civil launches and military programs. And like the division of labor looks very logical — the owner carries for the money, NASA carries wherever state.

But there are also Chinese, which in General may not need the space of financial pie on Earth, but this country is absolutely determined to stake their claim not only on Earth but on the moon. Most of the Russian projects, at least the big ones at the moment are either Earth or the ISS, and neither of which involved large interplanetary programmes of the question. The engineer-designer of space technology and a former employee of the NGO "Lightning" that created the Buran Orbiter, Leonid Gorkin says that Russia currently has no funds and technologies for active space exploration. 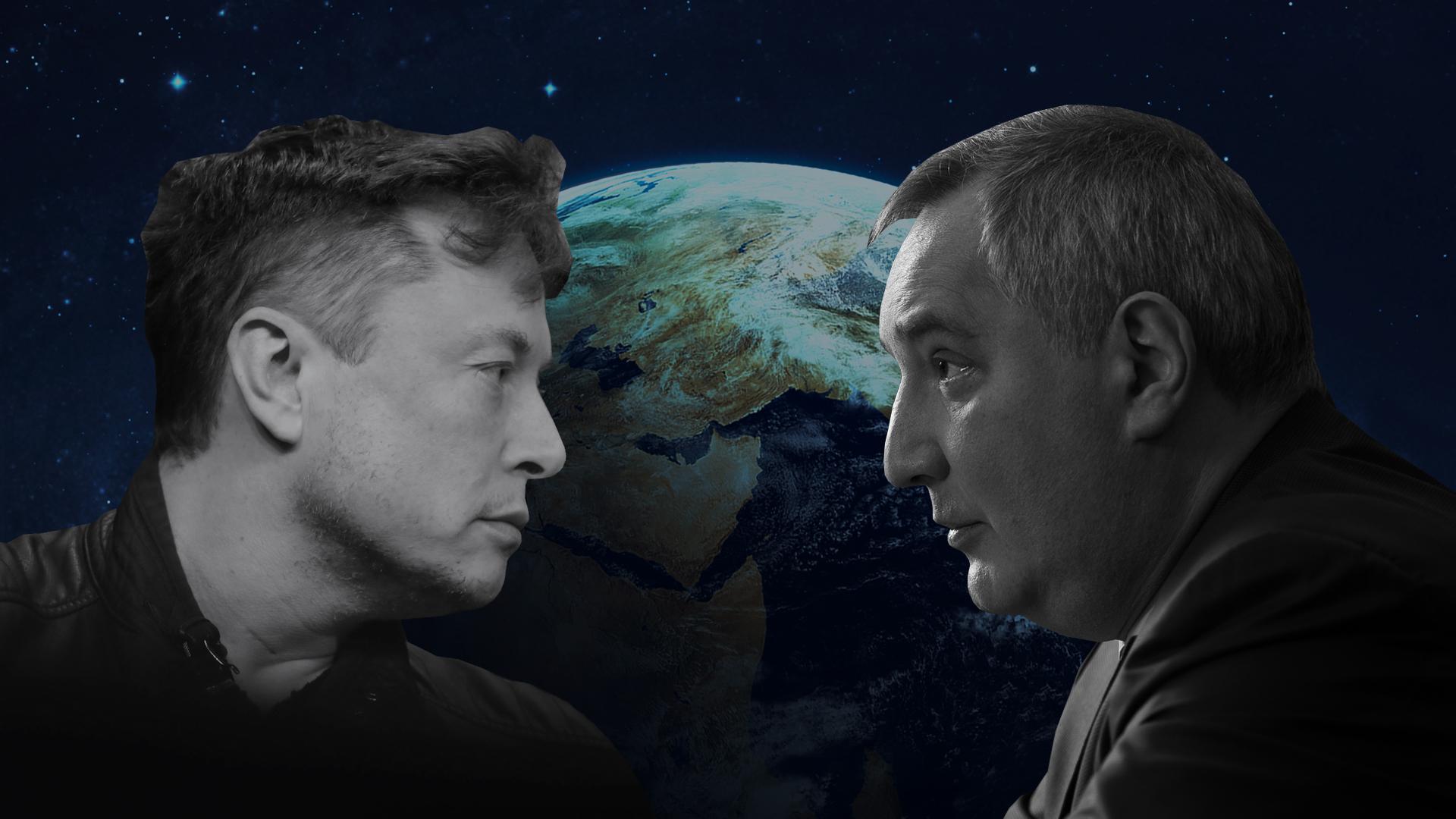 Rogozin is losing orbit? Russia may lose the market of launch services and all the missiles

In recent years, "Roscosmos" is increasingly criticized for lagging behind the us missile corporations. But is it worth it to look for problems in the Department, which is able to learn from their mistakes?

The peak of the technological readiness of the country's space programs were passed in the late 80-ies with the readiness of the program "Energy" – "Buran". It was the most perfect, the most technologically advanced and what really must admit, the most expensive space program immediately after the moon. After that, only decline. In principle, to adapt for commercial use the space technology that was able to save up to 1988, it was possible then, and now you can, but why not, I can not answer

Leonid garcin, engineer-designer of space technology, a former employee of the NGO "Lightning"

According to garcina, technologically in solutions of the same Elon musk nothing supernova there, and the businessman just successfully adapted to the circumstances, accumulate everything you need in one company.

This we knew even 50 years ago, what can the rocket to land back at the launch site. But then found the technology redundant — it was possible to build rockets two dozen a year. Why save? But when I changed the era and the need to conquer the customer, to Refine the technology for commercial, not military, and scientific use is not steel. Now I have to go back to old projects — again, super-heavy rocket, which was in the late ' 80s no one needs, and again, reusability, about which everything was known. Mr. Musk, by the way, our NPO. Lavochkin this technology was interested in

Mr Larkin, the engineer-designer of space technology, a former employee of the NGO "Lightning"

Current capacity of "Roscosmos" — dispatched to the moon automatic Rover. That is, the repetition of successes of 50 years ago. Whether this mission? A definite answer to this question the experts do not give. 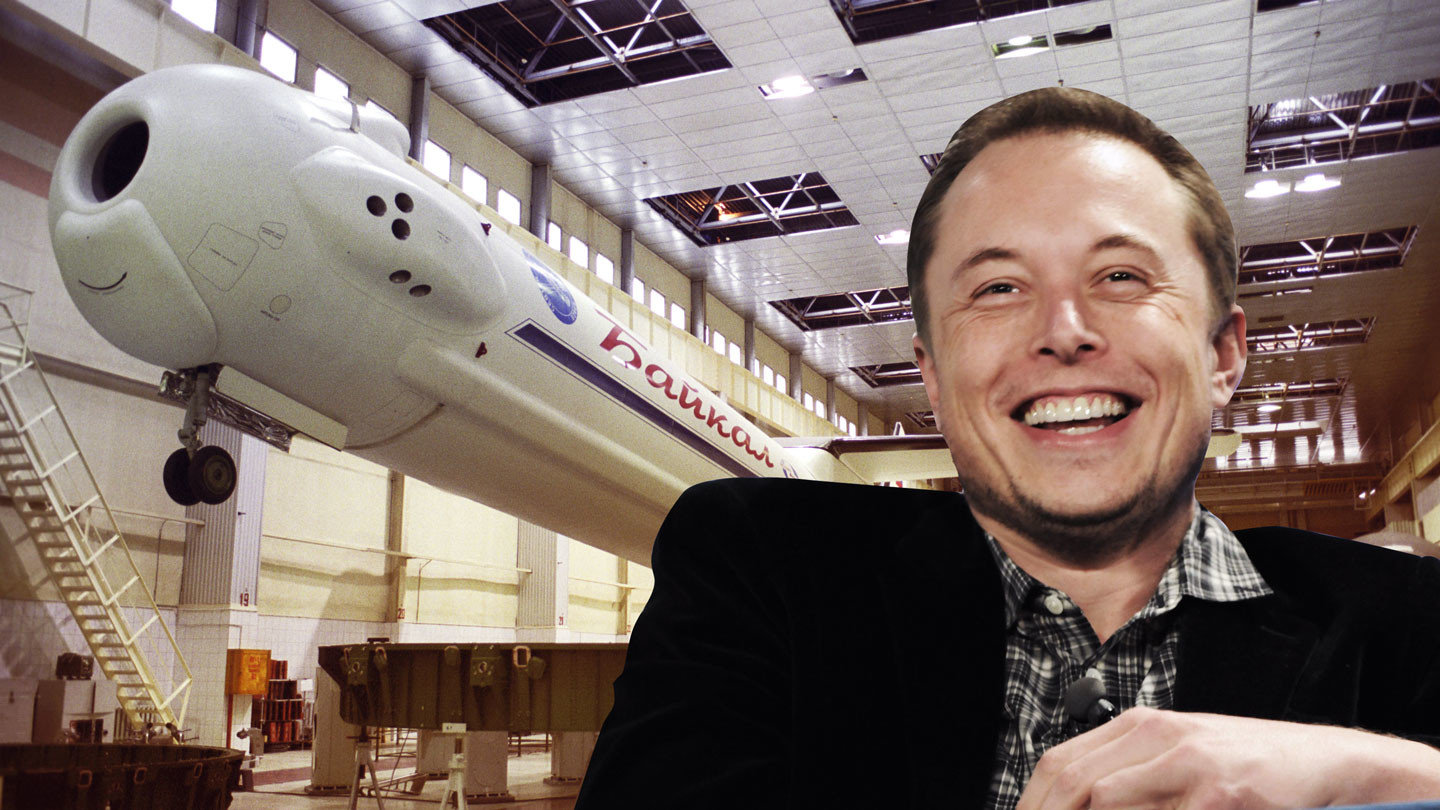 The first commercial launch of the Falcon Heavy once again raised questions about where in fact the founder of SpaceX and Tesla were inspired by the use of the returned rockets.

Experts involved in the space industry people note that "Roskosmos" well aware of the plight of Soviet cosmonautics. To save space and rocket industry of the country can be either a sharp increase in the financing and rapid deployment of promising programs, which in the future can pay off in one form or another (for example, mining on another planet or at least on the moon), or the lack of success of one of the competitors. But neither China nor the US to go the distance in the battle for space is not planned. And at some point Russia may be on the side of cosmic progress, with only limited earthly programs and flights within the low reference orbit.