Why President Aliyev took the masons? The head of the Russian Masonic Lodge, a political scientist Andrey Bogdanov went to the Azerbaijan capital. "I was like 10 years come at the same time in Baku. Came here in the Assembly of the great Masonic Lodge of Azerbaijan", — he said to local media, without becoming to disclose details of the meeting.

Of course, the masons — it's the most closed society in the world. Go to the most incredible rumors about their powerful influence on world politics, great wealth. That there true, to not judge. But the appearance of the lodges in a country or region can hardly be attributed to the ordinary events of importance. In an interview with Sputnik Azerbaijan Bogdanov told a curious story. It turns out that in 2008 with the direct participation of the great Masonic lodges of Russia and the United States was created by the great national Lodge of Azerbaijan. According to local media, the preparatory work in this direction has started in Baku in 2005 and 2006-years when the Ministry of justice of Azerbaijan has published a statement of registration of the organization "masons" in the country. Then it was alleged that Azerbaijan was in the masons enrolled "many businessmen, some politicians, athletes and representatives of various professions." 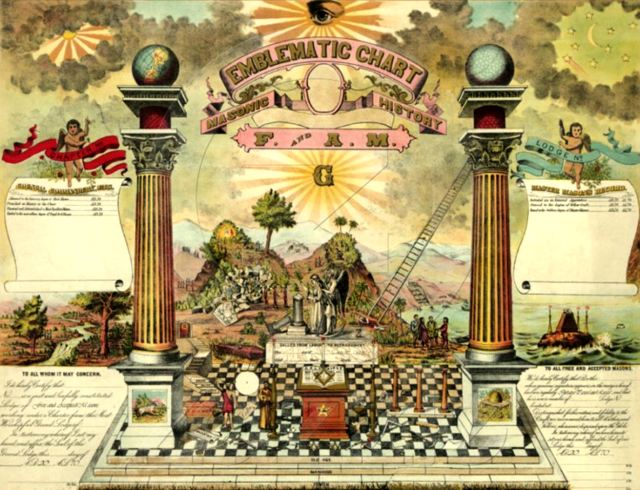 Illustration:
Esoteric Solomon's temple with the Heavenly pillars of Freemasonry

One of the activists of this project were told that the task of "introducing the people to the government, as well as support already established politicians", and "among the members of the opposition parties, I do not see promising politicians". The activist said about himself: "About a year I was trained in a foreign country, in the course of a year and two months, received recognition all masters of Masonic lodges operating in the world, and became the leader of "Mason" in Azerbaijan. You'll see, soon the positions of "Mason" in Azerbaijan are very strong." Indeed, the Masonic themes started to move in the press materials began to appear about the presence in Baku of old mansions with Masonic symbols. It is also present on the banknote of 50 manat, which painted the stairs. In Freemasonry — the staircase with seven stairs leading to the temple of king Solomon.

Historians told that the Creator of the first Azerbaijan Republic mamedamin Rasul-zade "was close to Freemasonry" and "shared the underlying ideas of brotherhood and equality". So it turns out that Bogdanov's visit to Baku is connected with celebration of the 19th anniversary of the appearance, or rather, return of Freemasons in Azerbaijan. Besides, he's in one of his interviews said that "the work of the Lodges do not discuss political issues, but among the masons there are people competent in different spheres of social, political and economic activities in their countries," and "so, of course, some influence on decision making there." The intrigue here is in the role assign masons to one another in the context of development of Azerbaijani-Armenian relations. 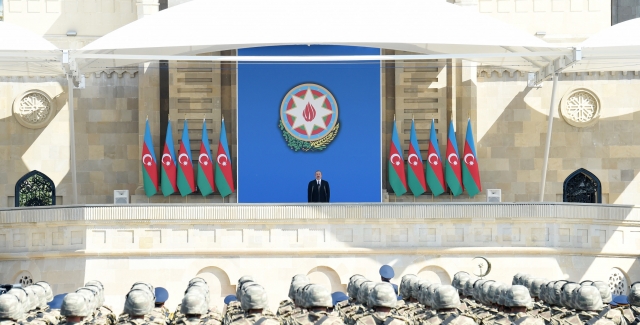 On the one hand, some Baku masons on condition of anonymity claim that Armenians among the masons there. On the other, says Bogdanov, masons in Armenia was revived earlier Azerbaijan. It exists for about 15 years, called the "Grand Lodge of Armenia" (Grand Lodge of Armenia). However, the masons of Azerbaijan and Armenia do not recognize each other and meet only at the Assembly of the Grand Lodge of Russia, USA or somewhere in Europe. That is between them in the boxes and conducted a fierce backstage struggle. This is the first. Second. Ahead of his visit to Baku Bogdanov appealed to the Azerbaijani foreign Ministry with a request to remove his name from the "black list" for visiting Artsakh, where he was when he "awakened a desire to visit the grave of my grandfather's wife", as "it was in this political background, without any representation, other than the admiration of nature." And later Bogdanov said that "respects the sovereignty and territorial integrity of the Azerbaijan Republic".

And here's a strange coincidence that indicates the closing of the interests of the "Union" of some Russian scientists, part-time masons, with the interests of Baku. They were going in the "liberated" village Jojug marjanli to participate in the international conference "the Geopolitical axis Moscow: Azerbaijan is the only ally of Russia in the South Caucasus". What would all this mean?