To catch up and overtake China to make America great again Print version Material posted: Publication date: 11-07-2018
In the US joy: America was overtaken by China as part of supercomputers. Until this week the fastest and most powerful was the Chinese "tai light", and now — American Summit. Last ready to fulfill tasks on the part of energy research, as well as in the area of national security and other spheres.

But there are suspicions that this record for a while. By 2020, expect the emergence of a new giant, occupying an entire room, it will be called "Tianhe-3" and by this name it is clear that America again revert to the second place.

For professionals — new "Tianhe" will refer to the E-class, it needs to beat "Summit" on petaflops and other mysterious figures of supercomputers.

So, there is a struggle for first and second place. And the third again the American giant — "Sierra", "Tianhe" the older generation holds fourth in the world speed record, and only the fifth place is not the Americans and the Chinese, and Japanese.

The main thing in this event that very recently, few could imagine that between the US and China in General, perhaps such a competition, not to mention the fact that America was happy and felt great again, catch up and overtake the Chinese.

Previously, it was clear from the start that China will overtake the US in total GDP, which includes, as you know, everything from bags of rice to car tires. But the competition between the two giants was not in quantity but in quality, that is, in terms of technological superiority, it was impossible to imagine. 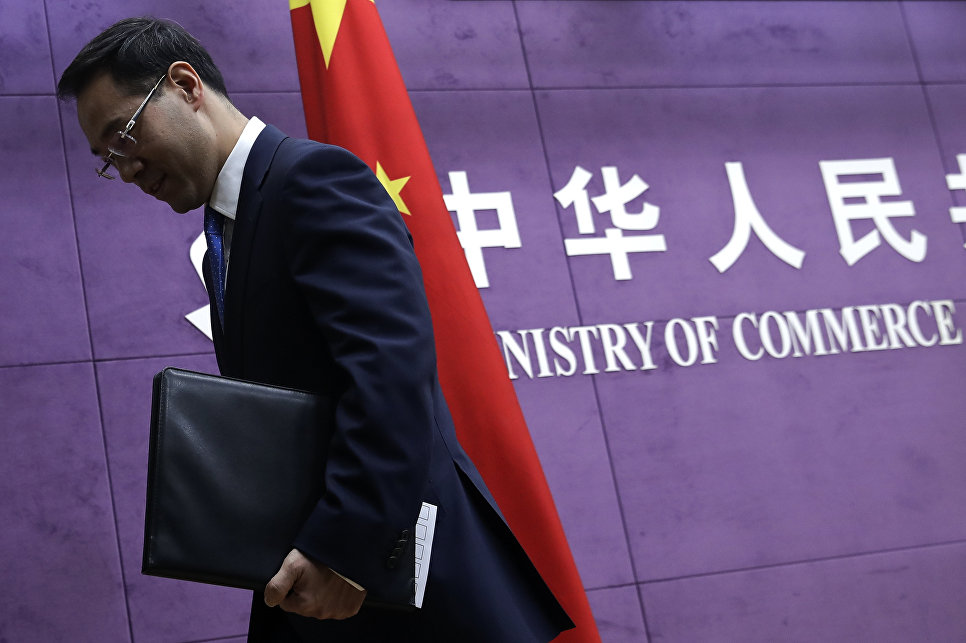 © AP Photo / Andy Wong. The representative of the Ministry of Commerce of China Gao Feng, at a press conference in Beijing. 6 APR 2018

And today what is called a trade war between China and the U.S., the more noticeable it comes down to technological competition, which in addition is extremely tough methods. Tone and rigidity set by the United States, and this suggests that they are afraid of losing.

For example, this week President Donald trump endorsed the establishment of a mechanism to limit foreign investment in the United States, not to allow investors to steal American technology. Target number one is China, where at the same time prohibited the export of "important technologies". The ban was preceded by the leak, oproverjenieI, the statement that "it's not just China", but in General-it is clear that the competition is between these two powers in the first place.

I highly recommend to look sometimes on the page of the Chinese edition, a leading chronicle of the achievements of the country in terms of new technologies. As always in such cases, it is very difficult to figure out whether the state is a leader in a particular industry. For example, the success of the Chinese biotechnology that experienced in Dubai a new variety of rice, not afraid of salty water, it means the world championship to China or not?

But in any case, it is possible to ascertain a national obsession Chinese it technological progress.

On the other (American, Western) side is the obsession with the desire to see any failures of the Chinese on the technological direction. For example, the satellite "Tiangong" (heavenly Palace), he really moved out of orbit and will soon fall, as it has recently been with another companion? Still unknown, but someone like that fell. And no Chinese successes in technology were not.

Art to deny the obvious reality I observed during a trip to China in 1992 when it about some kind of leadership have not discussed China as a world power was still representable. In our group was a man who all his life has studied Europe and working there. When he saw the new Chinese skyscrapers, the gleaming, pristine roads, cars and everything else, it was the shock and sorrow of mind. He began to explain to everyone around that we have before us the Potemkin village is a special area for the foreigners and so on. He calmed down only when we passed a rather miserable village. "This is the real China," contentedly sighed our Westerner.

But the interesting thing comes when you read a sober assessment of Chinese technological capacities on the part of the Chinese themselves. Recently at a seminar in Beijing organized by the chief editor of "Science and technology" Liu jadun, who said: it is not necessary to deceive ourselves about the fact that soon we will surpass USA, becoming the world leader in science and technology. The gap between China and several developed countries, including the US, must be clear to everyone, especially since he is no not a problem for China, said Adun.

And began to enumerate: there is a gap in the theoretical research, lack of staff and look forward to the completion of many important projects.

Another marked them problem — shapkozakidatelstvo, which are different sorts of Chinese media. Why, for example, were to publish a list of the most striking "his" inventions — namely, high-speed railway, electronic payments, system, bike sharing and online trade — if none of them invented in China?

Here it is necessary to argue already with Liu: Yes, the invention was made somewhere else, but it is China that has brought them to perfection and began to apply on a massive scale, including for export. That is, it is not only the authorship, but also the impact of such.

The magazine, led by Liu also published a list of 29 industries in which China "enslaved" is a technologically dependent on foreign knowledge and the supply. And apparently, the current is quite restrained Beijing's behavior on the never-ending trade talks with the United States due to the accurate comprehension of this reality. 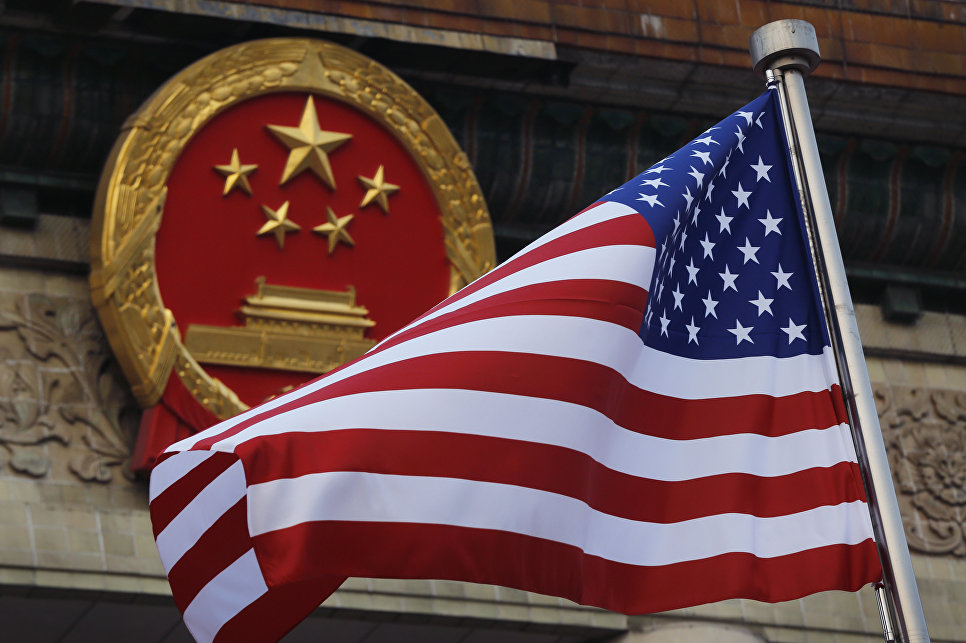 © AP Photo / Andy Wong, File. USA flag on the background emblem of China in Beijing
Here I would like to say the following: now, if all the Chinese media, all public figures in one voice saying that overtaking and driving US and all other countries has already taken place, and forever, then these excessive manifestations of patriotism would be suspected, carefully hidden weakness. Even if the confirmation contained the list of the other 29 or 129 of the areas where China is already first in the world. And if they are not afraid to admit the gap in some areas, then in other directions there is a force. And American enthusiasm for the interim world championship on supercomputers suggests.