A dozen knives in the back of Tehran Print version Material posted: Pankratenko Igor N.Publication date: 24-05-2018
Trump said trump did, and to this principle, if we are talking about Tehran, the world will have to get used to. The American President could be bluffing to escalate the drama, intrigue — but not in the case when it comes to the Iranian issue. Here it is categorical, consistent and do not intend to discuss. And when yesterday at the Heritage Foundation — think tank of conservatives, tenderly loyal to the precepts of Ronald Reagan's Secretary of state Mike Pompeo announced 12 points of ultimatums to Iran, no one had any doubt that he has spoken with Donald trump.

It is difficult to predict under what name, yesterday's speech of the Secretary of state will go down in history. Maybe — "a list of Pompeo", maybe something else. In my opinion, it is better to talk about "a dozen knives in the back of Tehran." Since, if they perform the effect is the same — the victim, in this case the Islamic Republic, will be deprived of the opportunity to make the slightest movements in the international arena. She will only helplessly observe in the direction of Washington and fading consciousness could wonder whether the first will finish, or will divide "to live".

Dramatize and escalate? Well, judge for yourself. Conventionally, the 12 points put forward by Iran ultimatum can be divided into three blocks. First — as expected — for the notorious "nuclear dossier Tehran" and its missile program. The Iranian side should permanently stop its nuclear research, which in his speech Pompeo on the net, that is, to the eye and with a clear flow of Israelis called "developing nuclear weapons".

Again — any research, even if they relate to nuclear energy. At the same time completely abandoning uranium enrichment and plutonium at any time by giving inspectors from the UN and the IAEA access to any facility in the country that they deem "suspicious." Well completely stop missile development, close to production, and even more so — not to transfer missile technology and finished products anyone have.

The second block applies to Iranian policy in the middle East. Tehran must withdraw all controlled armed groups from Syria, to agree to the disarmament of the Pro-Iranian Shiite groups in Iraq, stop any assistance for the movements of Hezbollah, Hamas, Islamic Jihad, the Taliban and the Houthis in Yemen. And that is absolutely enchanting — to stop harboring leaders of "al-Qaeda".

It is noteworthy that the list of movements, which should give Tehran, as this block is created with all the latest advances in the field of manipulation of public consciousness. For anybody in the world is not the secret support of the Iranians, Hezbollah and the Houthis, although in the latter respect, the dimensions provided to them by Iran assistance is very much exaggerated. And if so, it is possible to include in the General list and the others. There were contacts with the Taliban? Was. And bother evidence that these contacts had the character of regular support that we are talking about some temporary agreements which are with the Taliban and the Americans, and the Chinese — the US is absolutely not going to.

The same is true with Hamas. With which working contacts was almost all system players in the middle East — from the Saudis to Washington and Moscow, and the money they from whom received. But it should be responsible for solely Tehran. As for being on its territory for a short time was visited by some representatives of "al-Qaeda". Moreover, none of them, even according to the classification of the CIA, no status did not reach the "leaders" of this organization. High — middle level liaisons and crossing Iran as a transit. And that's where they went then — extremely racy subject, too extensive to uncover it in this article.

And finally, the third set of requirements, which, by and large, prescribed the norms of "behavior" of Tehran that he should strictly follow in order not to cause displeasure... No, not only Washington but also its allies, including here and suffering from end-stage of iranophobia Israel and Saudi Arabia, and all others having any claims against Iran. Moreover, it is absolutely not important presence of Iranian claims to them — besides Israel of organizing the assassination of Iranian scientists. Or to the same Saudis lavishly financed "rebels of the Baloch people", which incidentally hunted drug trafficking from violence against civilians.

However, to speak about double standards is simply hot air. They — that is the "Realpolitik" that prevailed and prevails in international relations. Much more relevant here and now another question — whether the USA will manage to ensure that the dozen paragraphs of the ultimatum was supported in Europe. Since in this case, Iran's position will become extremely difficult in the face of the economic war declared by the States to Tehran, the Islamic Republic will remain virtually alone, without allies, in fact — in international isolation.

This is what sought by Washington on what Pompeo yesterday stated in no uncertain terms: "After our sanctions will come into effect, Tehran will have to fight for the preservation of its economy. Iran will be forced to make a choice: either to preserve its economy, or to waste their resources on wars abroad. He will not be able to do both at the same time". And here — in relation to the position that will occupy Europe for Tehran, it looks, to put it mildly, not too optimistic. 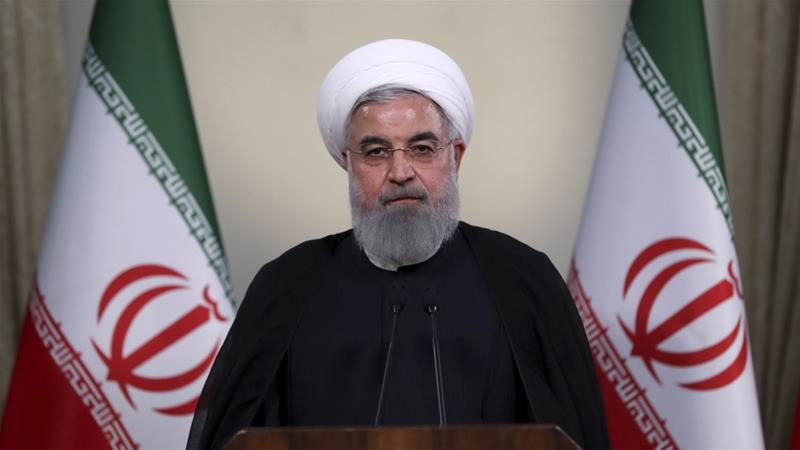 But sad for Hassan Rouhani, the reality is that regardless of US opinion in other countries, of course. That's only possible for Washington to convince these countries that it is against Tehran wrong — much more. Which, by the way, albeit veiled, but was forced to admit, and the head of the Iranian diplomacy Javad Zarif. Prinasi at the end of his "tour of despair" — a visit to the capitals of the States that participated in the preparation JCPOA — about the "lack of EU political will to preserve this Agreement."

All in all, quite predictable. How aptly the author of an influential American, The Atlantic Krishnadev Calamur, "for the largest European companies the choice of doing business in the United States, the country with the economy in 18 trillion dollars Iland business with Iran, in economy 400 billion dollars is quite obvious". From the moment when trump announced the release of JCPOA large foreign businesses began to leave Iran. And this process is far more revealing than all the political declarations together makes an ultimatum "12 knives in the back of Tehran" is quite viable.