Whose pilot will lead to the ports of Russia? Print version Material posted: Gornova Anna M.Publication date: 07-04-2020
The state Duma during the spring session to consider the bill on creation in Russia of a unified state pilotage service. The initiative has caused a wide resonance, one of the authors of the bill, a member of the Federation Council Committee for Federative structure, regional policy, local government and Northern Affairs Viktor Pavlenko the article explains key aspects of the concept of the initiative and the counter-arguments to populist theses.

The state Duma is introduced by a group of Federation Council members, including me, the bill, the purpose of which is to create in Russia a unified state pilotage service. Pilot topic close to me because I represent in the Federation Council of the Arkhangelsk, the cradle of the state pilotage service of Russia. She was born there more than 400 years ago and from then until the beginning of perestroika was the state, and the pilot always by faith-righteousness served the Russian state and was sworn...

Since 1991, there arose a legal conflict, when the laws of the pilotage of ships could carry only state pilots, and really, with the consent of the Ministry of transport pilotage on a commercial basis was carried out by non-state pilotage organizations established by pilots on the system of "Self Employеd Pilot", has received worldwide recognition. For example, in the Netherlands — is a "Pilot Corporation of the Netherlands", in France it's "Professional pilot syndicate" in Germany is "Pilot Fraternity" carrying out pilotage under the control of the Federal government receiving part of pilotage and to ensure pilots delivery vehicles and other equipment. The system "Self Employеd Pilot" differ from country to country, but they have in common is that, being private, they are not "private" commercial in the sense of our laws, their status is enshrined in the law on pilotage in these countries, and on the basis of this law, they are controlled by pilots.

Later, pilots of non-governmental organizations, United in the Association of Sea Pilots of Russia, which established in the main ports ANO a pilot, actually created a non-profit pilotage service of Russia, by analogy with the pilot Corporation in the Netherlands, one of the most advanced pilotage services in Europe. This uniform system of nonprofit pilot organizations successfully provided more than 80% of the turnover of goods of seaports of Russia, but because it was created spur of the moment, because of gaps in the legislation, it was destroyed. The pilots appealed to the constitutional court and won the case, but took the victory instead of pilots have other, more adapted to the market people. And even this victory pilots: the Decision of the constitutional court of the Russian Federation dated 06/04−2004 n 7-P, businesses are trying to use to their advantage. 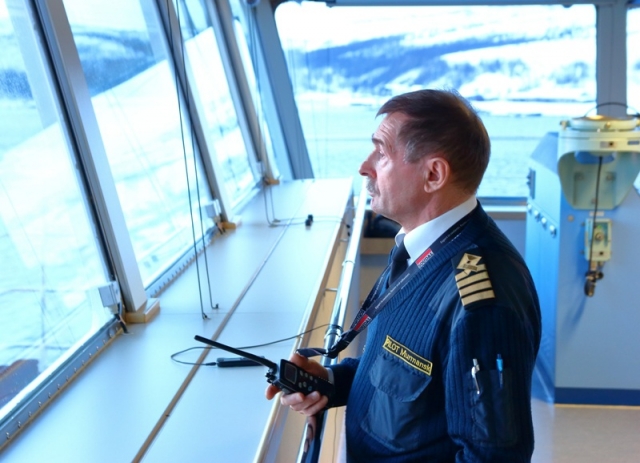 The authors of the bill have received a lot of letters of support from pilots, but since the introduction of the bill were also several complaints from the private sector — opponents of the bill. Therefore, consider it necessary to clarify some key aspects of the draft bill. Safety of navigation is a complex of measures, where a pilot security belongs to one of the leading roles. Pilotage service should be stable, depends on uninterrupted operation of the port and environmental safety, and the pilot is the person that represents on Board of the public interest and exercising public functions. Form of organization of pilot activities can be public or non-profit, as it is worldwide. In our country in this part was a legal vacuum, which allowed to invade private business into the public sector duties, which subsequently became the cause of a large number of distortions, including economic. 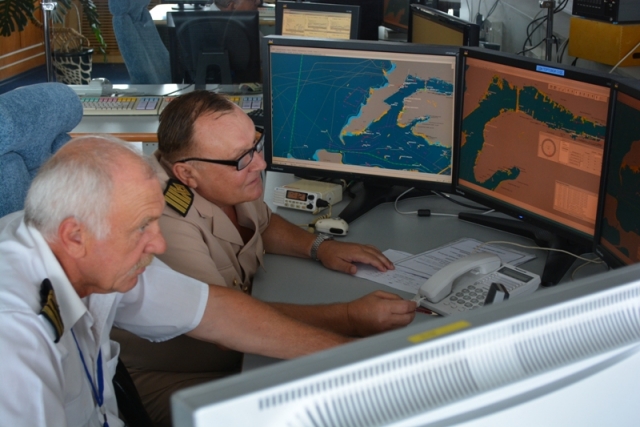 For example, the thesis of the opponents of the bill about the loss of the state organization and the profitability of private companies in providing pilotage services ships easily explained and refuted by the example of neighbouring Finland, where only 10% of the ports cost effective. All pilotage in the mode of natural monopolies, without asking for subsidy to the state implementing the state enterprise "Finnpilot", which redistributes part of the pilot collection, resulting in a highly profitable ports to ensure pilotage in the ports unprofitable. What will happen if we hypothetically assume that a pilot fee of 10% of the ports, as we do, "saddled" with private companies for profit? And will what we have now: they will certainly be profitable, but the state will be forced to subsidize unprofitable pilotage in the ports.

Of course, owners of private pilotage companies operating in the profitable segment of satisfied commercial approach to pilotage of vessels, and they would like to retain a profitable risk free business, but the government can not make a "business" to the detriment of national security. That is stated in the development Strategy of Maritime activities of the Russian Federation 2030, when the old system of pilotage provision in modern Russia.

The imbalance and deceleration of the development of the system of pilot schemes in the country is that due to the lack of regulatory requirements for "pilotage organisations": they are "equipment, number and qualifications of their employees, installed (the transport Ministry) for a particular article 86. KTM of the Russian Federation the purposes of pilotage" — the private pilot, the company came under state control. Despite the fact that pilotage no pilotage organizations are in principle impossible, they are not defined in the CMW RF and only mentioned in the bylaws. Currently, the Ministry of transport — "competent pilotage authority" — can control the activity of subordinate state organizations and cannot control the activities of private pilotage companies operating in the largest and strategically important seaports of the country. 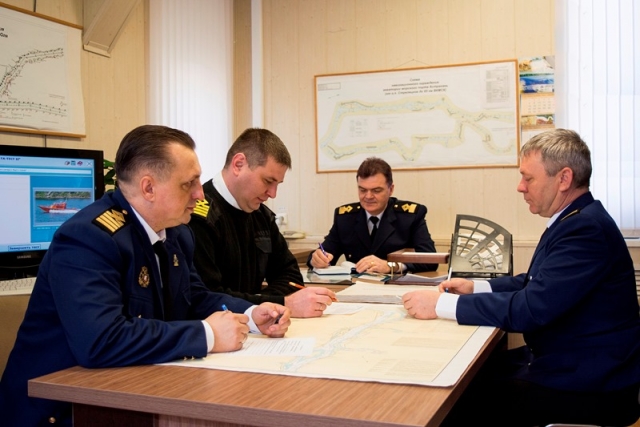 Almost all laws on pilotage in Maritime countries about the obligation of the state, and it is based on IMO Resolution A. 159 (ES.IV). This Resolution IMO, like many other legal decisions of international organisations concerning the external activities of the state, is not and cannot be imperative, but ultimately, based on the voluntary consent of the parties, it is the obligation of the state and obliges it to organize in the right system a pilot service in the best way. How is the best way, is another, big topic, but in any case, not ensuring the profitability of a small number of owners of private pilotage companies in a cost-effective ports due to the subsidizing by the state pilotage provision in dozens of unprofitable ports.

Docked at the private port

Another populist thesis of the opponents of the bill that protects the private pilot, the company is the assertion that the adoption of a law giving the state the pilot's right to give advice to the captain of a private vessel entering the private port, where it serves private stevedoring, towing, private, private bunkering and other private companies, is illogical. Also do not agree with this.

First, port services, ensuring the safety of navigation in the port, provided by the state, according to the law (part 13, article 19 No. 261-FZ) they are called port fees and also the law (part 5, article 19) are regulated as natural monopolies. Only pilotage services on a competitive basis are private companies, which in Russia up to 2005, there was in history. The return of the state in a pilot case — this is a historically and professionally necessary action. 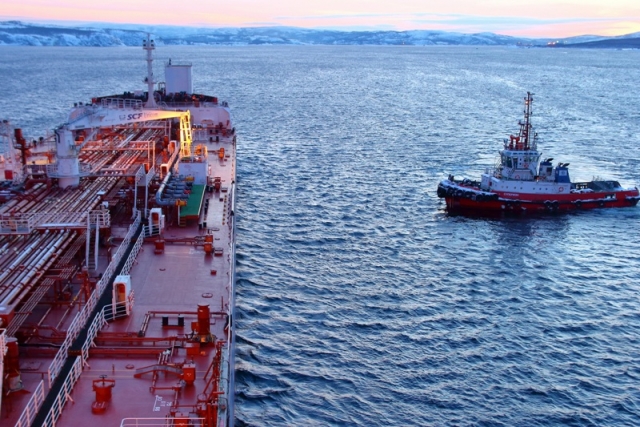 Second, in many sea countries, including European countries, such as Sweden, Norway, Finland, and Greece — countries with a long tradition of market economy and private property, state private pilots lead the court into private ports without any prejudice to the glory of this market economy. In all sea countries, pilots will see the court as the workers of organisations of public interest, and nowhere is there a private (in our sense) pilotage companies, whose owners can use pilotage dues for purposes not related to pilotage.

In addition, there is another important aspect of the pilot service, which cannot be solved in the current system of pilotage legislation, or rather, in her absence, is a pilot for vessels in our Arctic region, where sea transport is the only mode of transport for newly constructed ports and life support systems of the far North. Despite the great importance of the Northern sea route and the vulnerability of the zone in Arctic waters, in violation of International treaties, ratified by Russia, has so far not solved the problem of the formation of the regulatory legal framework providing ice pilotage services corresponding to the national security interests of Russia. 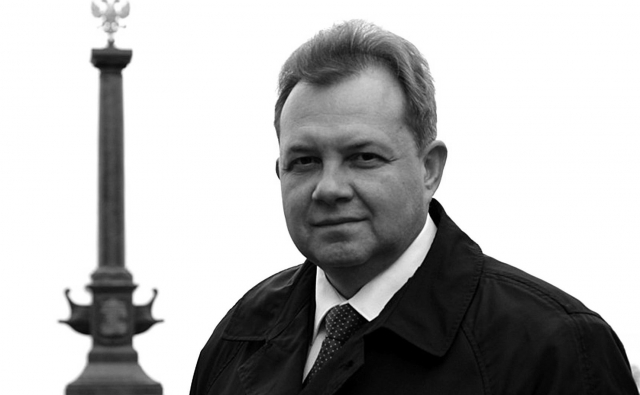 Why not experience the Netherlands

Free enterprise is a pilot case as it is declared by the opponents on the basis of the civil code, allows them to speculate clearly expressed in the Code of trade navigation of the Russian Federation (KTM) purposes of pilotage, paying in their income pilotage dues dedicated to the development and stability of the pilotage function. A return to the pilots the right to work in their organizations, as it was in the historical period from 1991 to 2001, when all non-state pilotage organizations were non-profit, requires a great deal of legal work, as, for example, in the Netherlands, and it is unlikely this is now possible. In such circumstances, to organize stable quality pilotage service in all sea ports of Russia, including loss-making, and to ensure social security for pilots, high-class professionals, it is possible only by creating a state pilotage organization.

Also read: a Bill to pilot the provision of navigation again submitted to the Duma

Details: https://regnum.ru/news/polit/2905074.html
Any use of materials is allowed only with a hyperlink to IA REGNUM.

Source: https://regnum.ru/news/polit/2905074.html Any use of materials is allowed only with a hyperlink to IA REGNUM.