A fleet of two oceans. Why the US renamed Pacific command Print version Material posted: Gornova Anna M.Publication date: 06-06-2018
The us military changed the name of Pacific unified combat commanders in the Indo-Pacific. Cosmetic edit title hides the growing political and military interest in the area of the seas around the Asian continent, becoming the new "boiling point" in the twenty-first century. Details — in the material of the portal iz.ru.

"In a sign of the increasing connectedness between the Indian and Pacific ocean today, we renamed the Pacific command of the U.S. armed forces in Indo-Pacific," said may 30 in Honolulu, the Minister of defence of the USA James Mattis, introducing the new head of command Admiral Philip Davidson.

Mattis noted that in this way Washington sends a signal that "no country, whatever its size, will not become a victim of anyone's economic predation, and not be subject to violent coercion". 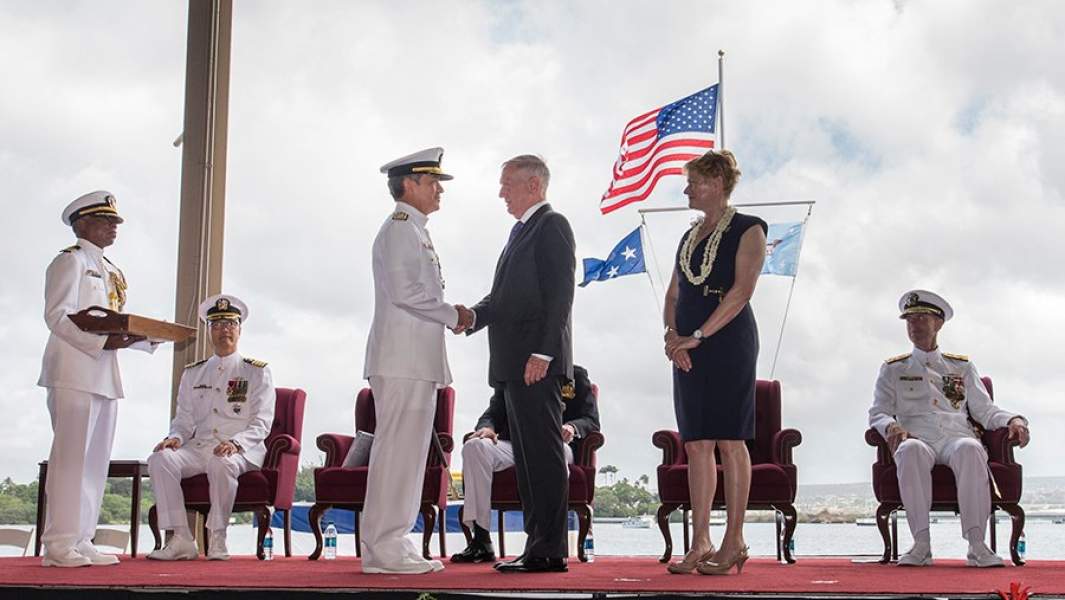 The Minister of defence of the USA James Mattis is the new head of command Admiral Philip Davidson. Photo: Global Look Press/ZUMA/Vernon Young

The retiring commander in the Pacific, Admiral Harry Harris, who plans to approve the position of U.S. Ambassador to South Korea, expressed more rectilinearly: "the Competition of the great powers has returned. We are at the point of fracture history. In the Indo-Pacific region unfolding geopolitical competition between freedom and tyranny." Harris emphasized that increasing attention to the region is due to the growing power of China.

A new word And

Perception as a single region of the zone of the two oceans surrounding South and East Asia, in the world of political science is relatively new. Previously, this region holistically perceived mainly marine biologists and climate scientists. But with the end of the 2000s years, and especially since the beginning of the 2010s "Indopacific" migrated into the lexicon of politicians.

This files most often mentioned him in India, and this is no coincidence. The influence of India gradually spread in South-East Asia, and with some point of the continental conflict with China received a peripheral measurement in a competition for small countries of the region.

The Indian plot easily found and in the current series "Indopacific". This time, the Washington administration decided to pick up the keys to new Delhi and 2017 confidently uses this term, referring to the regional problems. Over Donald trump, stubbornly keeps talking about the Indo-Pacific region, initially mocked in the press, but gradually the sarcasm disappeared.

Mentioned India and the ceremony in Honolulu. "Relations between India and the United States is one of the great historic opportunities that opened before us in the twenty-first century," said Admiral Davidson. 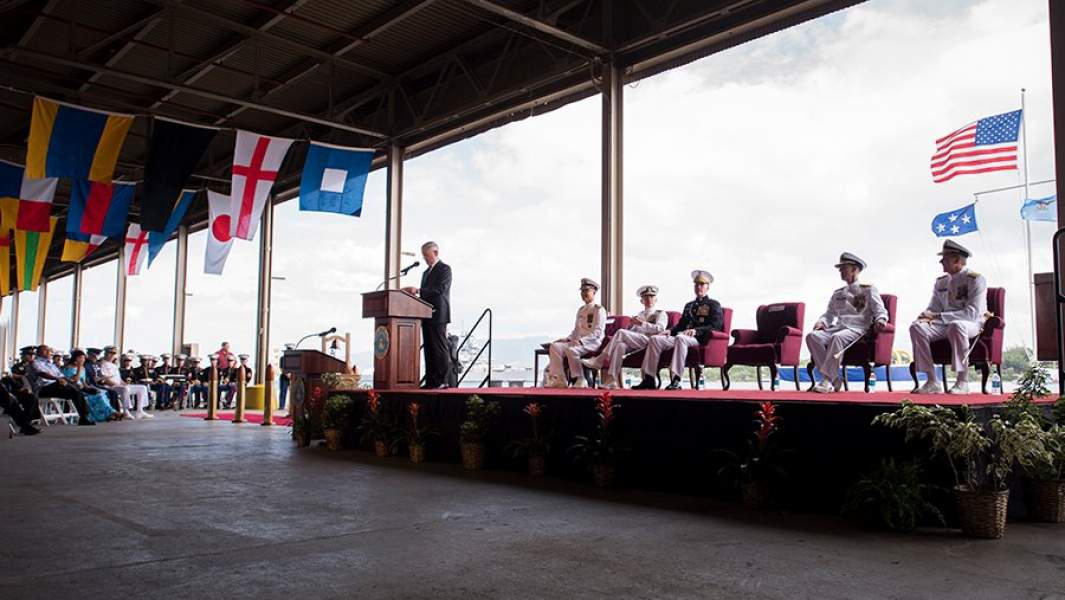 The Minister of defence of the USA James Mattis at joint base of US armed forces at pearl Harbor — Hickam in Honolulu. Photo: Global Look Press/ZUMA/Vernon Young

Many have noted a key role of Indonesia, which becomes obvious as soon as the region begins to be seen holistically. This is a powerfully growing new Asian power, largely overcame the "commodity trap" — recall that in addition to Brazil with her Russia intends to compete in the next decade for the advance of Germany in fifth place among world economies (in terms of PPP). Moreover, its geographical position is unique: the country is posted on several large and small Islands, not just "controls," and in fact "represents" the center position of the Indo-Pacific region.

At the same time Indonesia is a country with a large number of internal weaknesses: from geografico-transport problems of an archipelagic state to ethnic and religious variance, generating political friction, separatism and terrorism.

In this sense, special importance will be relations that great powers will build with Jakarta. This applies both to the obvious rivals (USA and China), and regional leaders like India, without the favor of which a reliable set of relations with Indonesia cannot be built.

It's also interesting that it intends to do in this direction is Russia, which, proclaiming in early 2010-ies of the "pivot to the East", is somehow already have to unzip the Declaration in the coherent set of applied measures, turning it into a real actor that formed its system of regional alliances and partnerships.

However, in isolation from the overall political and trading-economic strategy in the region symbolic renaming USPACOM in USINDOPACOM in itself means little.

The only thing that lies behind this is the increasing concern of Washington about the growing Chinese military and economic power. A sense of the inevitability of confrontation with a superpower transformed China permeated all of the American military-political documents of recent times.

To rely on mere military containment of China is no longer possible. The more that "typical" operation in the East China sea related to the escalation of the conflict around the disputed Islands or, in the limit, with the armed conflict of China and Taiwan remains for the us military, a very unpleasant alternative. Beijing has conducted a comprehensive modernization of the armed forces, equipping them with modern weaponry (own design or bought in Russia).

The Americans in this conflict will be forced to play some modern recension of a classic scenario of "fleet against the shore", where the role of storming the bastions of the ships will drop out carrier strike formations, and coastal batteries will be presented cruise and ballistic anti-ship missiles and air base of China.

Hence, the active attempts of Washington to make India its leading partner in the region, which can be used as a relatively predictable counterweight to China. But the problem with that: after the visit of Narendra modi to China in late April, around is talking about the apparent warming in the multi-year strategic opponents.

Therefore, the course is absolutely everything: from reverence to Washington's threats to block the delivery to India of modern military equipment (drones). The latter creates problems for Russian military exports, as linked with the rejection of Russian air defense systems s-400.