Cold wave: the aliens created the rules of the passage of the Northern sea route Print version Material posted: Gornova Anna M.Publication date: 06-03-2019
Russia comes to the defense of the Northern sea route. The government has developed rules of passage of foreign military ships (the document is available at the disposal of "Izvestia"). US officials have repeatedly stated that they are also interested in SMP and Russia "has no right to dictate their conditions". However, with the adoption of new regulations the situation will change.

Warships and vessels will now have to notify Russia about his plans for 45 days and have to take on Board the Russian pilots. The pass may be denied and in the event of unauthorized movement via the Northern sea route, experts say, Russia will be able to apply emergency measures, including the seizure or destruction of the vessel. 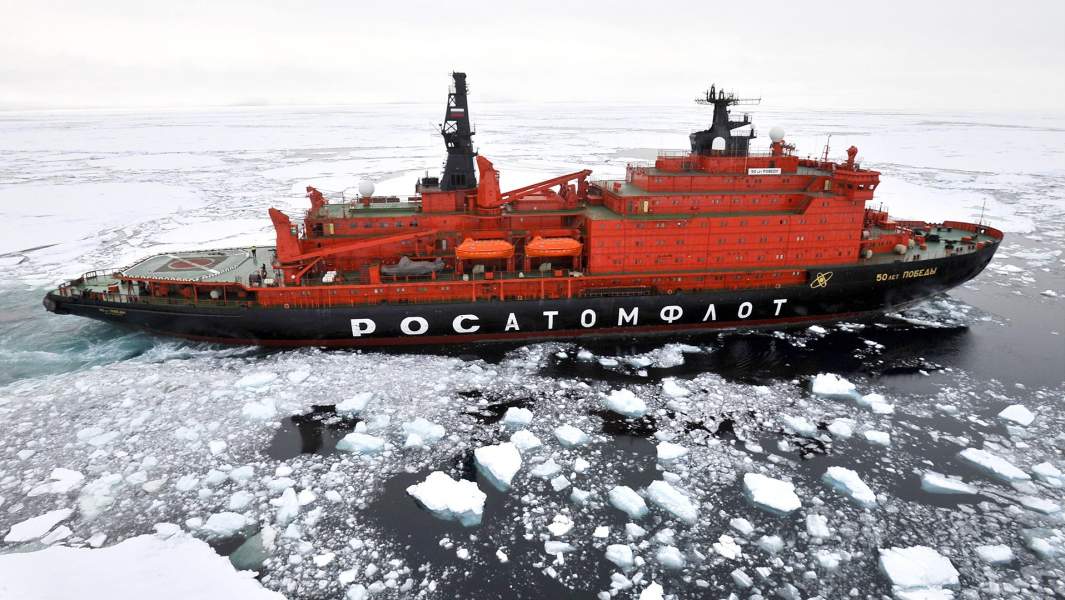 The atomic icebreaker "50 years of Victory" in the Arctic ocean. Photo: TASS/Lev Fedoseyev

The rules were developed due to "activation in the Arctic zone of the naval activities of the various States." It seeks to maintain control over the environment and merchant shipping.

Just on Wednesday, the commander of the European command U.S. army General Curtis, Scaparrotti said during the Senate hearing that "the United States is prepared to contain Russia in the Arctic", as I have in the SMP "resources and commercial interest".

Of particular interest in the Russian North the United States and other NATO countries show a long time and is not limited to words. Last year, the Northern sea route without warning passed the ship's logistic support of the French Navy "Rona". The captain then stated that the aim of the campaign was "the development of our knowledge of the region."

Ships with cruise missiles on Board, passing through the Northern sea route, are a serious threat to Russia, as I keep under the eye of virtually all military and political centers of the country.

In the current international context, the control of SMP Russia is needed, said the "Izvestia", Deputy Chairman of the Duma Committee on international Affairs Alexei chepa.

According to the President of the Center on global interests in Washington Nikolai Zlobin, the new rules of passage of SMP are a continuation of a consistent policy.

— Russia meets long been discontent with the United States, Canada and several European countries, even China claims to have access to the North — said the expert. 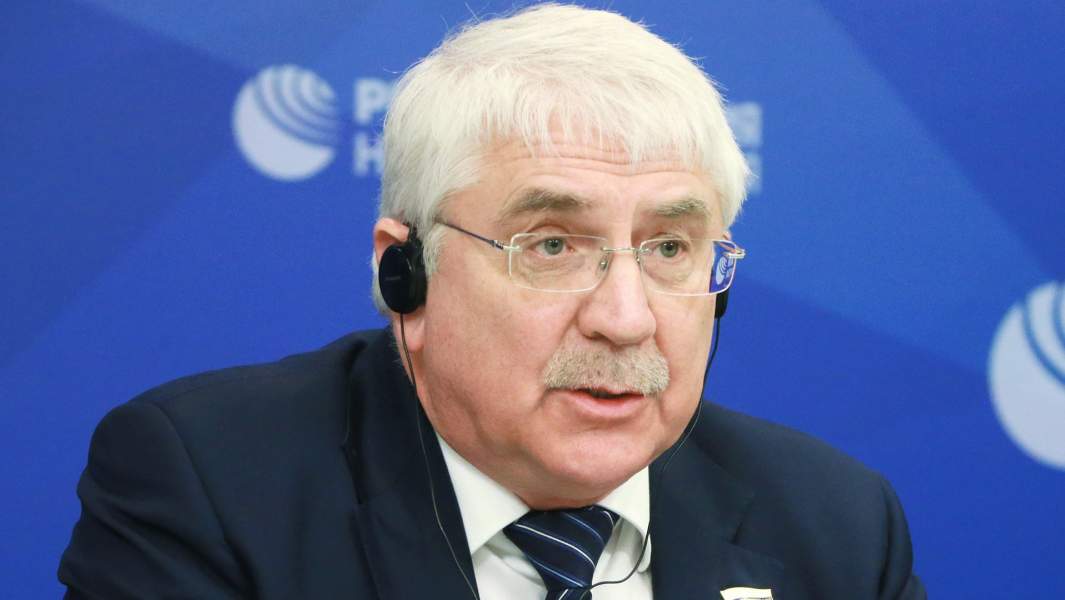 As noted by military expert Vladislav Shurigin, to prescribe rules of the SMP for passage of foreign warships "needed yesterday".

— NATO and the United States may try to create another hotbed of tension near our borders. And the passage of the French warship proves it, — said the expert. — The ships will come, spend some time and go. You will need to follow them and take the support.

Under the new rules, a foreign state must send a notice about the campaign their boats on the Northern route for 45 days before it starts.

The document is required to specify the name of the military ships, destination, route and timing of swimming. And also list the main parameters — displacement, length, width, and sediment characteristics of the power plant. Finally, to inform the rank and surname of the captain of the ship.

Also there will be a requirement to take on Board the Russian pilots. In case of complication of ice is the Russian icebreakers will be required to provide to foreign courts the transaction.

Vehicles have to fulfil the requirements of the protection of the marine environment from pollution. In the case of emergency or deterioration of ice conditions commanders must send to the nearest Russian port or a naval base the message on what is happening.

— If the Russian side will come to the conclusion that the ship is old, has not adapted to the ice seas of the casing or untrained crew, its passage may be forbidden, — has told "news" the Vice-President of the Russian Association of Maritime law, Professor Kamil Bekyashev. 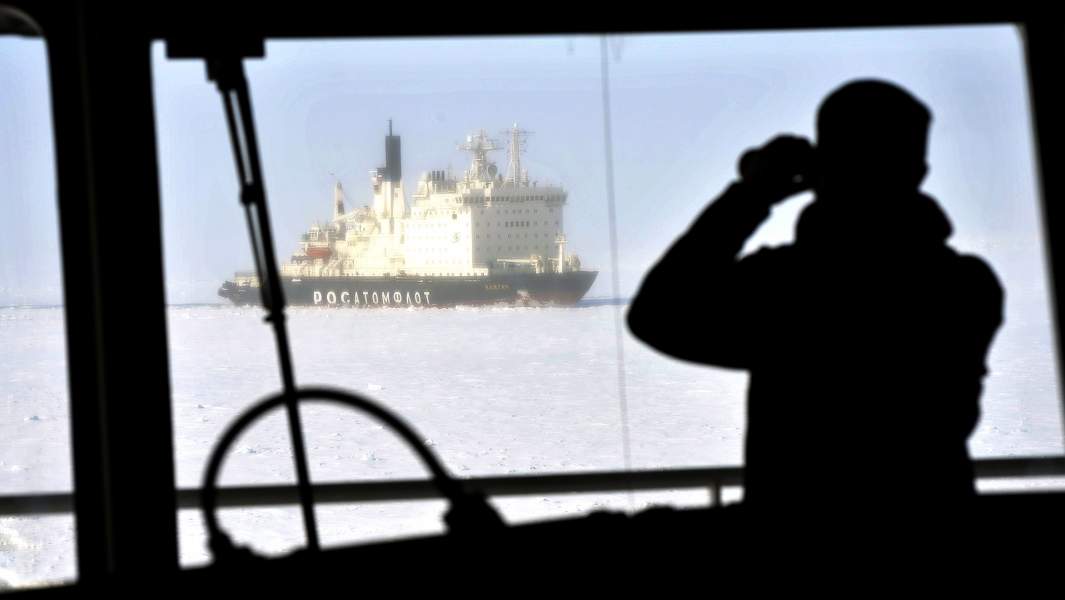 Nuclear icebreaker "Vaigach" on the way to the Western sector of the Arctic, from Murmansk on the Kola Peninsula to the town of Dudinka on the Taimyr Peninsula. Photo: TASS/Lev Fedoseyev

If the ship or the ship will follow the Northern sea route without permission, the Russian side may use coercive measures to stop until emergency, the arrest or killing of the intruder, the Professor says.

— International Maritime and national legislation allow it to do so, as the ship threatens navigation, ecology and human life, — said Kamil Bekyashev.

US officials have repeatedly stated in defiance of Russia, the Northern sea route should be a route open to the entire world community. Last time this was in 2018, officially declared the commander of the US Coast guard Admiral Paul Zukunft.

Indeed, the SMP is not only within the territorial waters of Russia, however, our country has a legitimate right to regulate navigation on all the way, said Camille Bekasi.

Is historically a single transport communication, which is considered our national treasure — says Kamil Bakishev. — It is written in the law "On inland sea waters and territorial sea and the contiguous zone of the Russian Federation". The route goes out beyond the territorial waters or not is irrelevant. In the UN Convention on the law of the sea 1982 has an article 234, which States that in the sea ice-covered areas, coastal countries can set more strict rules for the passage of vessels to avoid the prevention of pollution of the environment.

The US challenged the right of coastal Nations to establish rules leads ships into the Northern latitudes not only in Russia. They do not recognize Canada's right to dispose of the Arctic routes.

The US claim in respect of the Northern sea route goes back to the days of the cold war in 1964 in Washington and Moscow exchanged notes of protest from the attempts of American courts unauthorized to proceed along the coast of the USSR. 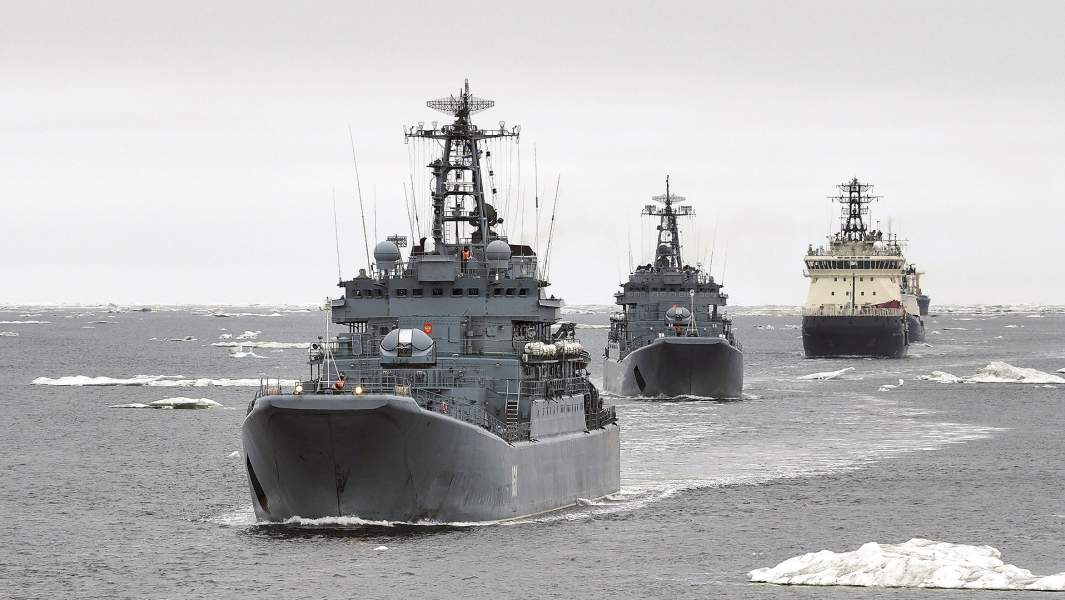 — The U.S. is characteristic of an independent interpretation of the laws, — told "Izvestia" Dmitry Boltenkov. — Since February 11, 1992 boat SSN-689 "Baton Rouge" in Russian waters collided with boat B-276 "Kostroma". And from the standpoint of the United States, at the time of collision "Baton Rouge" was in international waters. That it also led intelligence activities, behind the scenes.

Potentially, according to some estimates, by the Northern route may be carried to half of the Euro-Asian cargo. We are talking about a turnover of hundreds of billions of dollars. The US as a major trading power is not beneficial to the development of the Russian route.

Nikolai Zlobin believes that the strengthening of Russia's control over the Northern routes could cause a reaction also from Norway and Canada.

But if the United States will increase its military presence in the North, it would be contrary to several international treaties on the demilitarization of the Arctic and armed forces in Europe, says Nikolai Zlobin.

Although the Treaty, neither Russia nor Western countries have not ratified so far, he basically respected.