Farms were relevant in a new era: November 28, 2020 marks the 60th anniversary of the Kaliningrad regional Union of fishing collective farms (CORC) is the largest regional industry Association of Russia.

CORK in its current composition was formed by Council of Ministers Decree No. 1799 dated November 28, 1960, to facilitate the component at the time of fishing collective farms. For the previous period smaller farms of the region became part of the larger. Up to this point the farm system of the Kaliningrad region, whose origins are in the post-war period, the USSR Council of Ministers No. 2614 of 1947, signed by Joseph Stalin, there was a large number of small fishing collective farms.

Fishermen flocked to the area until January 1949-th year. To survive in a new place, in October 1947, the fishermen went to sea and began fishing. Their catches, the fishermen sold to the state and these funds have purchased boats, fishing gear, clothing and transport. There were many difficulties: there were not enough experienced personnel, affected ignorance of fishing areas had to be dependent on the fish factory and motor-fishing stations. The imperfection of the system of accounting, control and distribution of income reduced the efficiency of labor, led to the loss of Finance and theft.

Later in the powers of the elected Board of the Union included the distribution of state preferential credits and loans between collective farms and their members on the organization of farms, which led to a positive change of the situation. By 1949, the year the family migrated fishermen received free of charge in the personal property of housing. Then, in the fishing collective farms opened schools, kindergartens, libraries, clubs, shops, health centres, was established social structure, organized courses of training.

The Union has been organizing offshore fishing expeditions. In 1961, the year the fishermen started fishing in remote areas in the North-West Atlantic, the North sea area of the Islands of Newfoundland, Nova Scotia and others. This required clear communication with the state database, which at the time was not debugged. Because of this, the fishermen have lost up to 30-40% of production time waiting for the approach of foster databases and waiting for the ship repair.

In the 60-70-ies there were all the missing links of efficient production in the form of a joint inter-collective farm production and the development of their own processing, which enables the processing of catches for shore, ship repair and engineering support. Artificial fish breeding in lakes and ponds have not yielded the expected results and were shifted to artificial regeneration of fry stocking of the ponds and implementation of fry to other regions and republics of the USSR.

Within 10 years 67.5% compared to 1989-th year compared to 1979, the company has increased the production of canned, preserved, dried, salted and smoked products, which produced an increase in farmers incomes 3.5 times. Subsistence farming received support and development. Economic stability has allowed the collective to Finance the development of coastal fish processing, fleet construction, purchase licences for fishing in zones of foreign States. The system of collective fishing has firmly taken a leading position in the fisheries of the region. 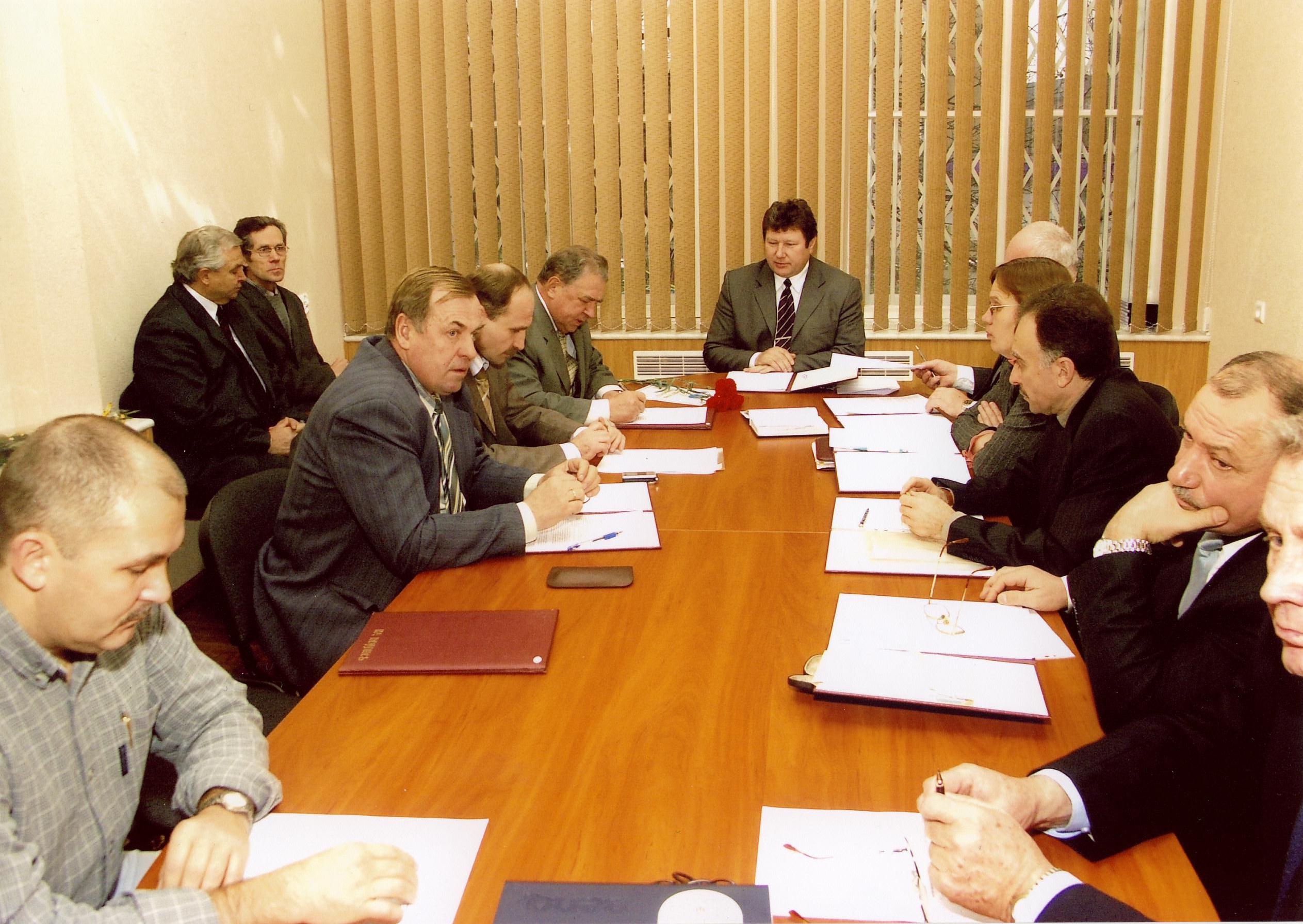 The Board CORK at work. Photo courtesy of Anna Gornova.

"Today too there are development opportunities. In particular, we intend to seek the inclusion of coastal areas in the state program "Complex development of rural territories". Good opportunities within the legal field, the development of agricultural cooperation. The history of the formation of our collective system is a vivid example of the effectiveness of the principle of cooperation, interaction taking into account the specifics of the coastal areas of our country. In this direction, I see great potential for the development of the economy and territories. Today, our organization has started to update the fleet for the regional program of development of coastal fisheries," – commented on the situation to the media portal of the "Sea and Space" Oleg Tverdokhleb.

All participants of the Kaliningrad Rybakkolkhozsoyuza happy anniversary! All of its employees, all those who work at sea and on shore for the benefit of their families, for the good of Russia we wish you prosperity, plenty of waves of good luck in a profession harmony with the Sea, comfort on the banks of the fishing light and bright happy stars in my life.

Earlier it was reported that the Union of fishing collective farms of Russia has come to its 35th anniversary.