Whether to wait for sea level rise the residents of the Baltic coast?

Whether to wait for sea level rise the residents of the Baltic coast? On the results of underwater research says Dmitry Dorokhov, PhD in geography, senior researcher of Institute of Oceanology P. p. Shirshov of RAS, head of the expedition on the "Akademik Nikolai Strakhov" and coastal expeditions.

"We have been studying the coast, but not modern and ancient. They allow you to look deep into the processes that occurred earlier in the course of global climate change. This is important not only to study the history of the sea, but also understanding how they will change banks in the future.

Cycles of warming and cooling were very many in the entire history of the Earth. Recent warming in the course of which formed the Baltic sea, began about 15 thousand years ago, after he started to retreat of the Scandinavian glacier. In all that time there were constant significant fluctuations in sea level, and still it continues to grow," said Dmitry Dorokhov.

"During the expedition on R / V "Akademik Nikolai Strakhov", and then using the small boats we have conducted a series of studies in the area of the Cape Taran. This place is unique because there is, first, there is a strong enough wash-out, as the Cape is deployed toward the prevailing winds, and secondly, on the surface of ancient indigenous breed of very dense Sandstone. 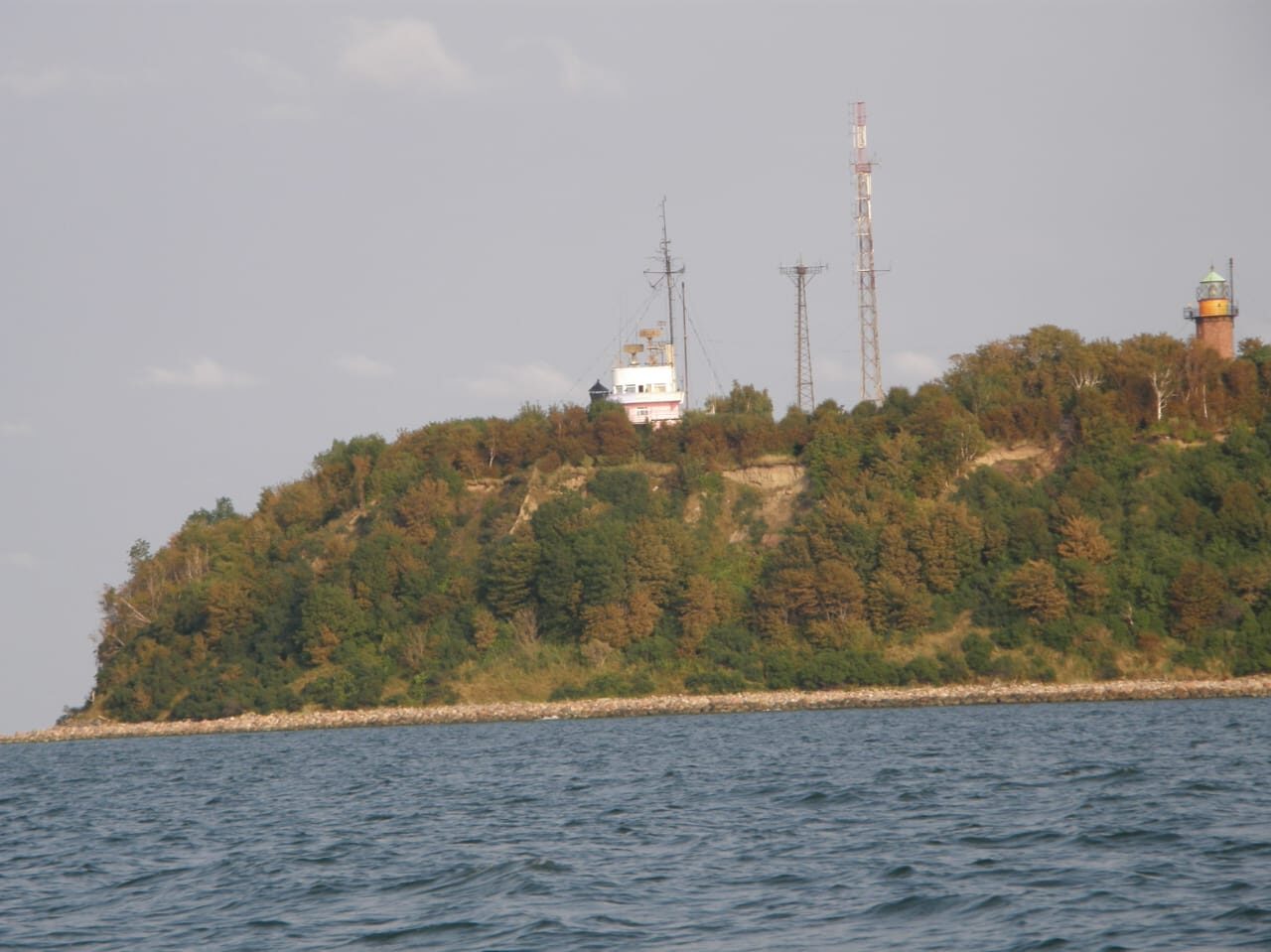 I must say that almost anywhere in the Baltic region is not preserved pristine shorelines in such good condition. As the sea levels in the greater part of the period has risen rather slowly developed previously ledges in relatively soft rocks were destroyed by waves, and in the Northern part of the Baltic sea, they could not be formed in hard crystalline rocks. On the promontory of the same RAM, the ancient cliffs are composed of solid cemented Sandstone, which only prolonged exposure to waves is susceptible to erosion. So here they are very well preserved.

In principle, the sea level fluctuations is well studied in different parts of the Baltic except for the Russian sector, where there is conflicting evidence.

Water in ancient times was much lower, the lowest level in the South-Eastern part of the sea was at the level 55-60 m is relatively modern. That is part of the land was flooded during warming.

Work on the construction of a paleographic curves, usually based on the fixing of individual points, a kind of natural “artifacts”, which confirmed the presence of marine conditions in antiquity. Somewhere these points were under water, some on land. Levels have to establish the Dating of the column of rain, over stumps that are under water or on the shore, the peat and so on. At this point subsequently built a curve of such a change, and it is clear that the accuracy of such reconstructions is small.

As a result of our studies were able to clarify the most modern at the moment, the level curve of the South-Eastern part of the sea, but not on indirect artifacts, and "direct evidence": on the location of the ledges of the sole.

The highest ledge (up to 10 m), which is located on the underwater coastal slope of the Cape Taran at a distance of 3-5 km from shore, was first investigated by multibeam echosounder of R / V "Akademik Nikolai Strakhov". His sole is at a depth of about 30 m, which indicates the long standing sea (about 4 thousand years) at this level below the present sea level.

When we started to interpret the data, we saw white spots and out further to sea in small boats to doobsledovanie such areas using single-beam echo sounder. At the end of the cliff today you can explore as if it is on land: we received a detailed digital elevation model, built 3D model, – in short, cliff can now see with your own eyes and to study its geomorphological characteristics according to standard techniques.

Now a lot of talk about raising the Global sea level due to global warming, but, as already noted, the warming and cooling has happened on our planet more than once. We conducted a simulation of the coast under one of the grants of RFBR. The model was calculated for various time period at 100, 500 and 1000 years. It showed that, even if not to take into account the natural slowing down of sea level rise, nothing really catastrophic can't happen.

Forecast maps of the 100 years observed the most vulnerable to flooding areas: the base of the Curonian spit and the coast of the Baltic (Vistula) spit. After 500 years there is a breakthrough of sea water through the spit and increase in the area of flooding KOs and some land. Breakthrough also occurs in marine waters in the coastal Bay district p. mechnikovo. In 1000 years there has been a flooding of small areas to the North and North-East of the Kaliningrad Bay and the southern part of the Curonian lagoon. Such consequences can be avoided by the timely adoption of measures to protect the most vulnerable parts of the coast.

However, there is one "but": the process of destruction of the coast will strengthen during the sea-level rise and increase in the number of storms.

Than it threatens? Those who do not live directly on the coast – almost nothing. To attend, you may have the owners of those mansions that were built directly on the edge of the sea. Not through 100-1000 years, but much earlier.

Drastic changes can happen within a few decades, because the cliffs on which stand these houses will continue to be developed, and the upper edge of the ledges inevitably crawl down. The problem is, and it is not only in the Baltic. A similar situation, for example, in the Crimea. But that is another issue, and they have to deal with specialists perigosamente", – concluded the oceanographer.

Earlier it was reported that marine geologists said outer limits of the continental shelf of Russia.


Source: Media portal of the Sea and Space